Electrovoice RE20 vs. RE27 | WORTH THE PRICE INCREASE?

Before we get into the Electrovoice RE20 vs. RE27, grab a snack, sit back and relax because…

I will outline the RE20, compare it to the RE27, and then give a Final Word/Recommendation. 🙂 The rundown:

The Electro-Voice RE20 has become a staple over the last 20+ years and is considered the Gold Standard in Broadcasting. Just take a look around on television and you may spot one! In fact, I was watching the show “Love” on Netflix a while back, and one of the characters (who was a broadcaster) used an RE20 in his radio station.

One of the most prominent features is its lack of a proximity effect. Whereas most mics require you to be at a specific distance and position in relation to the mic, the RE20 is very forgiving. Its sweet spot is much larger in diameter and you can get away with talking into it from pretty much anywhere!

It’s also very forgiving of your less than ideal studio environment, not unlike other dynamic microphones. It does a phenomenal job of rejecting background and ambient noise, with minimal room treatment.

I honestly couldn’t find anything negative about it that was noteworthy enough to mention.

Endorsed for all of the following:

A good preamp, or an audio interface in conjunction with the Cloudlifter. Your audio interface. The Cloudlifter in essence provides the extra 25 dB of clean gain required to power this mic effectively. If you don’t want to drop the money on a preamp, this is the perfect route.

So to save money, your chain would look like this:

Focusrite Scarlett 2i2 + Cloudlifter + RE20. That would be my recommendation to cut costs. In addition to that:

What preamps are people using?

Bit depth vs. sample rate (how your computer processes sound). 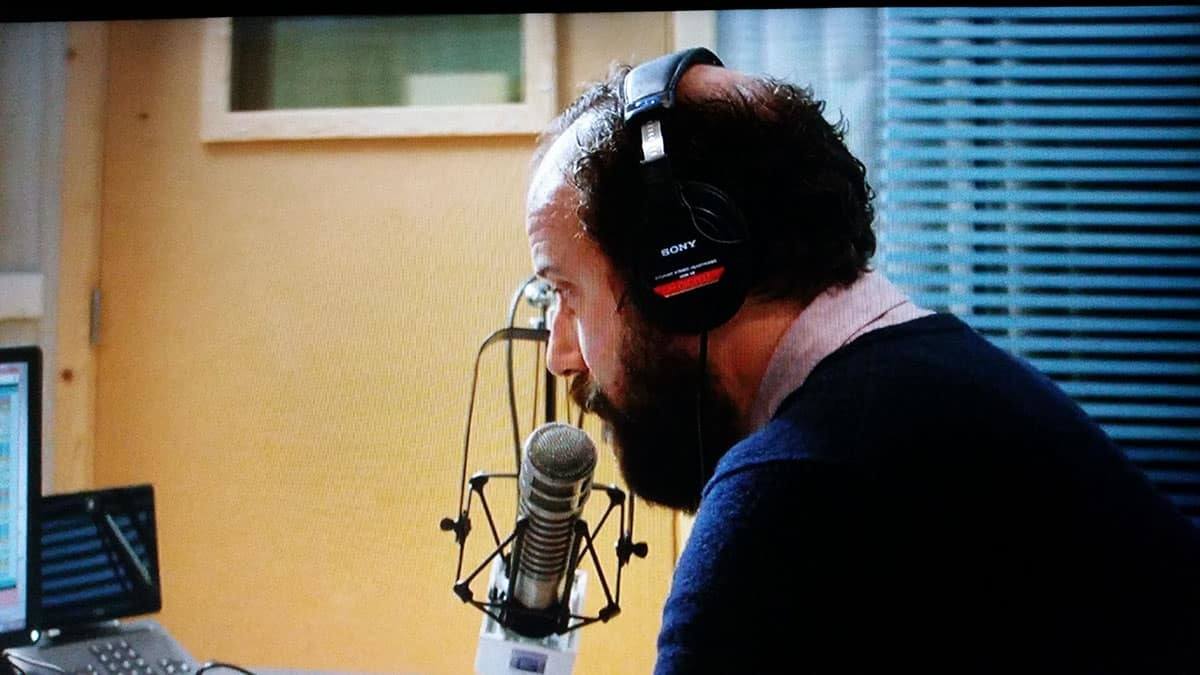 A rock-solid and versatile microphone with a more than forgiving nature. Just make sure your audio chain is set up properly, and to suit YOUR taste.

Both have similar look and feel.

Think about the type of sound you want before purchasing either of these. If you need a brighter sound and have a heavier voice, the RE27 may be your boy. If you prefer a darker, flatter, more radio-type sound, the RE20 is a beast. It’s much more flexible due to its neutral response. It really comes down to preference, and if you need the added features that the upgraded model provides. The RE20 is my choice because of two things: 1) It’s easier to EQ, and you will do less EQ’ing with it overall. 2) I’m an original type of fella. I want to hear the first that came along, and in this case, that’s the RE20.

SEE THE RE20 FOR YOURSELF ON AMAZON!!

Now I do believe the top 3 dynamic microphones goes like this:

CLICK HERE TO LEARN MORE ABOUT THE HEIL PR40 vs. SHURE SM7B!!

Well, that’s about it for today my friend! I hope you’ve enjoyed this article on the Electrovoice RE20 vs. RE27.

Are you convinced that the RE20 is the way to go? I would love to hear from you. Until next time…

0 shares
Electrovoice RE20 vs. RE27
2 comments 0 FacebookTwitterPinterestEmail

THE RE27 BETTER FREQUENCY REPONSE THAN THE RE20? DEPENDS HOW YOU MEASURE IT. THE RE20 IS FLATTER AND HAS MORE BASS. THE RE27 IS OVERLOADED WITH HF AND THE BASS REALLY ROLLS OFF BEFORE 50 HZ. THE HF IS VERY UNNATURAL AND THE 27 IS ONLY USABLE BY USING THE HF ROLLOFF, OTHERWISE TH 27 IS SHRILLY. MOST RECORDING STUDIOS PREFER THE RE20 FOR ITS NATURAL RESPONSE. RADIO LIKES THE RE27 FOR ITS CLARITY AND PUNCH. I AM OLD SCHOOL AND PREFER THE RE20 FOR ITS VINTAGE SOUND. THE RE27 IS TOO MODERN SOUNDING FOR ME AND SOUNDS GREAT ON A CELL PHONE SPEAKER, SMALLER THAN A BABY’S FINGERNAIL. SO, THE RE27 HAS BETTER QUALITY? NO. IT’S DOFFERENT, NOT BETTER. SIMILAR TO THE DIFFERENCE BETWEEN THE HEIL PR30 AND PR40. VERY SIMILAR. I HAVE ONLY BEEN IN THE BUSINESS FOR 50 YEARS AND OWN RADIO STATIONS, WORKED IN STUDIOS. THESE COMPARISONS ARE VERY SUBJECTIVE. TO SAY, IT’S BETTER? THINK AGAIN.

Thanks for your input Anthony! Would you say there’s a huge difference between lower priced mics and higher ones? I’m of the opinion that the law of diminishing returns tends to kick in fairly early with mics, even more so than headphones, or amplifiers and dacs!