Before we get into the Yamaha HS5 vs. HS7, grab a snack, sit back and relax because..

For the purposes of this article, I will compare and contrast the HS5 and 7, and then give a recommendation towards the end. 🙂

The Yamaha HS5 is an entry-level monitor that sounds very clean and pristine, with a clear mid-range but not a lot of bass to speak of. Because of this, it does very well for its intended purpose though some people may not like the lack of low end. What are studio monitors?

That said, because they have virtually no bass, you might end up overcompensating and the mix could turn out muddy on other sources. We want to avoid that.

Because of this, you’ll probably need to pair them with the HS8S sub-woofer if you were to go this route. The problem is that it becomes pretty expensive to do that. We’ll get into the alternative towards the end. 🙂 For now:

How do the HS7’s compare? Do they have more bass? Are they the better buy? Let’s find out!

If you’re mixing in a smaller space, The HS5 would be a good option if not for the lack of bass.

What do I recommend? 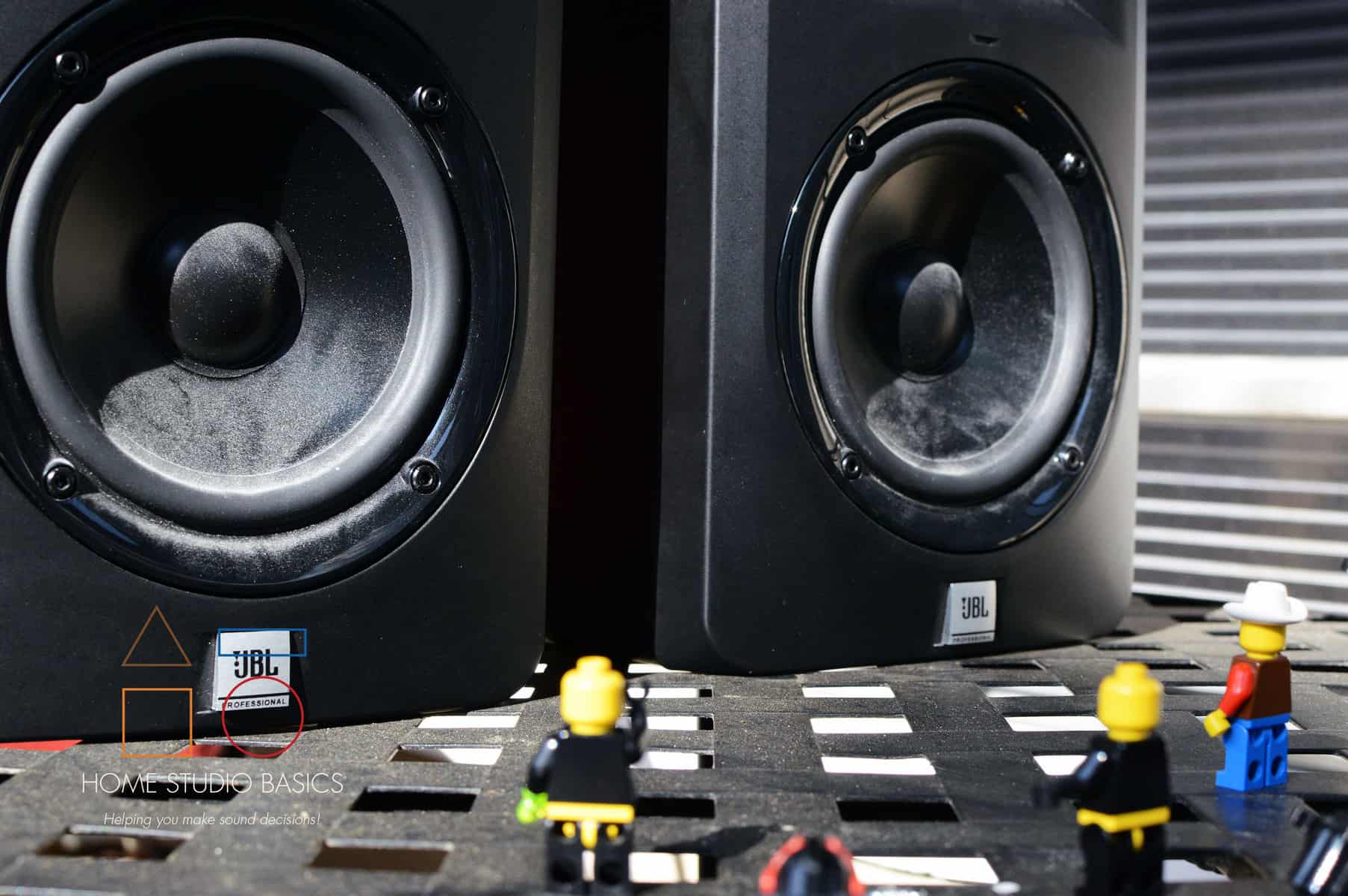 Of course, I’m going to steer you in the direction of the JBL LSR 305. I’ve had them sitting in my studio since December 2014, and they’re absolute workhorses. They are much livelier and work better in treated as well as untreated rooms. The bass digs deeper, but it’s never too much. The sound is amazingly crisp, clear, and accurate for mixing. You won’t need a subwoofer, and they’re more affordable than an HS5. Interested in learning more?

While the 305 is the entry-level solution, the HS7 provides a nice upgrade. It’s got more bass than both an HS5 and 305, and should be sought after if you have a medium to larger sized room, need a bit more treble/detail, need a bit better imaging, or simply need more power. Interested?

SEE THE HS7 ON AMAZON!!
SEE IT FOR YOURSELF AT SWEETWATER!!

Well that’s about it for today my friend. I hope I’ve explained the differences between the Yamaha HS5 vs. HS7, and given you some newfound knowledge!

Questions? Comments? Requests? Did I miss the mark on something? Please leave me a comment below or Contact me!

Which of these monitors sounds like the better option for you? I would love to know..

For some reason, here in Brazil the Jbl lsr305 is about the same price as the HS7. You compare the Jbl with the hs5 in another post, but how would you compare it with the hs7?

The HS7’s will be a bit more powerful, and will work a bit better for medium to somewhat larger rooms. Choosing one or the other isn’t going to be a life and death matter, but since they’re about the same price where you are, I would say give the HS7’s a go. The 305’s are incredible for the price however. Where I am they are basically a steal. How much where you are?

Nice. So based on your opinion what set should i go for, hs5 with sub or hs7 with sub? No problem with the money I just want the best set of monitors at this price range.﻿

I would go with the HS7’s they just sound fuller with more body. You won’t really need a sub with the HS7 either. Let me know if that helps!

i find myself between the HS5 e HS7
a) i’m preety sure my room is small and HS5 should be ideal. Price is affordable. But I’m not willing to end up buying an HS5 and missing low frequencies;
b) on the other hand, I’m aware that HS7 an HS8 low frequencies may cause trouble in the definition of the sounds, if the room are not wide enough for the wave lenghts.

That said, what are your parameters of a short, a medium and a large rooms? Like, dimensions, really… What’s the ideal size of room for HS5, for HS7 and HS8, approximately?

The average-sized room for HS5 would be something like 10 x 10 ft. or 11 x 12, and 14 x 16 for HS7 or HS8. That’s kind of a generalized recommendation, but I would never put an HS8 in a 10 x 10 or 11 x 12 if that makes sense. You could go with the LSR305 as a compromise. Perfect for small to medium-sized rooms and even large. They were my go to monitors for many years before I had to sell them in 2019 due to finances. I am looking to get another pair! Either those or HS7 are the ones I have my eye on. I would not feel comfortable mixing on an HS5 because of the bass.