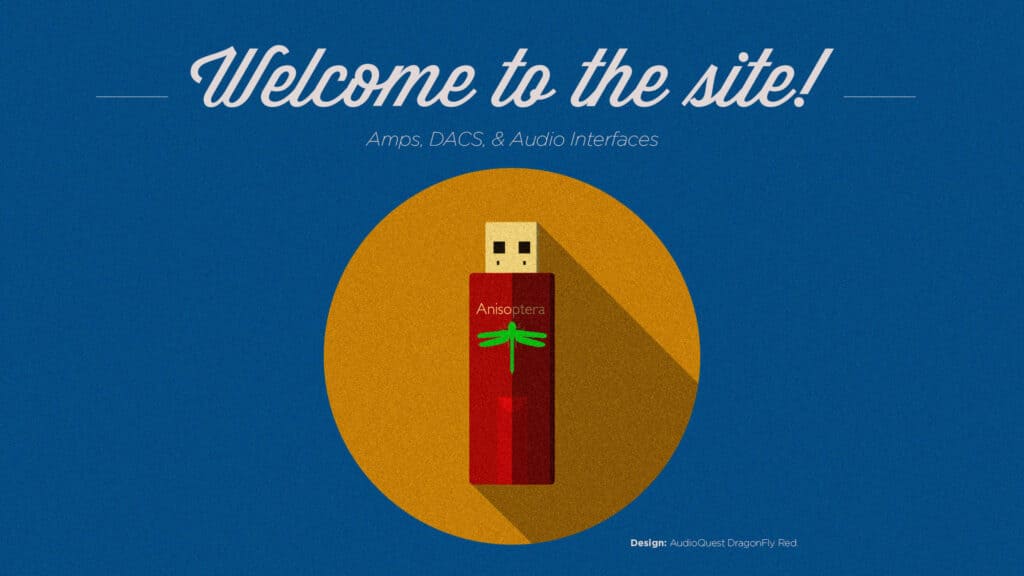 Contact me if you would like to send something for a demo. I’m always looking to test new products out! Just use the form “All other Inquiries & Questions”

A look at some Amp/DAC stacks and how they compare to other products! More to come.

An in-depth look at the Zen line of Amps & DACS

Be sure to check out my Resources page for more helpful and informative articles!

Stu, I finally bought a Philips Fidelio X2HR on sale. I am starting to listen to classical music especially but I have a low budget and I wanted to ask you what things produce the most significant improvements:
1) with a headset of sufficient sensitivity and low resistance, is a dac or external amplifier necessary? I read this (https://www.soundguys.com/do-you-need-a-dac-13488/) and it left me with doubts, is it possible that smartphones have improved their technology and the difference with a dac is small?
2) To have a neutral and more analytical sound, is it convenient to equalize? If so, towards a flat curve or better aim at the Harman curve? (guided me in these recommendations https://github.com/jaakkopasanen/AutoEq)

That’s actually a great question. Amps and DACS are becoming sort of a meme, and I’ve been harping on this point for over a year now. I was just talking to someone on Instagram the other day about how phone dacs are closing that gap between bad quality and really good quality. In fact, whenever someone new asks me about a dac and they’re primarily using their phone, I ask them immediately which one it is so I can get a better sense of if they actually need a dac. I still think an amp/dac is necessary in many cases, but to answer your question: Absolutely. Smartphones have come a long way. I personally do most of my listening on desktop so I really do have a need for a good DAC.

As for your second question, you’ll find different schools of thought on this. For instance, Metal571 prefers the Harman target AFAIK, and yeah, generally speaking, my preferences fall in line with it as well. I mostly prefer the Audeze house sound which is similar: Flat bass, slightly elevated mids, rolled of treble. I mostly find myself EQ’ing to to this type of sound. Similar to the Harman target, but not exactly in line with it.

As you may or may not know, Classical does extremely well with some added bass emphasis (not too much), because the genre is really volatile and can easily sound tinny, bright, scratchy, and obnoxious due to it’s seemingly unpredictable variations in decibel level. I’m sure you’re at least partially aware of what I’m talking about. I find it to be very irritating at times, as most headphones don’t do too well in handling these discrepancies. Interestingly enough, I found the Philips SHP9600 to do very well with it, and really any amp/dac that has a warmer tone can also help mitigate those unwanted side effects.

So if you wanted to take the plunge on something to pair with the X2HR, definitely give the hip-dac a look, as well as the FiiO Q1 MK II. Both of those have a warmer sound that pairs well with the genre. 🙂

Let me know what you think!

Thank you very much Stu, it was very clear to me. My current smartphone is very cheap (Huawei Y7 2018), when it dies, I will try to look at something with a little better audio (used LG V, Nokia 6. or something like that).

Yeah man! Let me know if you need any further help if you do decide to purchase a separate dac for your phone, and just keep me posted in general! 🙂

Hi Stu!
What is a DAC you would recommend pairing with the Objective 2 and the Sennheiser 6xx? Would be willing to spend aound 100 $.
Love the blog btw.

Thanks man! If you are getting the Objective 2, I believe you should get an OL DAC to pair 🙂

I got the K3 because I was looking for a good DAC/AMP unit around the $100 mark. This DAC AMP is almost perfect. Almost because it MIGHT not have the power to drive power hungry headphones. But for 99% of the headphones that are under 100 ohms, this is more than enough.
Sound quality is A+, setup is easy – you just plug it in and it works.
Definitely recommended.

Yes! I love the K3! Agree about power output. It was a bit disappointing unbalanced, but it still does pretty well with most headphones. I can technically run it with my HD600’s, but there’s hardly any headroom. I wish they would have just used the same power output unbalanced that they provided with the E10K, and then used even more than that for the balanced 2.5mm jack.

Thank you for sharing this site with us.

You’re very welcome my friend! Need any help with anything? Let me know!!

Hey man! Love your work. Helps a lot and that little touch of humour in your videos is a nice touch hehe.

I have a little question for you. I am currently looking for the best option to drive my headphones to get the max resolution possible. I have two Beyerdynamics set. DT 770 M 80Ohms and a pair of DT 990 250Ohms. For listening experiences, I want to try the BTR5. Connected with a usb-c lightning cable on my iPhone using Apple music ALAC Hi-Res service. My question is, with that setup (I want it to be as portable as it can be) is the BTR5 good enough to my needs? If not, which one would you recommend? Budget is not an issue!

Thanks a lot again for your work and in advance for your response!

Hey man thank you so much! YouTube videos have been sporadic lately because of my camera, but your comment makes me really want to get things squared away quickly! Much appreciated 🙂

As for your question, BTR5 is totally fine with both and will drive them wonderfully. Great choice there 🙂 Let me know how it goes..

Hey Stu, thanks for all the work you’ve put into this website. Quite a helpful resource, I’ve got a question about amps that’s been on my mind while doing research here & elsewhere.
Whenever people say that a headphone has an amp requirement, the main thing they mention is that the headphone needs more power to reach “peak loudness”. How loud exactly are we talking here? Because I have pretty sensitive ears and usually keep my audio levels quite quiet (heh). For example when I’m watching a video or playing a game I keep the windows sound slider at 8-10 out of 100. If I’m enjoying a song I might turn it up to 15 but never past that, in the 20s it gets uncomfortable and past the 50s I’m pretty sure I would rupture an eardrum. So say you were to plug in a K702 straight into the computer, would it give enough power to reach a volume level of 15 or would it still need extra amplification? Additionally, does an amp have a noticeable effect on sound quality or is it primarily just loudness?

For more context the headphones I’m currently using are the Sennheiser Game One’s, which afaik is just one of the older hd500 series headphones with a mic attached to it. Its specs are 50 ohms and 116dB/V.

Bonus question I’m curious about: You’ve mentioned that the HD600 lineup is a better investment than HD500 because it has a far superior sound for music, but i think you’ve also said that they have poor imaging for gaming/film. If you had to choose between the HD6XX or the HD560S as your only headphone that’s split evenly between gaming/music/movies, which would you rather pick?

Generally speaking, 115dB on the loud-ish side and 105 if you’re on the quieter side of preference.

As for a K702 plugged in to a computer, it really depends on the Soundcard but generally speaking, I’m going to lean towards “No” in the majority of cases. This is because most PCs and laptops don’t provide enough juice due to the fact that most companies don’t prioritize audio in their builds.

I will say that it’s gotten a lot better over the years though. For instance, Apple products generally have really good internals and you may not even need something separate. It really just depends on the manufacturer though. So to answer your question, yes, in 99% of cases I would purchase someothing extra for the 702 as it’s very inefficient. The “Power-Hungry” notion you’ll read about across the internet was a bit overblown, but they do need something.

Lol at the Game One. I can’t say I’m surprised to hear that, but I did laugh out loud. For those plus a decent internal soundcard, you’re likely just fine as they’re very efficient.

As for your last question, that’s a tough one!

To be honest with you, I may lean slightly towards the 560S for that purpose but because I already have a K702 I didn’t really desire one if that makes sense. I also outlined my thoughts in the 560S vid if you’re interested.

Keep me posted with further questions. 🙂