Part of the iFi Zen Mini-Series!

Shout out to Lawrance and the folks over at iFi for their continued support in sending this demo unit!

Before we get into the ifi Zen Amp/DAC Review, grab a snack, sit back and relax because..

Even despite my complaining every time a DAC hits the market (and for good reason), it truly is a good time to be alive. iFi’s new Zen is part of the reason why. It was the first time receiving a product from a company where I thought, “Technology is truly advancing at an almost alarming rate.”

Times are much different now. No longer does it require your kidney to achieve great sound, whether in setting up a small home studio or just simply investing in a good pair of headphones and an Amplifier to listen to your favorite music.

If my maths are right, roughly $339.23 will net you 97.2879% of what you’ll ever need. My readers and subscribers by now should understand that the Law of Diminishing Returns runs rampant in audio, as it’s rarely worth investing much beyond that initial set up. Any subsequent attempt to achieve a better sound is almost futile (there are some exceptions of course), and will have you ending up deep down the rabbit hole (or whoring yourself on a side street for cash to buy more audio). Moar Audio.

“Yo I got these Cheeseburgers man!”

It feels like iFi is attempting to set the bar high with their dirt-cheap Zen DAC/Amp, while at the same time impressively mapping out a standard and daring other companies to match it.

This thing clearly has no business being so affordable, and we’ll find out exactly why in this write-up.

So strap on your seat belts folks and get ready!

For a full list of specs, head on over to iFi’s website and check out the Zen: Zen DAC by iFi audio!

The build of the Zen is the first thing that will jump the f*** out at you. Go ahead, put it in your hands, and marvel. This baby is hefty. Imagine flopping out of the womb at a cool 25 lbs. That’s what you’re getting here. There’s weight to this puppy. It almost feels like you could casually toss it on the ground and it would ask for more like Mick Foley.

One of the things I complained about with JDS’ Atom is that it just felt too light. It wasn’t a deal-breaker by any means, but when a $130 product feels as solid as the Zen does, it makes you wonder why other companies can’t follow suit.

The analog-digital volume control is a dream to turn, while the True Bass and Power Match Buttons feel incredible to the touch. Everything about this beast screams quality, from the connections on the back to the sleek and attractive front. It’s an elegant alien if there ever was one. It’s kind of futuristic-looking sitting on your desk, and comes packed with a lot of features at this price point! 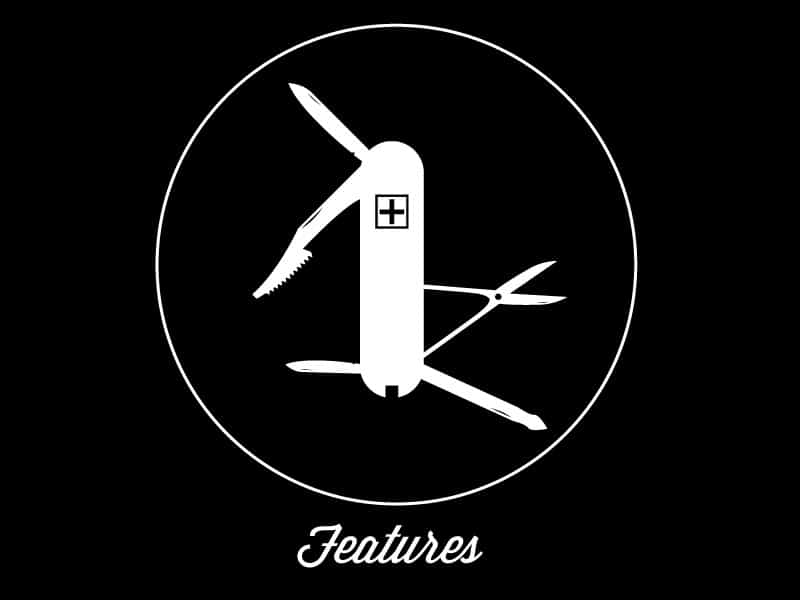 On the front, we’ve got a power match button, which kind of mimics the effect of a gain switch. I mostly always have this on; there’s really no reason to have it off unless you’re running some IEM’s or other low impedance, high sensitivity headphones.

The True Bass feature is probably my favorite so far. I have yet to feel as if it’s too much. It seems to do a good job matching the headphone in question, adding some sick low-end rumble without feeling bloated, cheap, or out of line. It’s really the perfect amount of added thump with a headphone like the HD600, Creative Aurvana Live! or Philips SHP9500. I actually love the 9500 paired best as far as bass goes. It really fills the headphone out nicely while still helping to retain the 9500’s incredible sense of clarity, detail, and depth.

The analog volume control can be used to control the headphone volume or preamp volume. For the preamp section into some separate speakers/monitors, just switch it to “Variable” on the back.

The LED light indicates the audio format you’re in, and the Zen impressively covers a wide range:

Zen comes with a 1/4″ unbalanced jack as well as a 4.4mm balanced analog output. 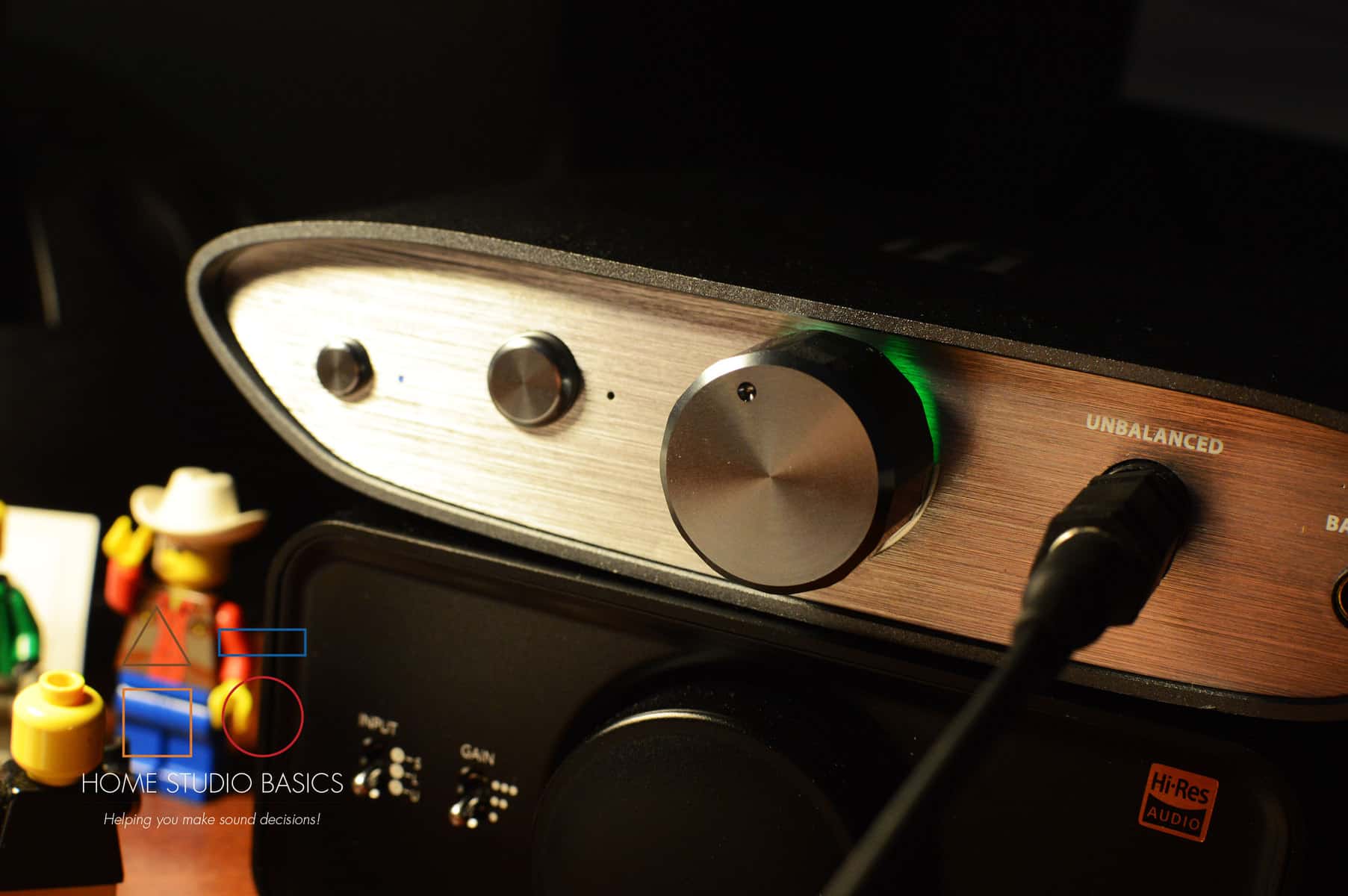 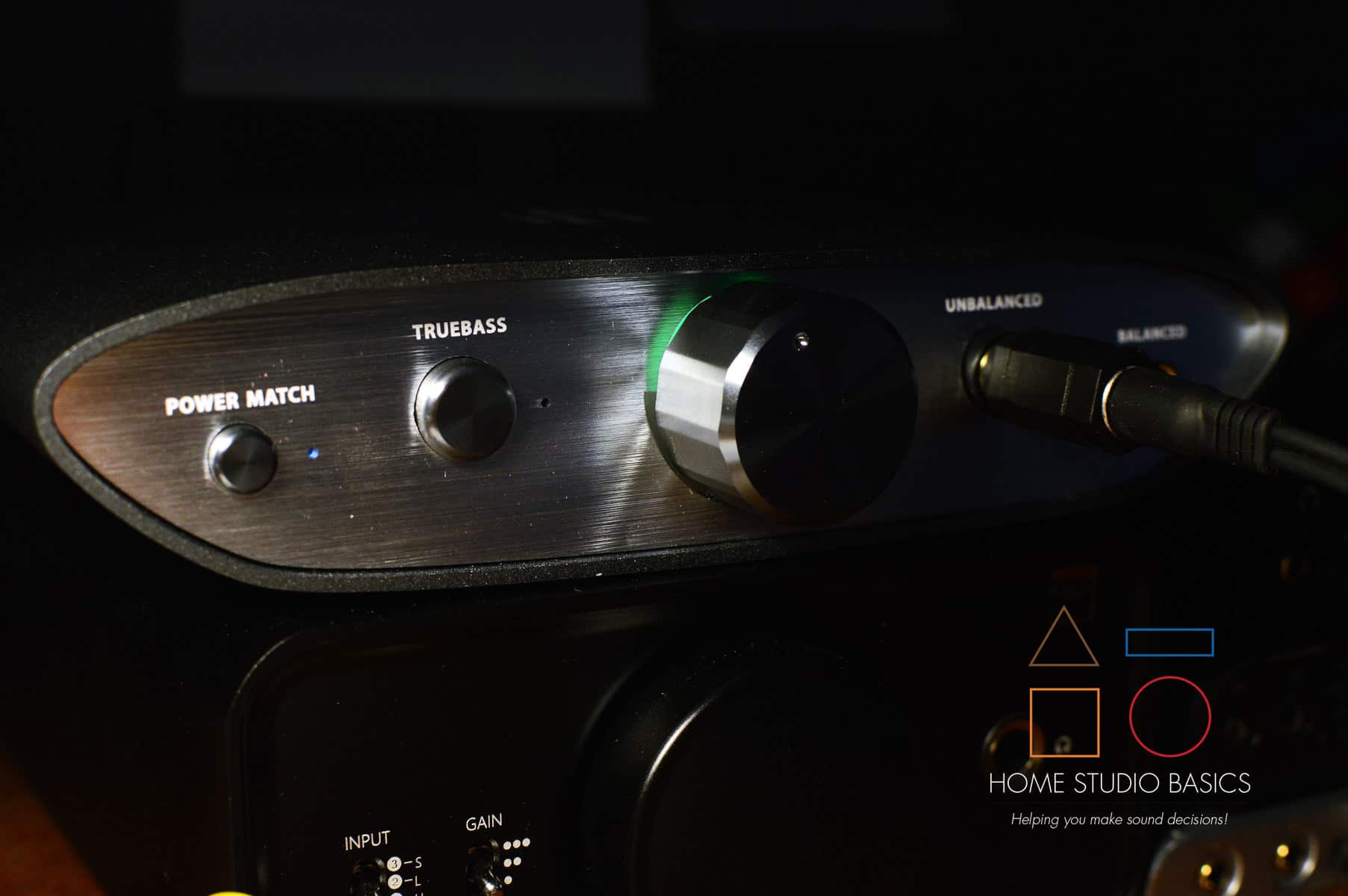 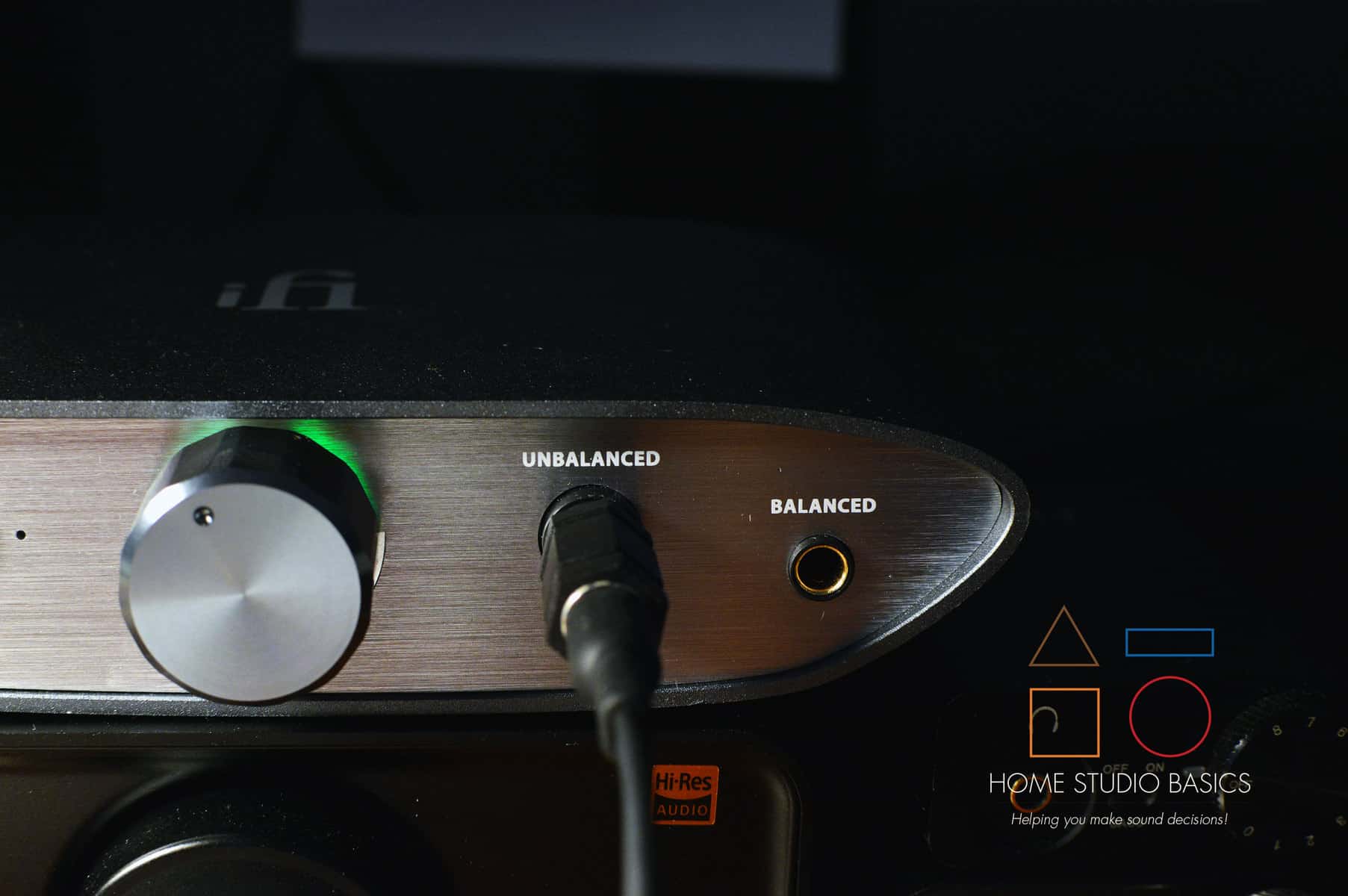 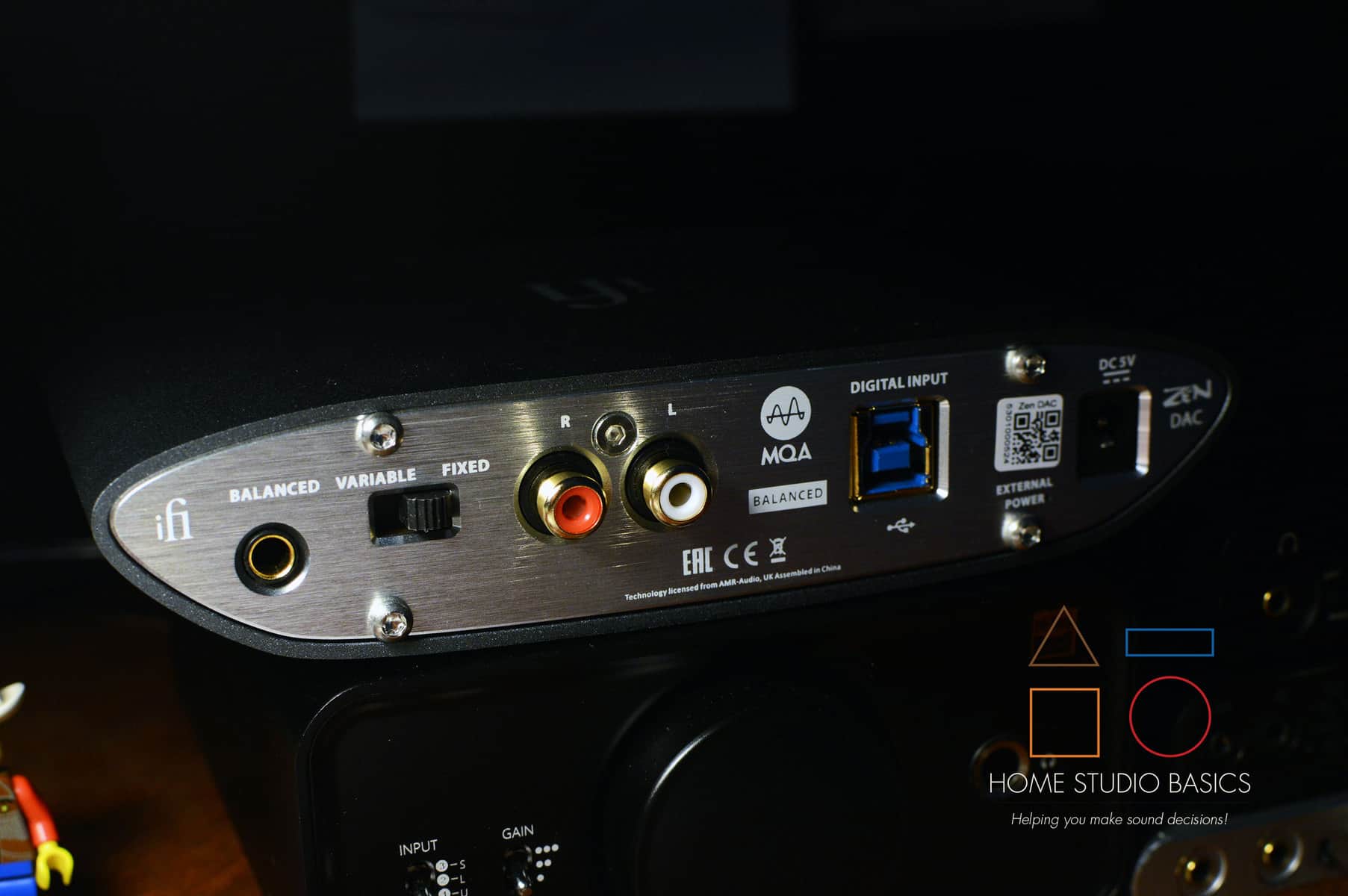 First up is another 4.4mm analog output. You can use this to connect to some separate powered monitors/speakers via something like this 4.4mm to dual XLR cable.

The Variable/Fixed Switch that we mentioned earlier. Variable is for outputting to Speakers/Monitors while Fixed bypasses the Volume Control for said speakers and will be used while you’re listening to music through your PC.

The RCA/Analogue Outputs can also connect to some separate monitors/speakers. Just use something like this Dual RCA to XLR Male.

iFi also claims a power brick comes with the Zen but I did not receive one inside the package.

These are really the only 2 cons to an otherwise wonderful product, but it’s something to keep in mind. Technically you don’t need the brick; you could just keep it plugged into your PC and it will always stay on that way.

How powerful is the Zen though? 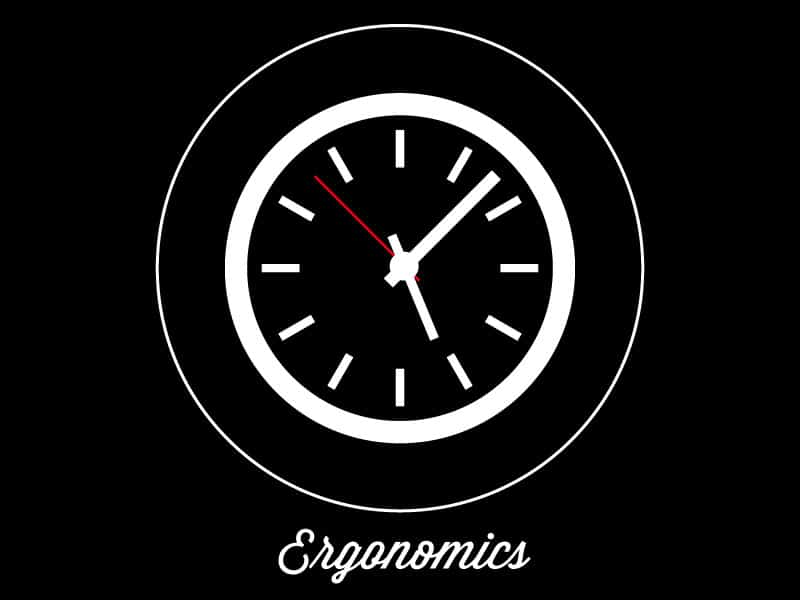 Out of the unbalanced port:

For the balanced we’re getting:

iFi rates the Zen as being compatible with anything 12-300 Ohms which is about right. With the HD600, there’s plenty of headroom here as it only requires about 20mW from an amp. 20mW isn’t set in stone either. I can drive it with less powerful Amps & DACs. Just think of the number as a good benchmark to try and hover around.

There have been plenty of times when I thought a headphone wouldn’t sound loud enough out of a certain amp but many times I was pleasantly surprised. Some examples include a K240 600 Ohm out of an E10K (yes you read that right), an HD600 paired with a FiiO Q1 MK II, etc.

The main takeaway here is that I wouldn’t be worried about power at all with the Zen. You’re getting more than enough in 99% of listening situations.

Now for the best part, how does it sound?

I did a little comparison to the Topping NX4 and found that the Zen is a bit warmer with slightly more recessed vocals. The NX4 sounded more sterile and a bit colder by comparison.

As mentioned earlier, the bass button here sounds marvelous to my ears. In testing 3 different headphones I found that it never over-exaggerates the low end. With most Amps & DACs, I tend to keep the bass off because I just find that it doesn’t really enhance the sound, and in most cases actually detracts from the overall experience. With the Zen I find myself keeping it on more often than not.

It adds a perfect amount and seems to match the headphone’s low-end profile better than most. I feel like some amps try to add some arbitrary amount to all songs spread across the board. Maybe it’s just my imagination, but I find the Zen to tailor its bass specific to the headphone in question.

I found the Zen giving the HD600’s a lot of life with the bass boost on. Many Wow. Such life. This is significant because the 600’s low end is very delicate; it doesn’t really respond well to EQ or added bass. With the Zen, I find it remains clean while also adding some extra zest. 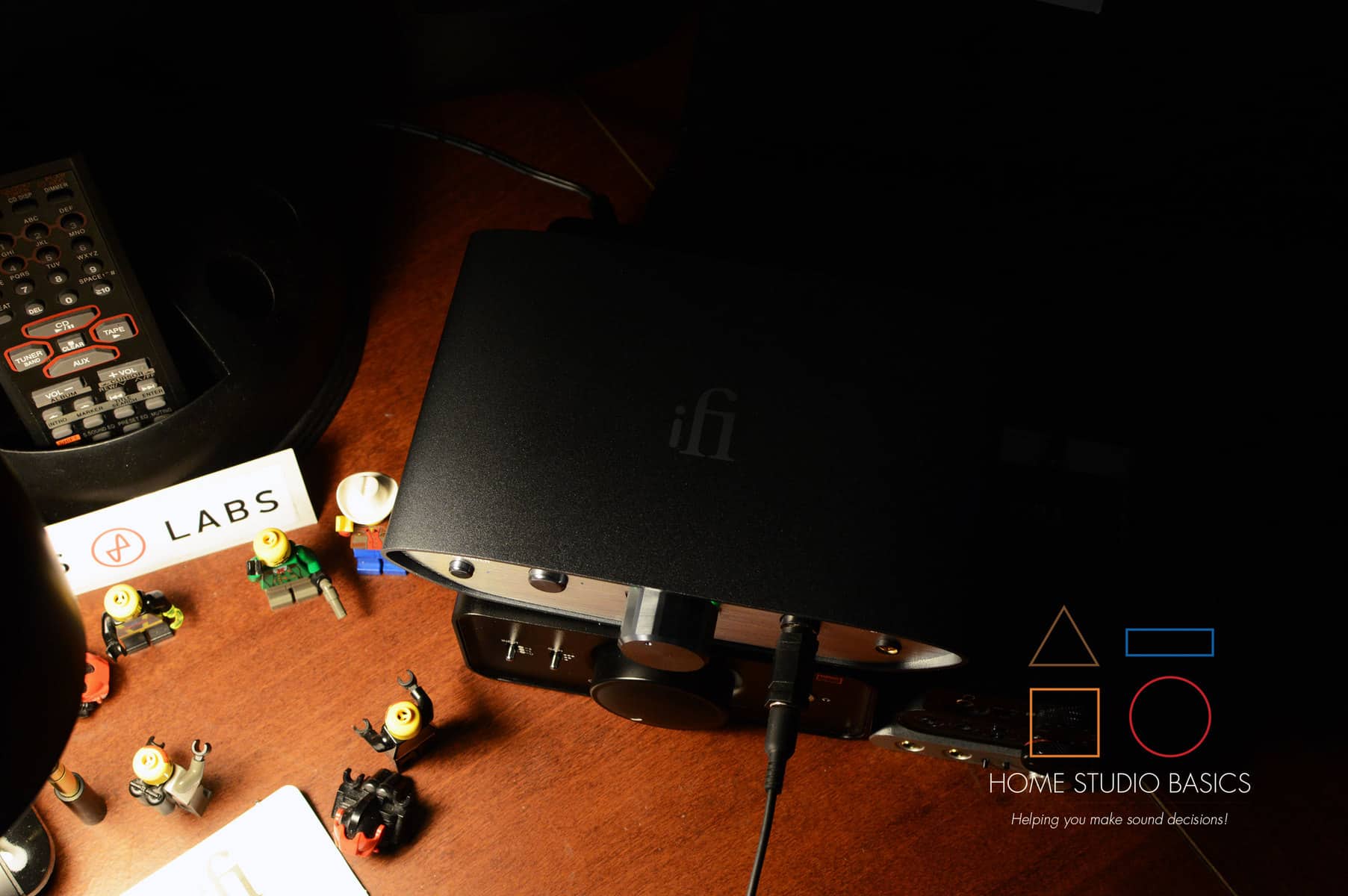 The Power Match (or Gain for purists), is mostly always kept on as well. With IEM’s you’ll probably want to have it off, but I find myself with it turned on 99% of the time because I mostly listen with headphones.

In Sylo Nozra’s “Losing Myself” at around 3:33, I found the background vocals were standing out considerably more than I remember. It was like they demanded a certain level of attention that I don’t remember experiencing before.

On Kevin Garrett’s “Little Bit of You”, the High Hat at @ 2:02 also emerged with a more immediate and noticeable presence, making itself known right away. There was more clarity to it. The background soundscape also felt more alive and coherent. I had never noticed that before even despite listening to the song many times with other set-ups.

It just seems like the Zen paired with the 600 is a great match all around. I’m not finding the 600’s sounding quite as shouty or irritating (around 3k) out of the Zen as I would with other, more neutral setups. There’s an undeniable warmth with this amp. It just makes you want to chillax and listen to music for extended periods of time. It’s a relaxing, inviting sound that will satisfy nearly everyone, and I can’t recommend it enough.

So what’s the final grade? 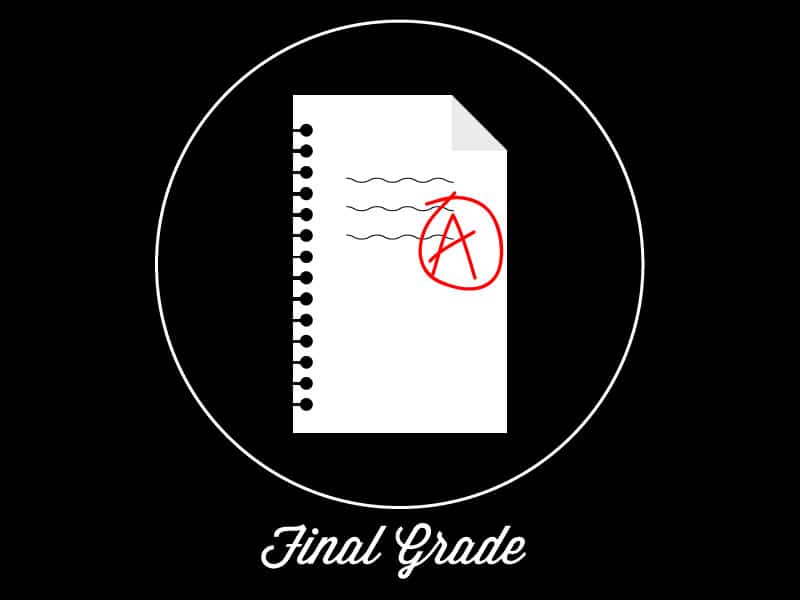 This Amp deserves a solid A. The short blue cable and lack of power brick in the box turned me off a smidgen. I would have liked to see iFi include more cables here. I understand it’s a lower price point, but there’s a lot of great features to take advantage of. This would have been an even more insane value with some more appropriate accessories to match – even just an extra cable or 2.

Still, it’s incredibly easy to hook up (instantly recognized and running within seconds), its build is outstanding, it sounds great, and there’s a lot of options at your disposal. You can’t ask too much more at this price point to be honest.

Ready for the next article in the series?

Well, that’s about it for today my friend! I hope you’ve gotten some valuable information out of this iFi Zen Amp/DAC Review.

Does Zen sound like an amazing value? What’s your go-to Amp/DAC? Be sure to let me know!!

I very much look forward to speaking with you… 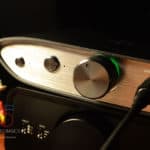