Skip to content
HomeBefore You Buy SeriesBefore YOU Buy A Grado Headphone, READ THIS!!

Part of the “Before You Buy” Series!

Ah, Grado headphones. Are any of them worth a purchase in today’s overcrowded headphone landscape? What are their strengths? Who should stay away? Do they all sound the same? Are they all built the same? All of these answers and more, comin’ up..

Greetings bass head and Welcome aboard. Stuart Charles here, HomeStudioBasics.com helping YOU make sound decisions leading to a beautiful audio experience that will make you fall in love with music, all over again so…don’t want to read?! 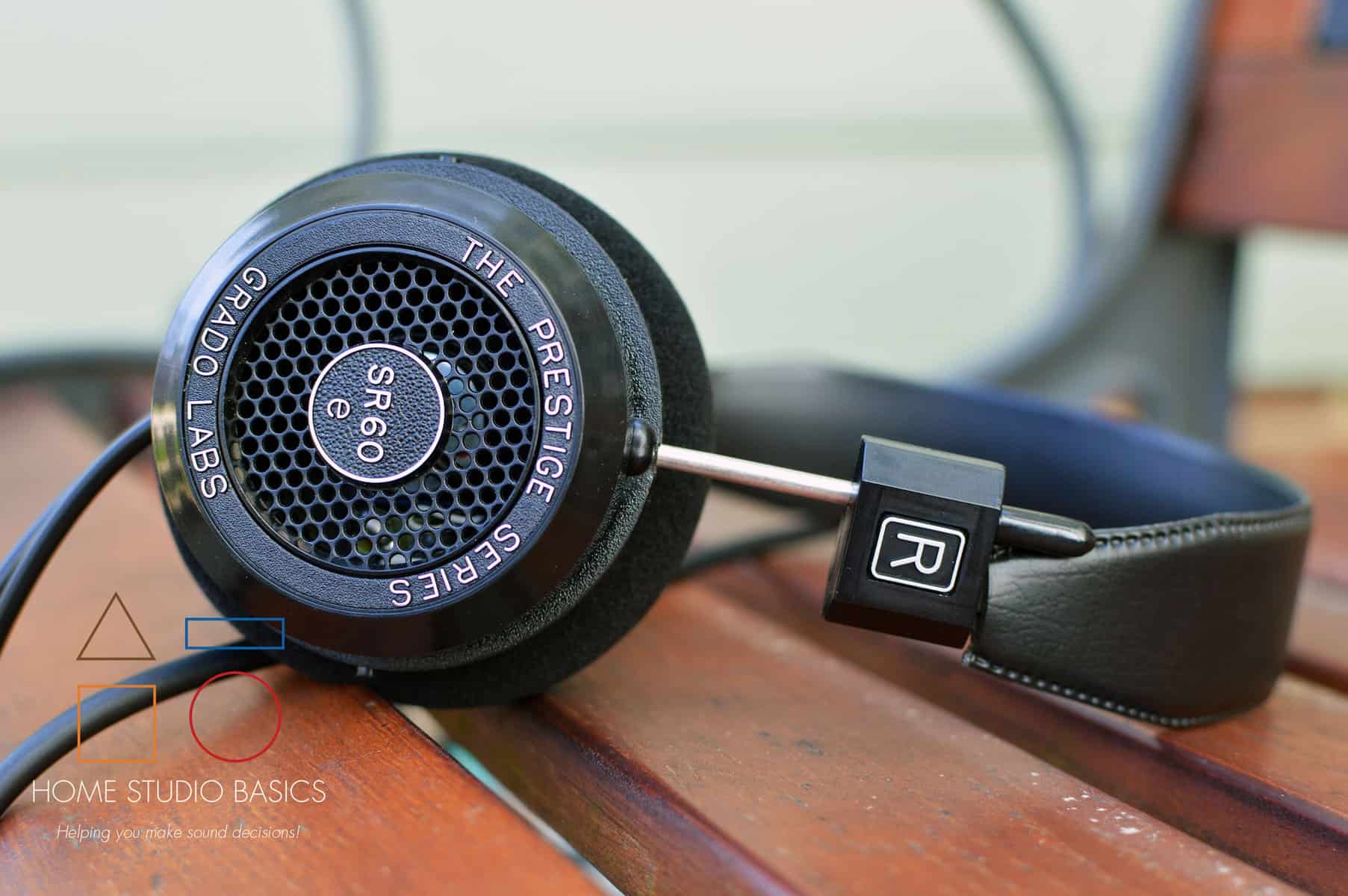 Are any of them worth purchasing?

If you’re really curious about the Grado sound, buy a 60e and see if you like it. Yes, the 60e and 80e are basically identical. Anyone who tells you otherwise is LYING! They could have honestly just bypassed the 80e altogether and nobody would have cared.

For the most part, I do like the Grado house sound. The bass is extremely articulate, the treble is actually pretty good by and large, albeit a bit lumpy.

What are their strengths?

They make great Rock headphones and do incredibly well with Hip-Hop. I also like them for some Jazz and Classical pieces.

I’ve demoed the entire e-line on numerous occasions and I remember being very impressed with the portrayal of music in general. Most of the time, the headphones sound really natural. The bass does start to roll off after about 50Hz, but it’s clean, articulate, and detailed. You can hear individual bass notes with ease and it really makes for a spankin’ good time.

The soundstage is also quite impressive, especially for an On-ear. What is Soundstage? [Detailed Explanation] This isn’t a K702 by any means, but it rivals that of a Sundara or DEVA for certain. The depth and width are very good, and imaging and placement of instruments are excellent as well. I’m able to pick out where stuff is fairly easy, which makes for a realistic portrayal of the soundscape. It isn’t “like you’re there”, but does have a pretty live flavor with a nice bounce like Jay-Z.

The build is a bit of a mixed bag. I’ve had people tell me they’ve had theirs for years and years without issue, while others seem to break down fairly easily.

Do know that they’re extremely lightweight and pretty flimsy. In today’s climate, the design seems dated. I could excuse the build if they were actually comfortable, but sadly they’re not, at least over long periods. I’m frequently finding myself adjusting them off of my ear lobes because they tend to dig.

Even so, the cable isn’t detachable on any of them, and it’s entirely too bulky for the weight of the cans themselves. It’s always in the way and just ends up being a giant hassle. The 3.5mm termination is also overweight like it ate too many cupcakes.

There’s no reason a headphone as light as the 60e should have such a heavy, thick cable. IT’S DUMMY THICC, but doesn’t really need to be. It makes no sense. If you can believe it, the cable gets even worse the higher up the line you go.

Sometimes I feel as though Grado just made a bunch of arbitrary design decisions in order to be different without real rhyme or reason – from the weird build to the bizarre 2k spike, to the cables, the termination, the aesthetic. It all reeks of being super pretentious and then scoffing at those who “don’t get it.”

Sort of like those crazy hipsters you see in Asheville, North Carolina who walk down the street thinking they’re the greatest thing since sliced bread when they actually look like complete buffoons.

If you’re an old pretentious hipster snob with a cup of coffee that you paid $20 for, Grado headphones may be just what the doctor ordered.

And yes, I listen to Indie music so I’m kind of poking fun at myself here a little as well. 🙂

So who should stay away?

If you value your money, I wouldn’t invest in anything more than a 60e. If you’re a normal person, you may just end up returning it for something else. The law of diminishing returns is perhaps most apparent in Grado headphones.

If you don’t plan on EQ’ing down 2kHz by about 9dB, stay away. It’s the one glaring flaw that shows up on graphs of every single Grado headphone, and it’s really, really annoying. No, it’s not excusable. Any headphone manufacturer that emphasizes any frequency by 9-10dB should really be ashamed of themselves, and that’s putting it nicely. It’s not just one, it’s all of them.

The worst part is that you have these whiny Grado fans who try and justify their shortcomings and make excuses for the offensively colored sound, claiming things like

“You have to amp them properly” or

“Different strokes for different folks” or

“Grado headphones are for particular people”

or some equally as stupid crap you’d find on Reddit. Man get outta here with that apologist horse sh**. No headphone should need a specific type of Amp just to sound good. That’s ludicrous.

Just look at any graph and tell me that the 2kHz peak is necessary. It’s not. It’s asinine and there’s no reason for it. A mid-range bump done correctly would be something like the K702. Not shouty, not in your face, and you can listen for hours without fatigue – musically or otherwise.

Do they all sound the same?

This is another point of contention amongst Grado apologists. I will say that there are subtle differences as you move up the line, but the problem again is diminishing returns. You’re basically shelling out more and more money for less and less of a difference or improvement.

If I’m being honest, the sound signatures from headphone to headphone don’t vary enough to warrant any sort of significant increase in price. At all. If you want to play semantics, that’s fine. But it doesn’t help your case. Yeah, there are some differences. Very tiny and minuscule ones. If that makes you feel better about dropping hundreds and sometimes thousands of dollars for what is probably a placebo, more power to you.

I’ll stick to companies that don’t try and blatantly rip me off while insulting my intelligence.

Are they built the same?

This is a bit tricky, so bear with me. The weight and feel of Grado headphones do mostly stay the same as you move up the line. I find little difference between a GS1000e and 60e from a purely “peace of mind” standpoint. That is to say that I feel as though both would break down at an equal or similar rate. I don’t feel as though a GS1000e, even despite its wood cups, wouldn’t just suddenly malfunction. It may very well. The same goes for the rest of the line.

But as for “are they all built the same?” No, they aren’t. Some are made mostly of plastic, while others have metal, alloy, and/or mahogany. That isn’t really the issue though, as it’s confined mostly to the cups. The general build and functionality are more or less the same, i.e. flimsy.

The Chinaman is not the issue here, dude Walter

The issue is that I don’t feel as though purchasing one of the more expensive ones is actually a good long term investment, regardless of what they’re made out of. I’m more worried about how they are constructed. If you can honestly hold a Grado headphone in your hands and feel great about it, I won’t argue with you. But for me, that’s just not the case.

The problem with Grado headphones in today’s climate is not that they’re “bad” per se. They’re just dated and not relevant anymore, in my opinion, what with the dozens of better options out there.

This is my PERSONAL. OPINION. If you don’t like it, that’s completely fine. You’re certainly entitled to yours! Just don’t comment telling me what I need to do in order to enjoy a Grado headphone. Because I don’t care. I don’t care about Consumer Reports, what others say, etc. I have no interest in Grado cans anymore. Period. If and when I decide to resume interest, it will be because I made that decision. Not you.

A Koss KPH30i is a much better investment than a Grado will ever be. Why pay $80-100 for lots of potential headaches when you can pay $20-30 and get 99% of the audiophile sound and no BS?

The KPH30i is a perfect headphone. There’s nothing about it I would change and I paid $20 for it. TWENTY. Let that sink in.

Wanna know what it looks like when a noob hears proper sound for the first time?

Check out exhibit A, my mom. Her jaw literally dropped when she pressed play. No, these aren’t great photos but I literally had seconds to get the camera ready because none of it was planned. This was all spur of the moment in real-time.

So what are you waitin’ for?!

SEE IT ON DROP FOR YOURSELF!!

If it’s not available on Drop:

SEE THEM ON AMAZON FOR YOURSELF!!

And while you’re at it, check out the next video in the “Before You Buy” series. I know it will help you out immensely on your journey.

Well, that’s about it for today my friend! I hope you’ve enjoyed this discussion/review Grado headphones and are now better equipped to make a purchasing decision!

Would you buy an SR60e? Are you familiar with the company? If so, what are YOUR experiences? I would love to hear your thoughts. Until next time…