All of these answers and more will be answered in the order that they were received. Please hold as our sales team is experiencing heavy volume. We’ve also prepared elevator music for your listening enjoyment.

Greetings Friend-OH, Stuart Charles here, HomeStudioBasics.com helping YOU make sound decisions leading to a beautiful audio experience that will make you fall in love with music (NOT gear) all over again, so… 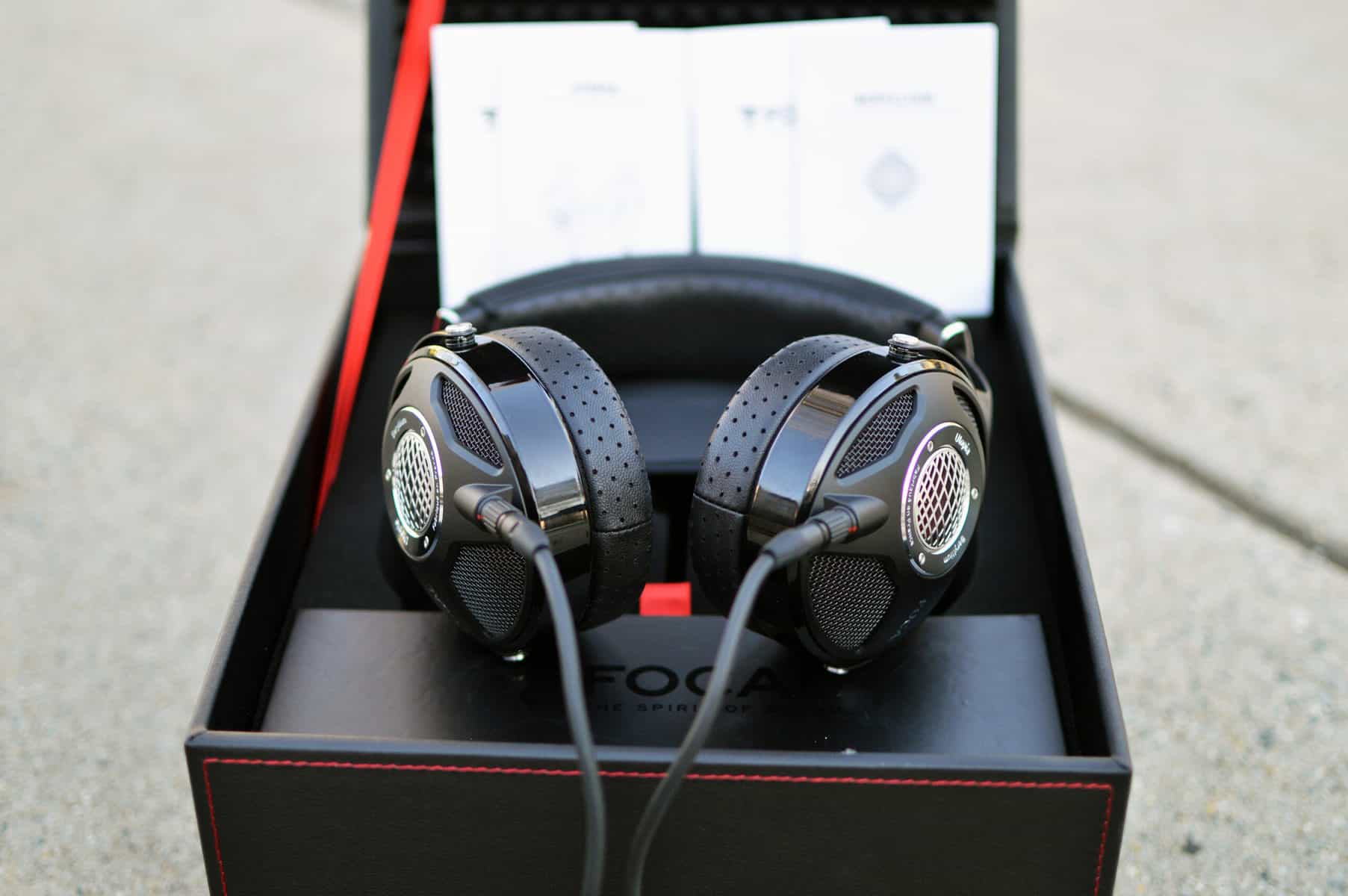 Yeah, homie! They are! Made in France! So get pumped!

Well, actually, yes and no. We’ll get to that in a bit so hold tight. In writing this article, I was struck by just how hot and cold my opinions are of the French-made snob cans.

That said, I think Focal’s Utopia kind of outclasses pretty much any Audeze headphones, to be honest. It’s lighter (aka not a bowling ball), and to my ears sounds better. The build is kind of a wash, but I’d lean towards the build of a Utopia over an Audeze. It seems to be constructed better overall. Read: The Focal Utopia Will Change YOUR Life!!

But, I’d take most Audeze’s over anything else in Focal’s line, thus why it’s so hard to give a definitive answer to the all-encompassing question “Are Focal Headphones Worth It? The Audeze LCD-3 Will Change YOUR Life!!

If Audeze is like “Hey let’s roll-off everything after 1k and call it the best sound in the world”, Focal is like,

“Whoa whoa hold on a second, let’s let some light in there, champ! We’re not making headphones for GG Allin here.”

And if you’re not familiar with GG Allin, he was a punk rock star who made Ozzy Ozbourne look like Barry Manilow.

He also threw his own poop at people and ate it too! Any more questions?

Yeah, I got a question. Does Barry Manilow know that you raid his wardrobe?

After directly comparing an LCD-4 vs. a Utopia out of a NAIM DAC V-1, I preferred the Utopia and it wasn’t even close. It’s not that the LCD-4 sounded bad. It was just too glossy and smoothed over as if the frequency response was missing something pretty important (cough treble cough).

The Utopia isn’t a bright headphone by any means, but it strikes a perfect balance. It’s simply the best headphone I’ve heard out of over 100 units by FAR.

Everything about it is absolutely sublime: clarity, resolution, instrument timbre, bass, mid-range, treble, tonality, build, comfort, etc. What is Timbre?

I KNOW A GOOD HEADPHONE WHEN I HEAR ONE, ALRIGHT!!

For instance, I remember listening to the Roots’ The Next Movement and thinking that the subtle details I was hearing were like little tiny grains of garlic peppering the sound and making it stand out vs. other headphones.

Stuff I had never heard before in over 10 years of listening to the song. I heard it in a way that’s hard to describe. Again, it sounded different, again. More so than any mid-fi offering I’d heard up to that point.

In my original Utopia review, I described this like Doors (no, not the band). Door 1 is stuff that nearly every headphone will portray unless you bought it from your local drug store in 1995. Oh Yeah, I love that Juicy Jensen Audio.

Door 2 is like mid-fi. HD6XX, Sundara, etc. More is unmasked and this is kind of what (read; REALLY) gets people stuck in the rabbit hole. 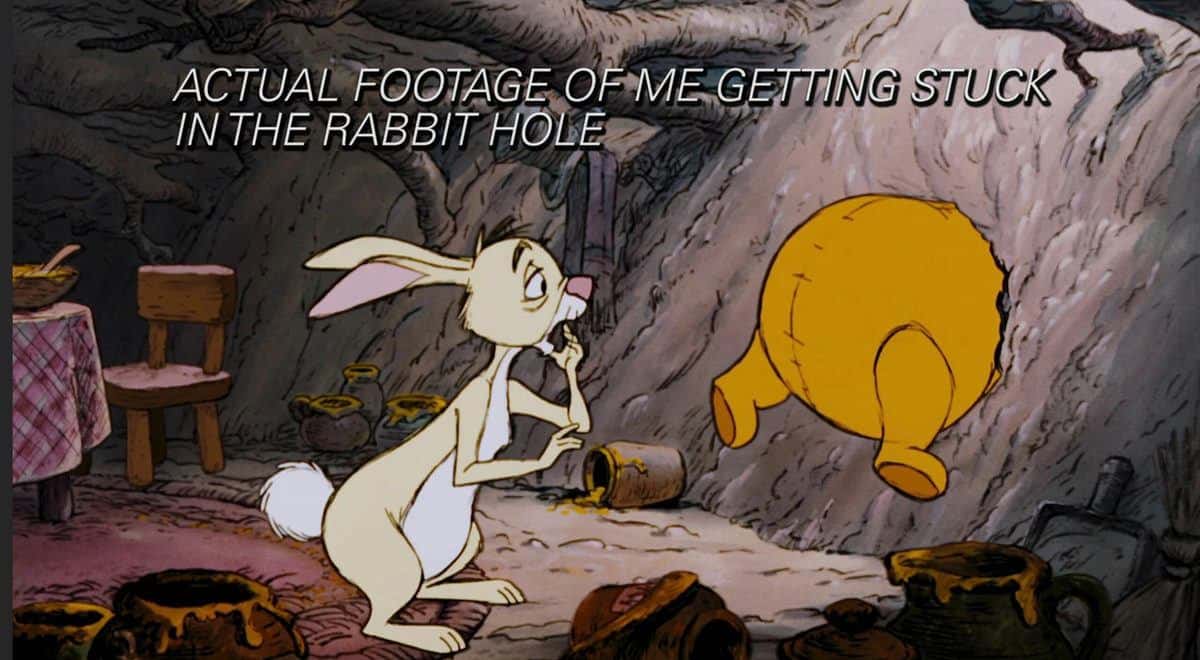 Door 3 is most certainly a Utopia. Everything is revealed.

The details were presented so subtly beautiful that they made me want to get up, pull my pants down, and dance like Napoleon Dynamite.

The other thing you’ll notice about a headphone like the Utopia vs. cheaper products is its absolutely perfect tonality. Without a doubt, this is something that really stands out with Focal products and thus why they tend to be more expensive.

To put it another way, if the 6XX/Sundara/Ananda are all getting closer and closer to the pinnacle of sound reproduction (maybe 85-90%), the Utopia is about 99% of the way there.

I’d argue you’re never going to really feel like you’re actually there, but the Utopia gets as close to that as possible with regard to the headphone experience. It really does take on a more live flavor, as if you’re listening in a concert hall vs. through headphone drivers. What is a Headphone Driver? | THE PROCESS EXPLAINED!

In fact, it’s just about the most realistic portrayal of music you’re ever going to hear out of a headphone.

In addition to that, vocals are much clearer. With mid-fi headphones, you may hear like 80-85% of what the vocalist is saying. With the Utopia, you’re getting around 90-95%. Suddenly, those vocal passages that you couldn’t quite make out before start to become a little clearer.

The other reason they’re more expensive is simply that they’re built better. The Utopia is made of lambskin leather, carbon fiber, beryllium drivers, and shielded lemo connectors. When you put these headphones in your hand, YOU’LL KNOW WHERE YOUR MONEY WENT!

It’s like holding a baby or something. You realize just how much went into its creation. Wow, that was a really poor analogy.

I think you get the idea.

Are they worth the money?

This is the million-dollar question, or the thousand-dollar one if we’re being realistic.

Some people will probably throw tomatoes at me, but I actually wasn’t as impressed as I felt like I should have been with the Clear, especially for the price. I felt like the Clear was a tad better than the Elear, but those differences are rather subtle and both left me pretty underwhelmed.

Furthermore, both the Clear and Elear were missing something and I can’t really put it into words. I felt like for around $1000, the sound was a bit grainy and unrefined. And yes, they were burned in plenty.

IT was a DEMO UNIT!!

Again, the mid-range felt off. There was this weird wooliness/haziness that’s hard to describe but you know it when you hear it. Music just sounded strange. I wouldn’t mind demoing them again though!

What about the Elegia? Is it worth the money? 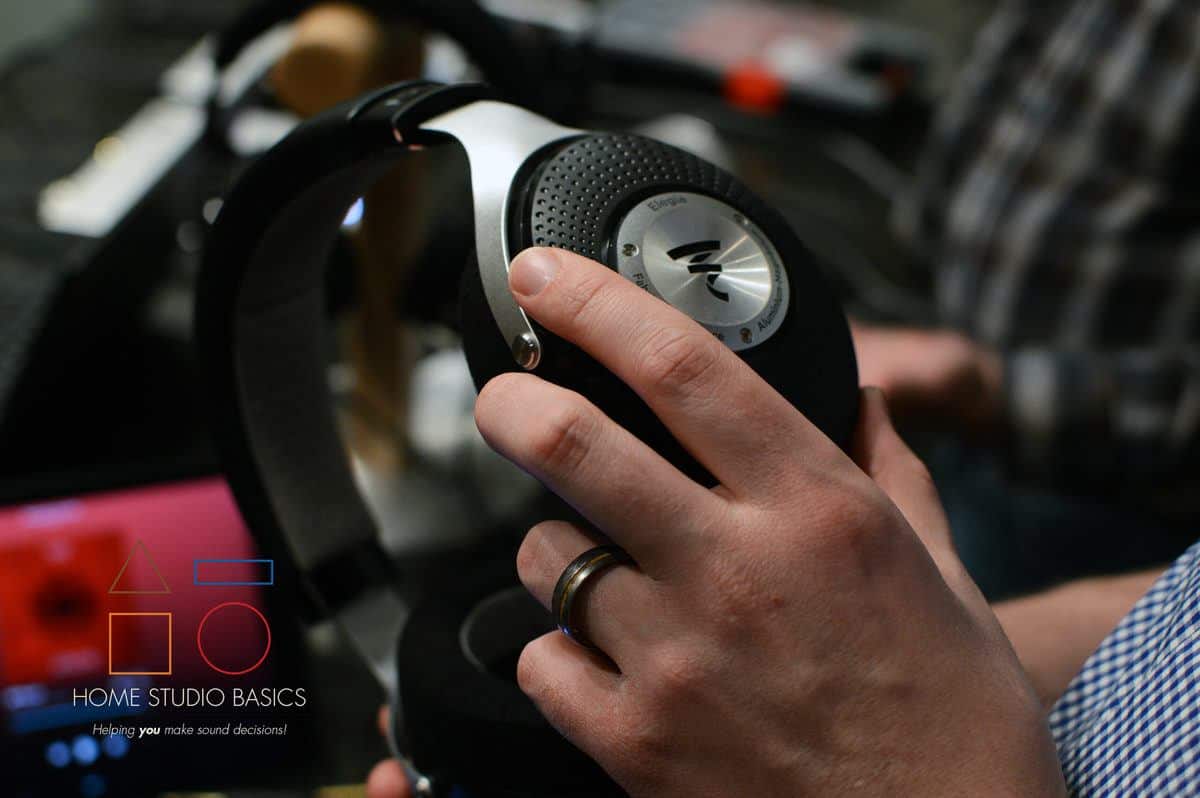 No. Call me crazy, but this headphone was flat out horrible. Weird sounding, wonky, and the mid-range was completely erratic and it was just bad.

Specifically, I remember the Focal rep eager to hear my impressions right after I took them off a couple of years ago at Music Matters and I just didn’t have the heart. “Yeah, they were alright.” It was one of the worst experiences I’ve ever had after anticipating really enjoying them. Complete letdown.

I feel like the Elegia was some weird experiment that Focal came up with: “Hey let’s completely f**k up this headphones’ sound signature and see if people still rant and rave about how great it is.”

What about the Stellia? 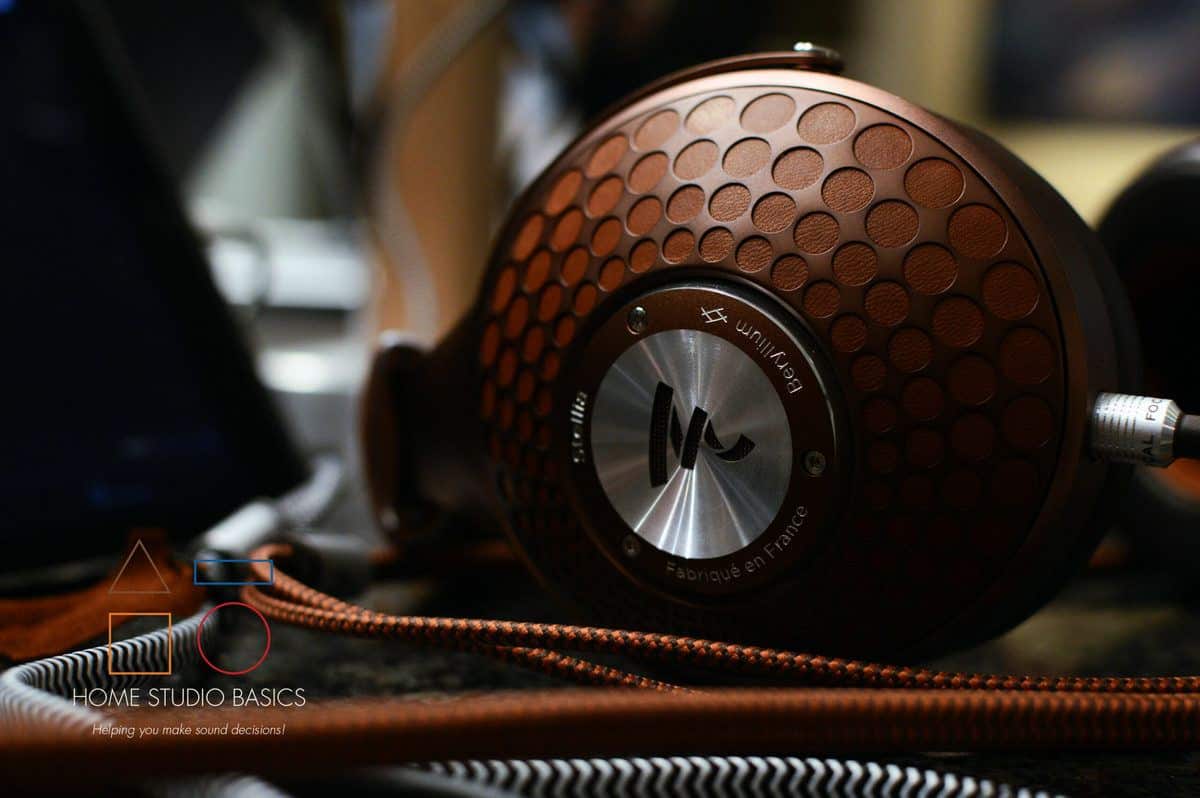 I always think of Interpol when I think of these headphones. You know that song Stella Was a Diver and She’s Always Down.

I kind of got a similar weird feeling as I did with the Elegia (a bit better than the Elegia), but I haven’t demoed it as extensively. I’d probably bypass both of those. As for the Radiance, Celestee, and Clear Mg?

Nah, just kidding. I haven’t heard them, but graphs indicate a whole lot of MEH. Take what I’m saying with a grain because I haven’t actually demoed them, but yeah. I will update this article when I get that chance.

The real question then becomes, is the Utopia worth $4000? A great question considering it’s the best headphone I’ve personally ever heard.

Gosh, it’s so hard. Every fiber of my being wants to say yes, but I still don’t think I could justify that. 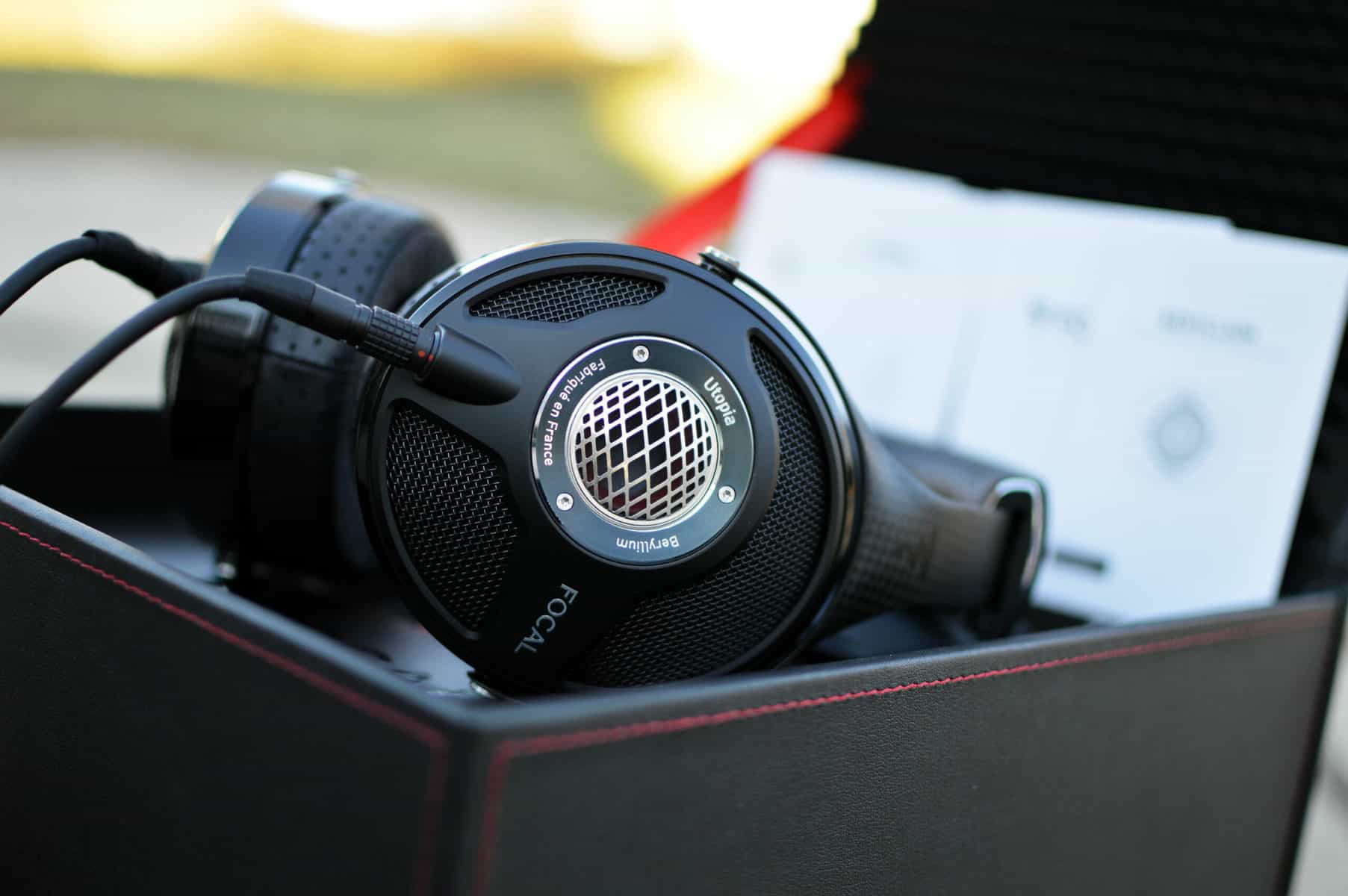 Nah, for $1k you are able to then get a proper amp for it which is pretty important as well.

Of course, you may say, well, looking at graphs, the Utopia and Clear are pretty similar. True, they are. But notice how the Clear is more relaxed in the mids and going into the treble. This is where I think its problem lies despite sounding good for the most part.

It’s not that I didn’t like it. It sounded pretty decent, but it came off as just a little too dull. Tonality was there, but it just didn’t get my nads pumpin’ as the Utopia did.

If I’m paying that amount of money, I need it to be perfect. I need to be absolutely floored and I wasn’t. The Utopia is a perfect headphone in my mind. It’s like meeting the right woman for you. You just know.

The Clear at $500 would be a perfect value. As it stands, the Ananda is hands down a better purchase than a Clear in my opinion. Livelier, more engaging, more open sounding, no grain whatsoever. Slight sibilance at times? Yes, but it’s a minor nitpick.

If you’re in that weird area between mid-fi and hi-fi, the Ananda is what you’ll want. If you’re ready to take the plunge on the best, The Utopia is an end-game headphone for sure. No question about it.

But are the headphones good for mixing? 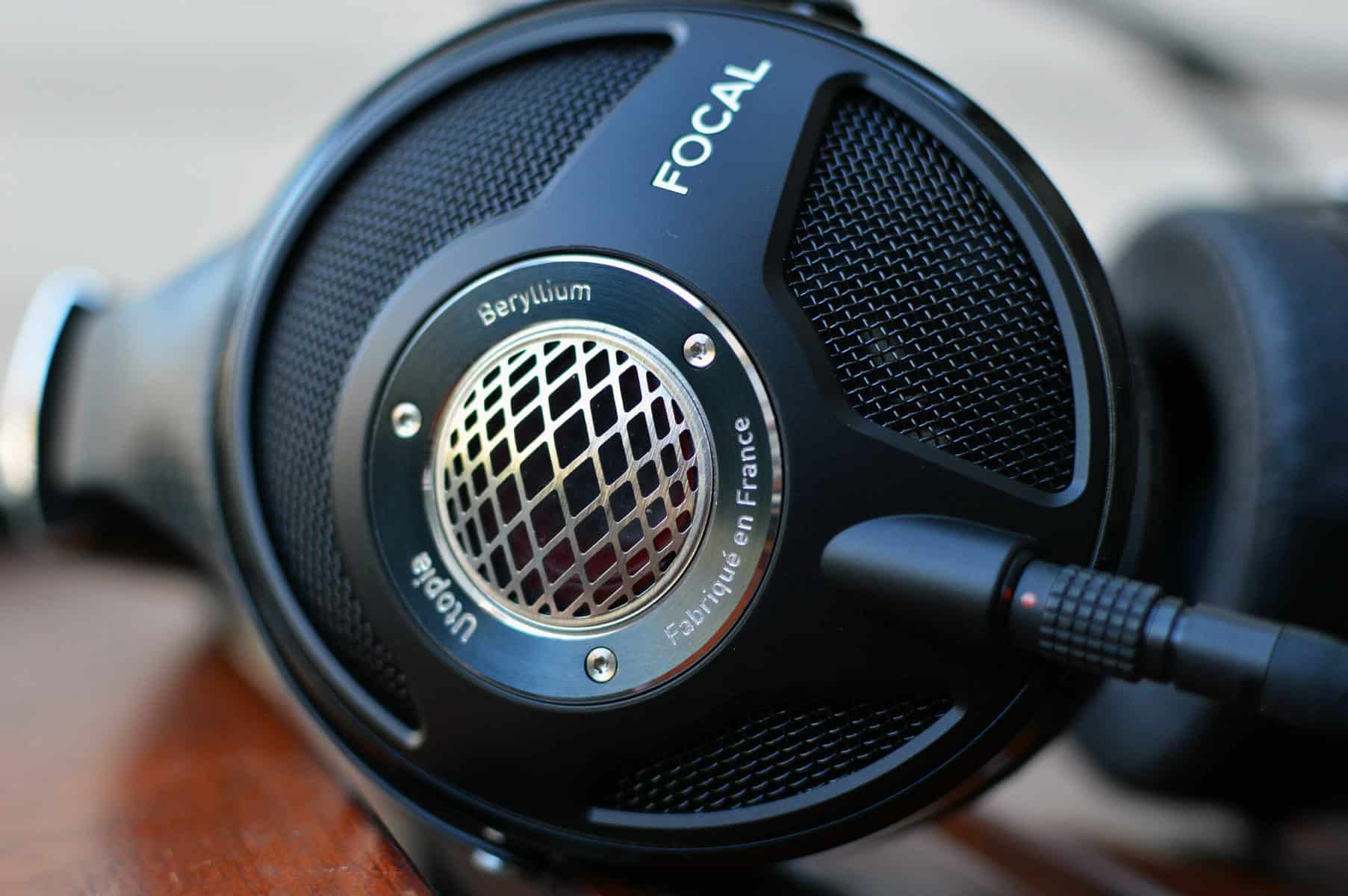 To conclude, The Utopia is good for everything. All genres, all applications, gaming, film, anything.

While you’re at it, snag one of my kick-back and relax homie t-shirts so you can listen to your music in style. Link below.

With that, are you ready to travel to our next destination and take a look at another manufacturer of high-end audio?

Well, that’s about it for today my friend! I hope you’ve enjoyed this discussion on Focal headphones and came away with some valuable insight.

Which one of these are you going to purchase? I would love to hear from you. Until next time…

Tags:Are Focal Headphones Worth The Money?