0 shares
GO BACK TO PART III!

What’s the fun part you ask?

It’s banging away on the drum pad, of course!

Think of all the other stuff as foreplay, whereas banging out the sample on the pads is getting closer to the climax.

On this page, I will be going into some philosophical ramblings about beats and sampling – knowledge, impressions, and wisdom I’ve accrued since I began making beats in 2007.

Of course, we’re also going to get into laying everything down, so don’t go away!

Sampling has always been quite interesting to me, both my own perception of my music as well as how others looked at it.

Though I started making beats in 2007 using Reason and the Korg padKONTROL, I didn’t start sampling until 2009. The rest is history as they say. I’ve always had a true passion for it, but I suppose it’s waned somewhat over time as I’ve gotten older. When I was living with my parents, I had all the time in the world.

Fewer obligations and pressure to make ends meet = a lot more time to bang out samples. 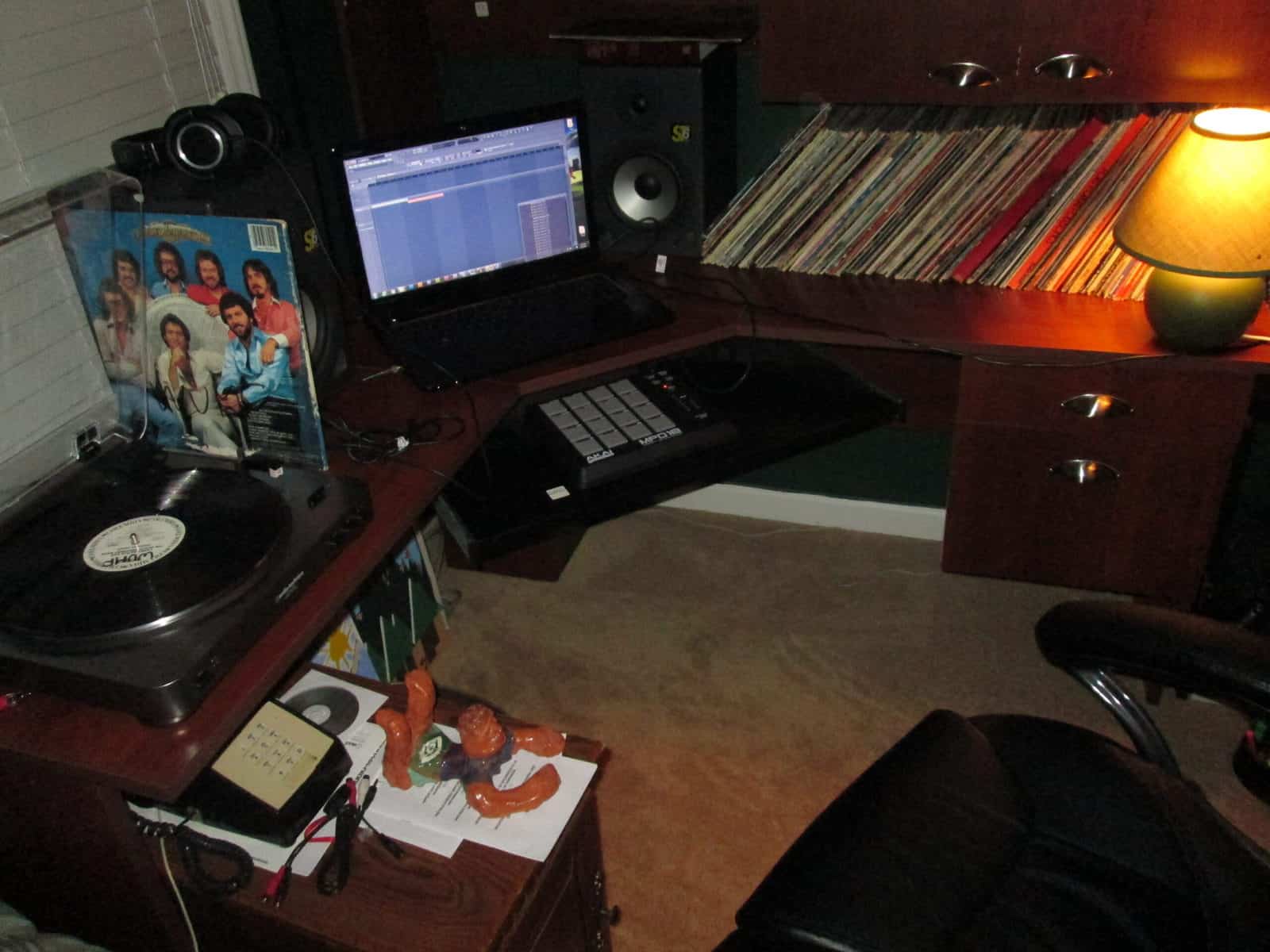 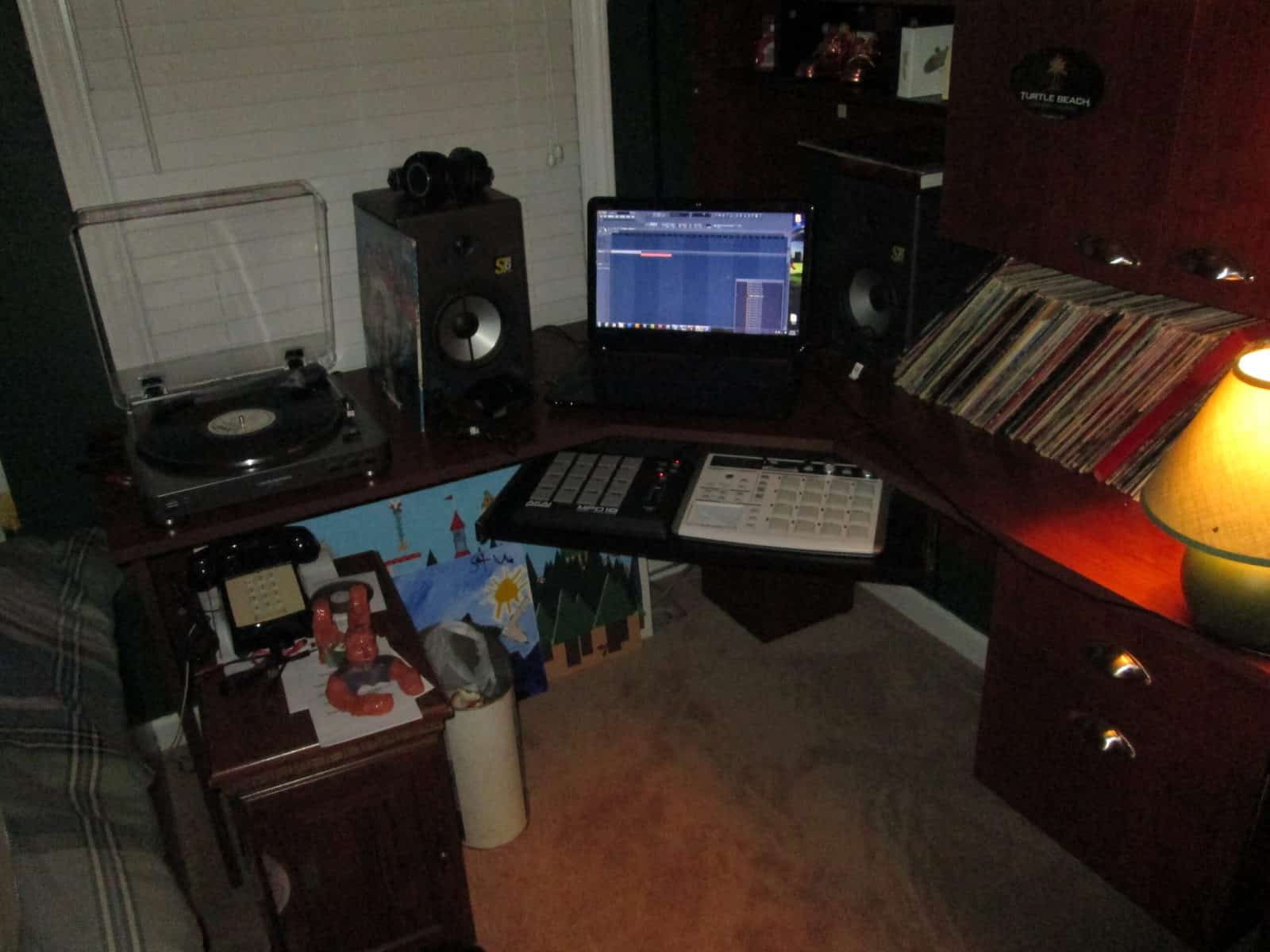 It was an amazing time in my life. Looking back, my hunger was much greater than it is today, though I’m still making beats and rapping. I just don’t do it as much. I run a YouTube channel, this blog, and my portfolio website, but the love for the craft will never fade and I’ve always said that.

The other day I decided to refresh a couple of old posts that I had made around 2015 and convert them into this guide. It had been on my to-do list for quite a while, but I could never find the time.

Because I want to get back into making beats, I needed a refresher course myself as I had kind of forgotten the ins and outs of FL Studio and the padKONTROL. Fortunately, it’s similar to riding a bike. Once you get in there and start messing around, it all comes flooding back. You never really completely forget.

As I was editing the pages, I decided that chopping up a sample from scratch would help out in conveying the process and organizing my own thoughts in such a way that I could ultimately sit down and feel confident about showing you.

Innocently enough, I started making a beat and it was like old times. Both the passion and those amazing feelings came flooding back. I felt like I was transported back to 2010. I felt like I was in my 20’s again. The excitement of staying up late and banging away on the padKONTROL almost felt better than before. I knew at that moment that my love for sampling would never truly go away.

Beatmakers who read this will know exactly the feeling I’m talking about. It just feels right.

I remember one year back at the old house I grew up in.

It was Christmas day and we were having family over for a big get together. On such occasions, my dad always fired up some music to get the mood going, either from CD, vinyl, or one of those stations they had on DirecTV (as in this case).

I was upstairs in the bonus room playing video games or something when a song came on that completely blew me away. I immediately got up and ran out of the room towards the balcony and roared with delight at the same exact time as my mom! Yes, she literally ran into the living room, just as excited as I was.


Mind you, my mom has never been into beats at all, but she recognized the brilliance of the song right away and knew how passionate I was about making music.

“Wow!” she exclaimed ecstatically. “That would make GREAT sample for one of your beats!!”

“I was thinking the exact same thing!”, I yelled uproariously over the stairs to the living room below.

It was a moment I will never forget. Unfortunately, I lost the sample and never was able to use it. Perhaps someday I will stumble across it again. To this day I have no idea why we didn’t write it down or something. Back then, the song would play and there was really no way you could go back to see what it was.

There’s nothing quite like listening to music and being inspired to make something fresh and new out of an old classic, but not every beat becomes a masterpiece, and that’s okay.

It’s something you have to accept, and you will the more and more beats you create. There are times when you’ll feel like it’s not worth your time and energy. That’s the dark side of it. Those days when the sample is just not coming together at all. The times when you start to feel depressed in the middle of making a beat – because it sounds like poop, or the sample is super hard to flip, or you’ve adjusted and tweaked it so many times that it starts to sound like something totally different (and not in a good way). Or simply, the times when you know for sure a sample is going to turn out amazing and it just doesn’t for whatever reason.

There are times when you will feel like you just made the best beat ever and hear nothing but crickets when you show it to the world. This doesn’t mean it’s bad; quite the contrary. It just means that the right person hasn’t discovered it yet. It could also mean that it’s not quite as good as you thought, but that really just depends.

The former has happened with quite a few of my own beats. It wasn’t until years later did they finally get rapped over, and it was well worth the wait.

There will also be times when you make a beat and think it sucks, but others think it’s amazing. I can specifically remember this happening with one that I completely forgot about. I sent a bunch of tracks to my friend Eric Lake (whom I met at my old job) and he (as well as his friends) used quite a few of them. When he informed me that he and the guys would be rapping on a particular one, in my head I was like “really?” The beat just wasn’t that good to me. This goes to show that it doesn’t really matter what YOU think of your beats. Someone else may fall in love with ones that you don’t even like!

The track that he and 2 other guys (CodE Immaculate) made from it ended up being a classic, and one that I’m proud to have been a part of.

Then there is the other side of it.

The days when you sit down and churn out a beat in no time at all. The one that sounds so good it makes you want to slap someone.

That’s what we as beatmakers live for. The feeling you get from an incredible loop is like no other feeling in the world.

Before this gets out of hand, let’s talk a bit about the piano roll.

So the chops are programmed into your drum pad, and you’ve banged out for awhile having the time of your life.

Now it’s time to lay down a sequence.

Bring up the FPC and Piano Roll

There are obviously going to be many ways you can lay down a loop. I’m going to share with you my own method. It’s not right or wrong, but simply how I prefer to do it. It’s what I’m most comfortable with.

I use the piano roll when I’m deciding on how to arrange the sequence (pretty standard I would say).

After that, I decide on the tempo and enable the metronome.

Keep in mind, there’s no one tempo that’s right or wrong. I decide what mine is going to be – based on the sample and how fast or slow I want it. Traditionally, my beats have usually been on the slower side as that’s what I prefer (many passion, such tempo).

Some cats swear by 90BPM or whatever (it was sort of a meme back in the day). This sequence that I’m using for the demo happens to be 96BPM – much faster than normal for me. It’s just how the cookie crumbled this time around.

The point is to play around and find what works best for you and your sample. A slower BPM just wasn’t working for this particular Smokey Robinson joint, so I decided on a faster chop.

You’ll find that sometimes getting the right tempo may take a little while. Don’t fret.

Matching the loop that you want to the tempo can also be quite frustrating at times. Again, just keep playing around with it until you find something appropriate. You’ll know when it’s time to lay it down. It’s all feel.

Speaking of, let’s get into that.

Lay down the sequence

What I like to do is roughly bang out the pattern on the drum pad, and then adjust it as need be inside of the piano roll.

Sometimes I’ll record it, other times I’ll just use my mouse to paste it in how I want while still coming up with ideas on the pad and tweaking it as I go. Now it’s important to note that some people record the loop right away using the metronome, and have already laid down the drums. That’s completely fine. I just don’t really do it like that.

I normally loop first, then add the drums later. 95% of the time this works best for me because I always love the feeling of laying the drums over the sample. It really gets me pumped up. Other times I will lay the drums down first. Again, it really depends on the sample. They are all unique. There are times when I fully believe I’m going to do it down one way, but it ends up turning out completely different. It comes down to mood more than anything.

That said, let’s bring up the piano roll. It’s the middle button that looks like, you guessed it, a piano. LOL.

You should now get something that looks like this: The Piano Roll is where those bars are. See how there are checkmarks next to the FPC? That indicates it was used to record the green bars you see. You’ll also notice the record button to the left of tempo. Just click that and a dialog box will pop up asking you where you want to record. Choose “Automation & Score.” Now click the small button next to play that says “PAT.” (Pattern). We’ll get into the “SONG” Button and patterns later. Press Play and the metronome will start recording after 4 clicks.

To adjust the length of the pattern, right-click inside the Piano roll and drag left and right. Now when you’re adjusting the pattern, it will stay on loop until you’re satisfied with what you have. You may notice the button above that says “FPC #2”. Originally I had recorded the drums inside of there, but I much prefer to use the Step Sequencer after banging out on the rums on my pad for awhile.

The Step Sequencer makes it super simple to create cool patterns with your kick, snare, hats, and cymbal crashes. To do this, just drag from the left in your browser, and release into the Step Sequencer: Just click the buttons according to where you want the kick and snare hits. You can make really neat patterns with this and it’s super simple.

Now that you have a pattern going, you can easily duplicate that pattern and modify it. Let’s take a look!