First I will review the SM58, and then compare it to the Beta 58 instead of doing each review separately since they are so similar.

Iterations of the Beta model

Before we get into the review of the SM58, it’s helpful to distinguish between some of the old Beta microphones.

The Beta 58’s origins started as a Beta 58C (chrome grille), or Beta 58M (matte grille). The 58C was discontinued in favor of the regular Beta 58. The Beta 58 eventually got discontinued, and the 58A is what we’re left with!

The difference between the original 58 and the new 58A comes down to a different cartridge. The 58A does sound a bit different, the major differences are as follows:

So essentially, we will be comparing the new Beta 58A with the SM58 today, since the older model is no longer available. 🙂

To start off, there are 4 different versions of the 58, but they come with subtle differences.

The SM58 is the best on-stage dynamic vocal mic you can buy. Condenser mic vs. Dynamic mic. It’s the other industry standard for live sound. Like the Sm57, it’s about as durable as it gets. Need a hammer for your next DIY project? Use the SM58. Lol. Frustrated with your drummer? Throw the SM58 at him. Need a tool for self-defense after live gigs in back alleys? Get an SM58. It won’t fail! Just know that its primary use will be with vocals, backing vocals, etc.

Same important note as with the Sm57: Beware of counterfeits. Use extreme caution when buying, and only buy from reputable, authorized amazon sellers!

What this mic is good for/not good for

Not as good for

You could go a few different routes:

Check out the simple video on how to hook it up to your X2U!

It’s pretty easy to sum this baby boo up. It’s durable like a Hank Hill hammer, at it’s best live on stage. VOCALS! 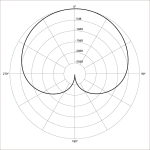 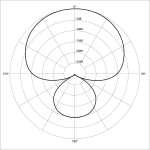 The Beta58A is an upgrade in many instances, but if you’re really letting this mic has it and yelling into it a lot, the extra sensitivity may be a detriment. Other than that, I would recommend it over the SM58.

CHECK IT OUT @ SWEETWATER!!

Well, that’s about it for today my friend! I hope you came away with a better idea of the SM58 vs. Beta 58, and the differences between them!

Questions? Comments? Requests? Did I miss the mark on something? Let me know down below or Contact me!

Which of these suits your needs more? I would love to hear from you…

Until next time, all the best and God bless…