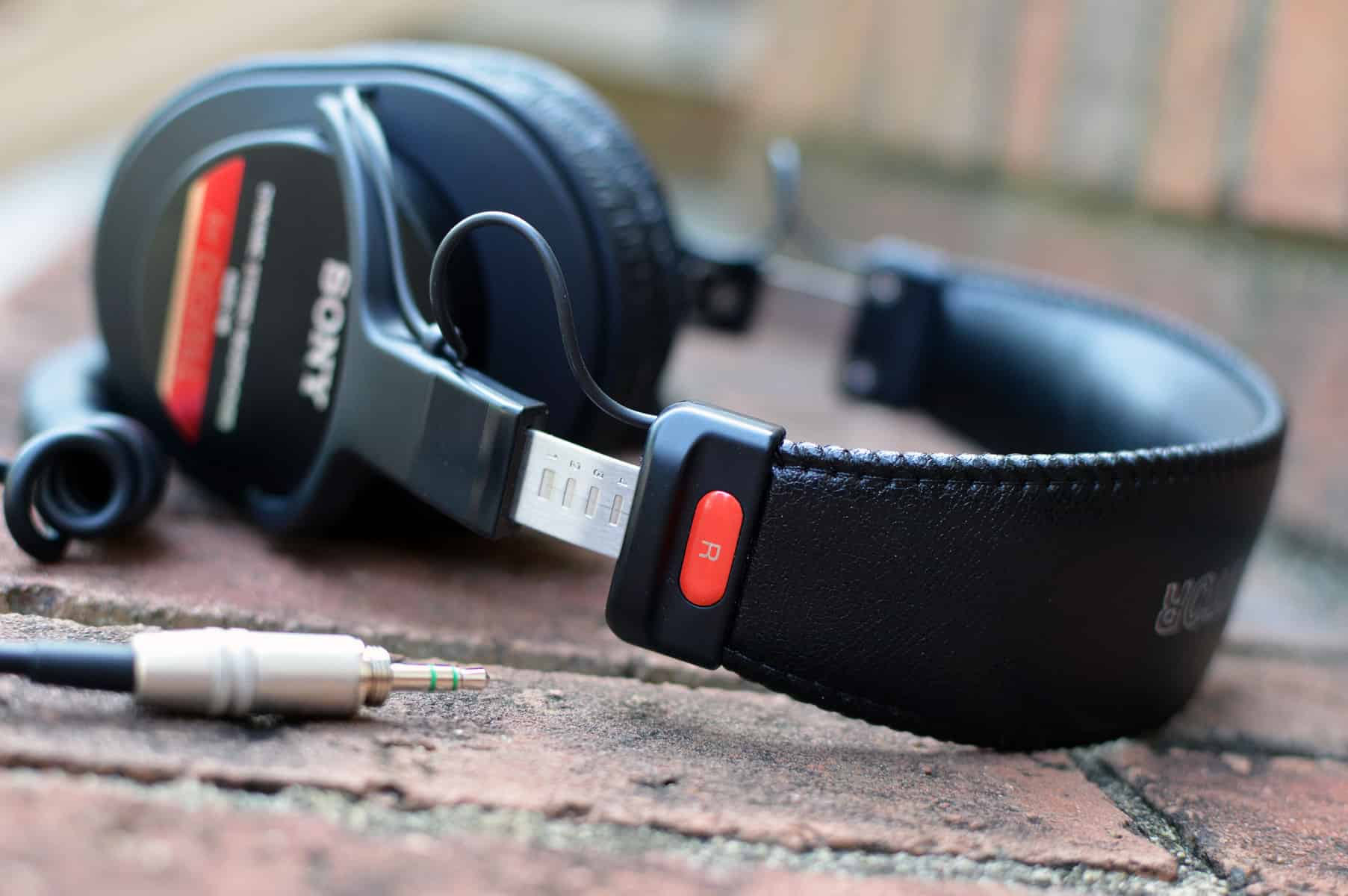 Today I’ll be telling you if Sony headphones are any good and if so, which you should buy. We’ll also cover some technical aspects like how to connect Bluetooth headphones to a PS4 as well as your T.V.

Greetings my friend and Welcome aboard. Stuart Charles here, HomeStudioBasics.com helping YOU make sound decisions leading to a beautiful audio experience that will make you fall in love with music (NOT gear), all over again, so…

The V6 has been a quintessential studio headphone for many years.

Some Sony offerings are good, others you should steer clear of. For instance, I would personally never buy a Sony Bluetooth headphone. This includes the WH1000xm2, xm3, and xm4. All 3 sound awful and should be burned at the stake.

Listening to these headphones feels like someone is literally holding your head underwater and laughing maniacally as you begin to thrash and drown.

It’s like if you were talking to me, but instead of listening I just put 8 really thick blankets over your mouth and walked away; which is probably what I should do for some people who comment on my YouTube channel. LOL.

It’s as if Sony was like “Hey let’s put as many letters and numbers in this one as humanly possible and then way overcharge for it. To the average schmuck, that will make it seem like it’s a really technically proficient, high-quality headphone!”

“Then we can just add +1 to the number every year to make it seem like it’s an improvement when in actuality it’s the same shitty ass sound!”

The same applies to the others with weird letters and numbers, only they’re way cheaper and appeal to the drug store variety homie. You know, the one who walks into his local CVS Pharmacy looking for his next “big purchase.”

“Omgsh these are the best headphones evar!”

Either way, it’s lose-lose with Sony. Haha, nah. There are some good Sony headphones, but they came out like, over 30 years ago.

*Sony talking amongst themselves*

“You know, it figures. Why do those asshole honest reviewers like STU always appreciate the headphones that we actually put some effort into? It doesn’t make any sense and it really pisses me off. If I hear 7506 or V6 come out of that dick hole’s mouth one more f’ing time I’m gonna pop.”

“What we gotta do is we gotta make a really shitty headphone for the masses and market the crap out of it. It has to look sleek and elegant and we have to make it Bluetooth because that adds to the wow factor. In addition to that, we have to make the bass response sound like complete dog shit. People who don’t know any better will really enjoy that and ask for seconds.”

In all seriousness, yes, the 7506 is still worth a purchase even despite being over 30 years old now. Primarily a mixing headphone, it’s mostly balanced with a bright treble and good bass response. However, it can get essy and sibilant at times, so do keep that in mind. What does Sibilant mean? Likewise, the V6 was also my top option before Sony discontinued it in 2020.

The issue with both is that the pads flake and peel over time. Additionally, the nondetachable coiled cable is a real pain. However, I think the overall sound is worth it considering price and value.

In a similar fashion to the cheaper CB-1, The Z1R is a closed-back headphone that somehow sounds like an open back. It’s airy, spacious, and immensely detailed without that treble bite. It sounds mostly correct and incredibly neutral while still feeling grand and exciting. Closed Back vs. Open Back Headphones | THE DIFFERENCE?

I remember listening to Dave Matthews’ Ants Marching through a TA-ZH1ES (there are those weird letters and numbers again) and I felt like I was hearing the song for the first time. 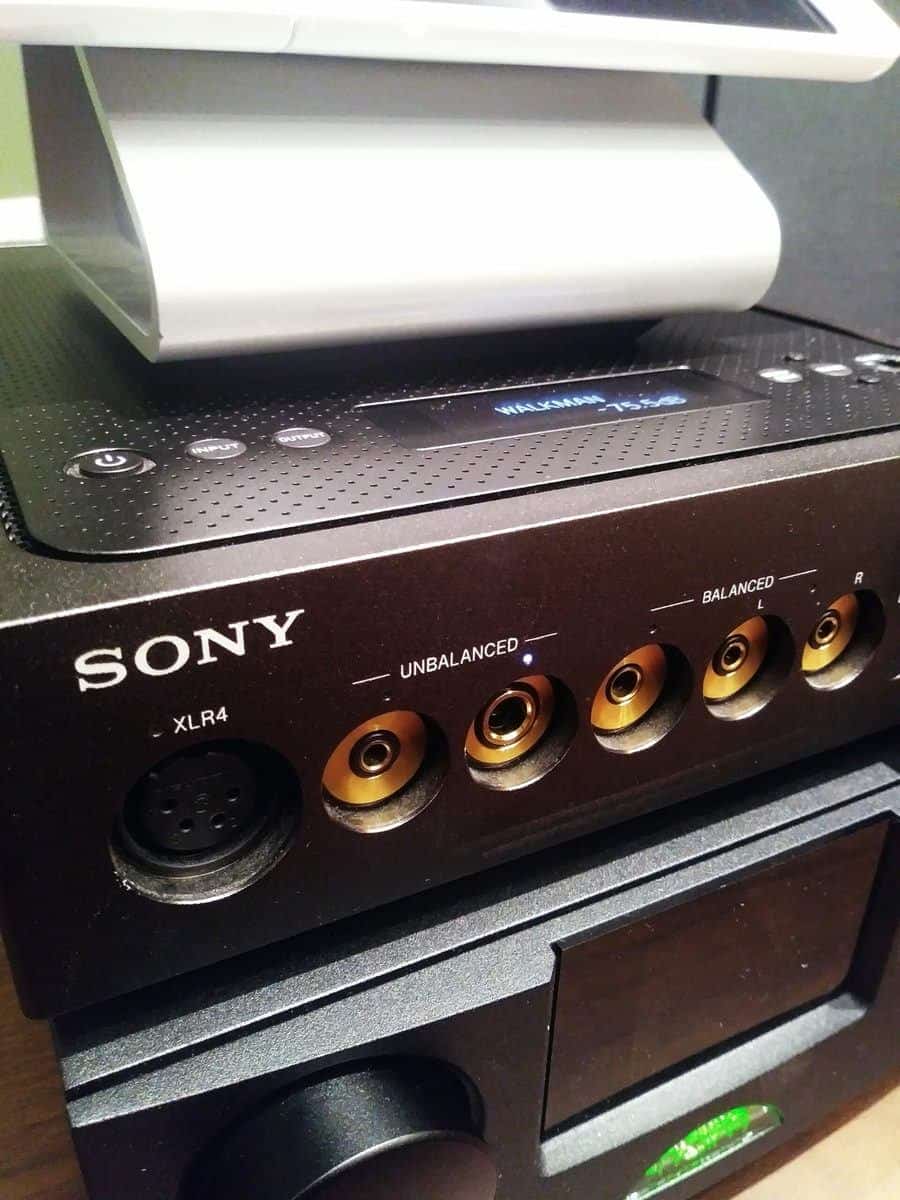 Sony’s TA-ZH1ES with the NAIM DAC V-1 on the bottom.

The best way I can describe it is that of a peacock opening its feathers. Spacing and separation on the Z1R are both really good. Furthermore, its comfort level is phenomenal and though very light, it feels pretty durable in your hands.

The Z1R is expensive because it’s really, really good; perhaps the only Sony headphone that truly stands out amongst a sea of bizarre, throwaway products and strange sound signatures that have quite literally flooded the market over the last 3 decades.

I’ve had experience with many of them and just about all are pretty forgettable. That is to say that they’re basically work headphones; you use them for a while, they end up breaking, and you largely don’t care. Check what I’ve listened to here: Headphone Reviews & Comparisons

The now ancient relic MDR-V150 was good for its time, but I would never recommend one now to people knowing what I know about gear. There are endless amounts of Sony headphones that mimic this original design and sound, and they’re all mostly bad to worse than the V150.

Sony headphones (and any headphones really) are compatible with a PS4. Just plug them into the controller via the 3.5mm jack or use a separate Amp like the Creative SoundBlasterX G6.

As far as Bluetooth, they aren’t technically “compatible.” The reason is that the PS4 doesn’t support the A2DP profile that many Bluetooth headphones come with. How Do Noise Canceling Headphones Work?

You can try it by Simply going to Settings > Devices > Bluetooth Devices > and then look for the compatible device. In my case, it found the HIFIMAN DEVA but it would not pair.

A workaround is to buy an adapter and they’re pretty cheap. All you’re going to do is plug the adapter into a USB slot on your PS4 and turn it on. The other piece goes into your controller.

Next, turn on your Bluetooth headphones and go to settings > devices > audio devices. Leave the input device as “Headset connected to controller”, but switch the output device to the USB headphones. This enables you to connect to any wireless audio device by tricking the PS4 into thinking the headset is a USB headset.

Finally, adjust the microphone level and headset level inside settings!

My preferred method specifically is not to use a Bluetooth headphone and instead go for something wired either into the PS4’s controller or through a separate amp via optical. The PS4 has an optical out so just get an Amp with optical input. Here are some good options with optical input: Audioengine D1 vs. FiiO K5 Pro vs. Creative SoundBlasterX G6 vs. Chord Mojo

Connecting Bluetooth Headphones To A T.V.

If your Television supports Bluetooth, simply open up your menu and go into the settings. Select audio device and click Bluetooth. Now enter pairing mode with your headphones by clicking and holding the Bluetooth button. Keep in mind all headphones are a bit different. For instance, on a Bose headphone, you slide a button to the right.

Now pair and connect on your T.V. and you’re good to go. Don’t forget to adjust the audio delay down as much as possible so the picture will sync up.

If you don’t own a Bluetooth-enabled T.V., simply purchase a Bluetooth transmitter/receiver which connects and sends audio via optical or RCA from your T.V. to the receiver. Now the sound will be sent to your Bluetooth headphones from the receiver.

Where are Sony Headphones Made?

Most are made in China, but some like the aforementioned Z1R are still made in Japan where Sony is headquartered. Genuine Sony products will have a 1-year warranty sticker, an MRP sticker, and a bar code that ends with (E) or (IN) while a fake headphone generally has a (CH) or (CN).

As much as I love the Z1R, I think there’s a better headphone more worthy of your hard-earned dollar.

LEARN MORE ABOUT MY #1 HEADPHONE OF ALL TIME!

Well, that’s about it for today my friend! I hope you’ve enjoyed this discussion on Sony headphones and came away with some valuable insight.

Which one of these are you going to purchase? Does the Z1R sound like it’s worth a purchase? I would love to hear from you. Until next time…