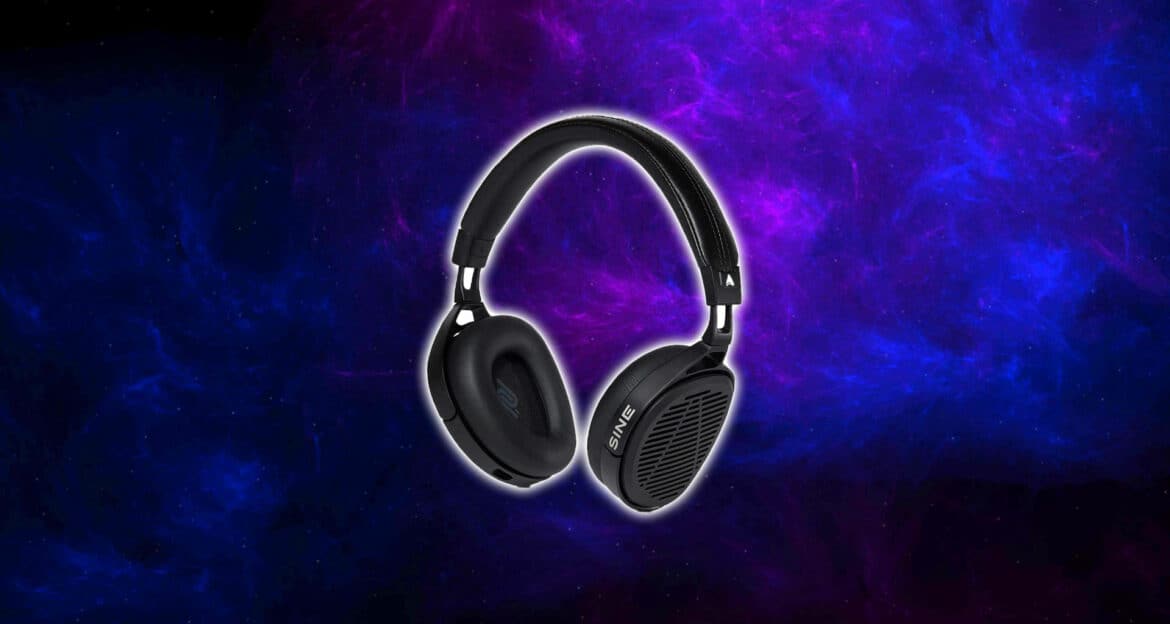 Hello friend and Welcome aboard!!

Before we get into the Audeze Sine review, grab a snack, sit back and relax because…

I fell in love with the closed-back Audeze Sine after demoing them at my local Audio Advice.

I used a NAIM DAC V-1 paired with an Oppo Receiver, and primarily listened to tracks from Chon’s album “Homey.”

I also listened to tracks straight from my Samsung Galaxy S5 through Spotify.

The build quality seems pretty rugged overall. I wouldn’t feel uncomfortable dropping these as they’d probably survive some abuse, but I also wouldn’t push the envelope too much.

Style-wise, they’re fairly utilitarian and unassuming. There’s nothing too special going on aside from the fact that they were designed by a subsidiary of BMW.

So there’s that. xD

The only thing I’m not feeling is the leather on the outside of the earcups. I think it’s one of the poorest design choices they could have come up with.

Because they easily get dinged up, nicked, and scratched, and when you run your finger across the material you’ll understand what I mean. It just feels like a strange design choice and I would have rather seen a sleek matte black finish here.

Because I was listening with a demo model I could tell that they had been through the wringer a few times and to be perfectly honest, it took away a little from their overall pleasing aesthetic.

Aside from that minor complaint, the Sine is a wonderfully built headphone that utilizes metal as well as genuine leather for the earcups and headband padding.

This is something you won’t see very often so I thought it was a nice touch.

The other thing that stands out here is the angled wires connecting to each cup.

As you’ll see in Metal571’s video below, this prevents the cord from pulling out if you happen to get caught on something and looks to be a solid design choice overall.

You’ll also enjoy the headband adjustments themselves as they move up and down in an incredibly smooth and fluid motion.

This allows you to easily get the best fit on your head without having to fumble with the click mechanisms most headphones employ.

Aside from that, the cups themselves are rather small which leads me to one of the few complaints I have with the Sine.

Being on-ear, comfort was perhaps the only thing holding these back from greatness when I demoed them back in 2017.

In fact, you can almost see why they were discontinued by Audeze and are no longer in circulation.

There were a few issues that I still remember clearly even to this day:

On-Ear headphones in general are a rather dicey proposition because not only do they dig into your lobes, but oftentimes they leave traces of perspiration on the pads which can become ear-itating after a while.

I’ll see myself out.

That said, I think the sound made these worth it because it was truly something to behold.

I would classify the sound as smooth, accurate, and balanced, with phenomenal tone and a sound that feels correct and realistic.

In other words, the timbre here is absolutely phenomenal. What is Timbre?

That is, how an instrument sounds in real life vs. the way it sounds through a headphone driver – or its unique tone and what separates it from another instrument.

A lot of this is due to the fact that the Sine is indeed a planar magnetic headphone and will sound markedly superior to its dynamic counterparts.

As with pretty much all Audeze headphones, the bass here digs wonderfully deep but also sounds rather effortless.

If you’re familiar with the Audeze house sound, they essentially tune all of their headphones with a flat line bass, no roll-off below 100Hz, and no unnecessary bumps at 100-200Hz.

I personally prefer this type of low end but your mileage may vary. In the case of the sub-ass, you’ll find almost no one complaining as it reaches down really well and as Ken Rockwell likes to put it, sounds “bottomless.”

As far as the mids, they seem rather flat and honest. You’ll get a phenomenal sense of instrument separation and placement. They reminded me of a Sennheiser HD558, only with more bass and more presence.

Obviously, the Sine is a much better headphone overall, but the way both portray music is very similar in that it’s going to be incredibly detailed and realistic sounding without being in your face.

Female vocals also have wonderful immediacy to them (meaning they sound close to you and very realistic), with the mid-range seeming a tad forward in some areas and flatter/more rolled off in others.

Again, the way the Sine portrays tone is perhaps its greatest asset and something that separates headphones in its class from other cheaper products.

This is an unobtrusive sound that just kind of provides to you the music as is, but also does a wonderful job of revealing things you may not have been aware of before: background soundscapes, ambiance, breathy/throaty noises, etc.

The fact that all this comes in a closed-back-on-ear is rather alarming when you think about it and is just one reason why the Sine still stands out to me after all these years.

Likewise, the treble is never harsh, rarely sibilant, and comes across as very pleasant.

As touched on in many of my Audeze articles, some may take exception to the somewhat darker/rolled off sounding high-end, but I firmly believe this to be purely a matter of taste.

This is due to the fact that Audeze products are tuned better than your average headphone and this is something few people would argue with you on even if they don’t actually prefer the actual sound signature itself.

Metal talked a bit about it being a bit boosted at 10k and 16k, but I honestly didn’t find these overly bright though your mileage may vary.

Do keep in mind I last demoed them in 2017, so I’d definitely have to re-visit the sound again to see what I think nowadays.

I personally found them to strike a nice balance between crisp and shimmery without the sibilance that cheaper products suffer from.

And, as Metal pointed out, it’s astonishing that for an On-Ear closed-back, there are really no issues with resonance which is something you may experience with something like an MDR-7506.

You’re not going to need an Amp or DAC if you happen to have an iPhone, but you will if you’re using an Android device. Really my only complaint with these. How to choose a headphone amp!

Also, as mentioned before, the Cipher cable will provide you with a built-in Amp/DAC, and coupled with the 10 band EQ app these are almost a no-brainer.

Who do these headphones benefit?

I found these to be great with pretty much all genres.

They seem to be very versatile, handling the frequency spectrum with ease. They really make you sit back and relax, smile, and just nod your head.

The presence, balance, and smooth character they provide are just unreal at times. 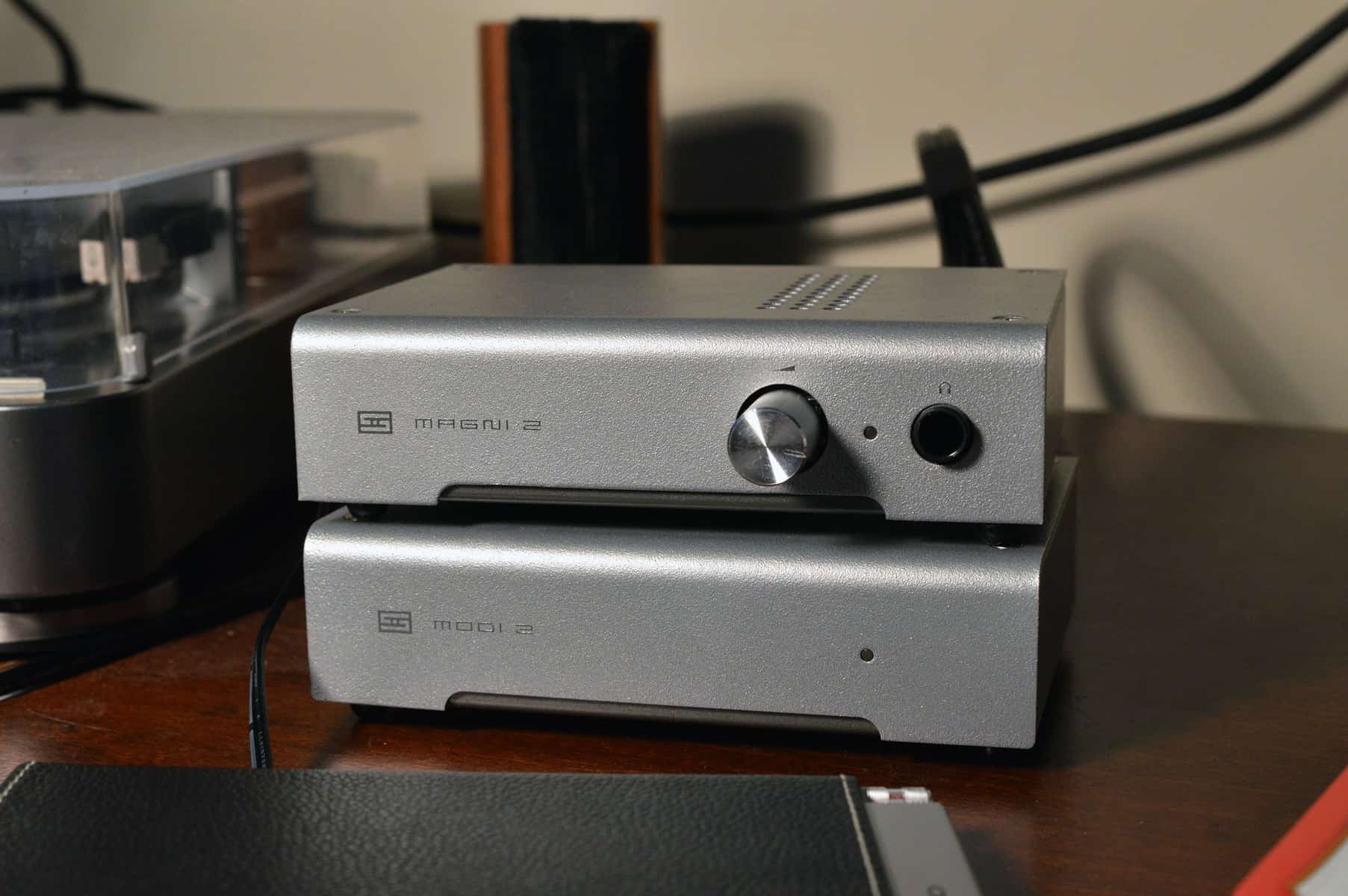 The Soundstage pretty decent for a closed back, but this is still a mostly in your head type of sound which is to be expected. What is Soundstage?

They do not fold up, but the ear-cups do rotate.

Though these are billed as headphones that will sound great out of anything, I would be wary.

As I mentioned before, they sounded a bit quiet out of my Galaxy S5, so I would plug them into an amp if you can.

Way back when, I ran the Schiit Magni/Modi combo, but have since sold it.

My top recommendations nowadays for newer folks are the ATOM for neutrality and the K5 Pro as an all-in-one with a bit of warmth. An extremely well built set of accurate sounding headphones, with comfort being the only caveat.

It’s not terrible, but you will be making frequent adjustments depending on the size of your melon, ears, etc. The sound overall is phenomenally balanced, smooth, and correct in Timbre.

I would absolutely recommend these, but just make sure that you either:

As mentioned earlier, the Sine has been discontinued (but still worth a look to make sure) so you may be wondering what I recommend to take its place as a closed back headphone in this price range ($450 or thereabouts) and of this caliber.

Well, closed backs are extremely difficult to recommend above the entry and mid-fi level, but one that’s always stood out to me is Dan Clark’s Aeon Flow. It’s a bit more expensive, but it’s a planar and sounds absolutely sublime albeit not as neutral as the Sine.

In fact, out of 115+ demoed units at the time of this revision, there aren’t too many other closed backs that compare with the Sine outside of the Aeon and Sony’s MDR-Z1R (which is my top closed back hi-fi recommendation).

Well, that’s about it for today my friend! I hope you’ve enjoyed this Audeze Sine Review.

Does this headphone sound like something you’d enjoy? I would love to hear from you. Until next time… 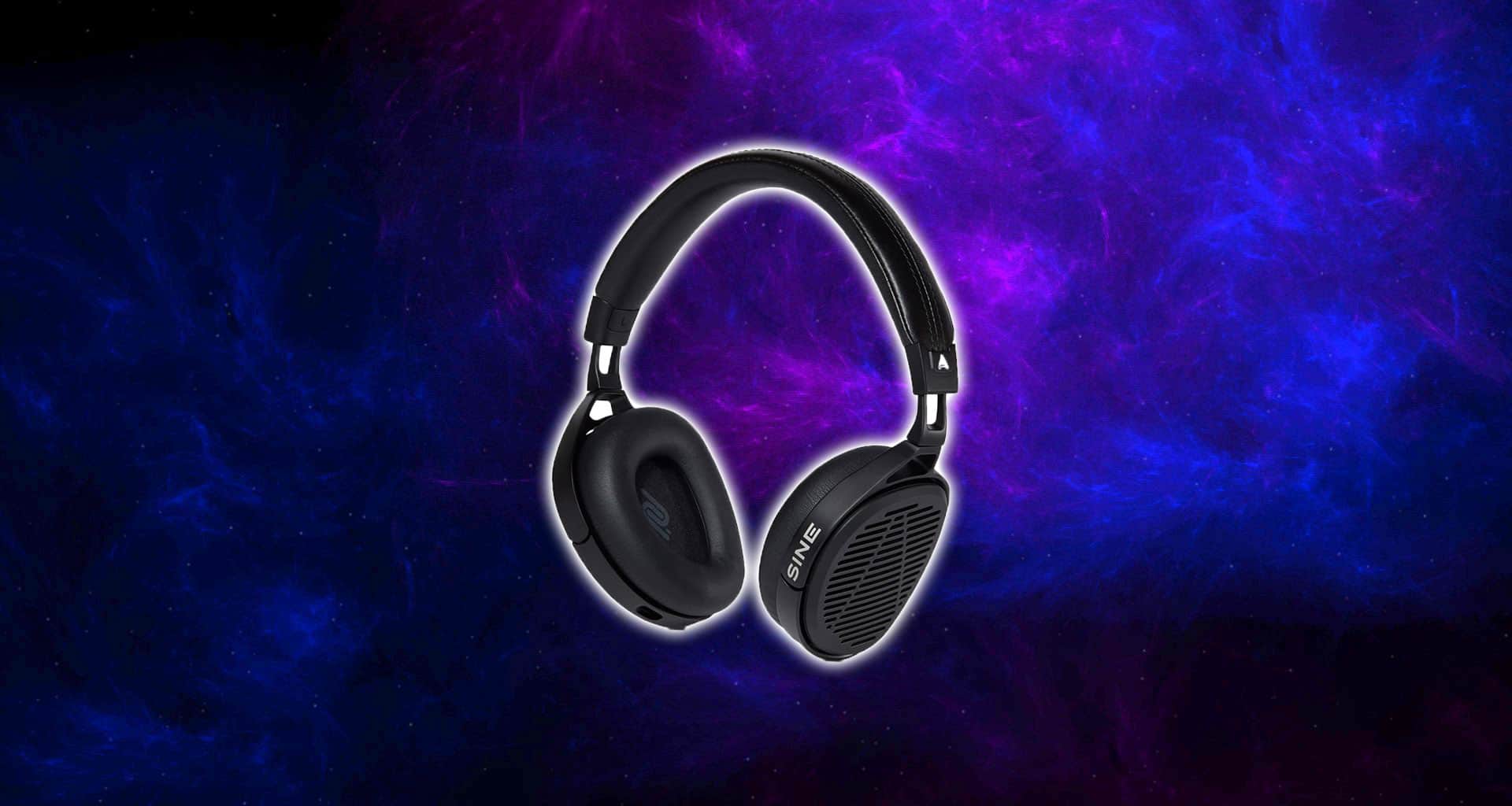 The 16 Best Headphones for Hip-Hop [In Depth Guide]

Audeze LCD-X Review – Worth A Purchase In...