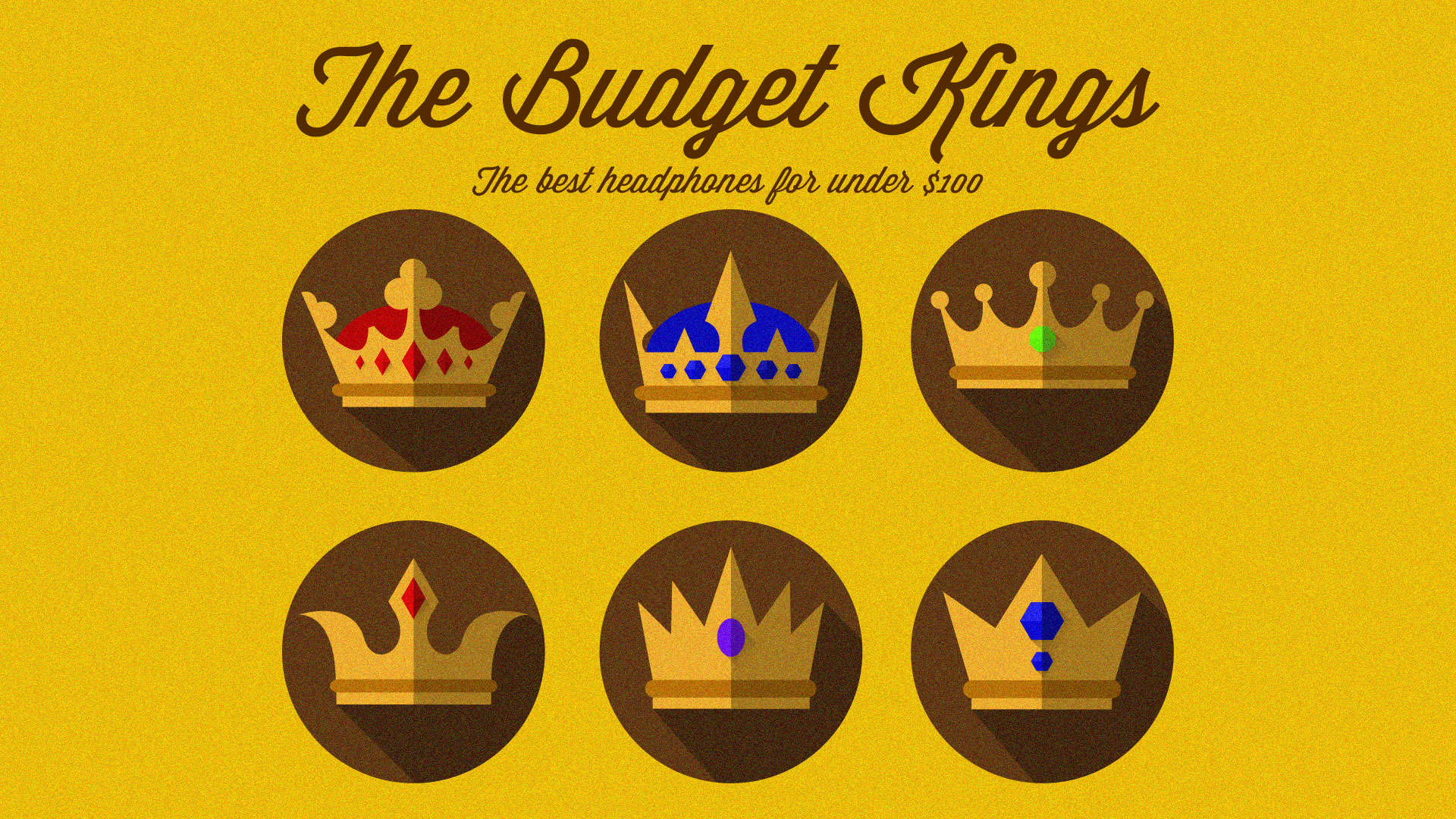 With that out of the way, let’s get into the article!!

Before we get into the Best Headphones for Under $100, grab a snack, sit back and relax because..

There are a lot of great headphones out there under $100, and a lot of them manage to compete with headphones way outside of their price range.

In fact, you may not really need to upgrade beyond this point, as the law of diminishing returns starts to set in fairly quickly.

What this basically means is that as you spend more and more, you’re getting a smaller and smaller improvement in overall quality.

One notable exception above $1000 is the Focal Utopia. This is the best headphone I’ve personally ever heard and is about as complete of a package as you’ll ever find. Learn more: Focal Utopia Review!

You’ll notice that at around the $300 mark, the sound has gotten better but it’s not night and day in my opinion. Most budget headphones that are considered “good” will get you most of the way to a more expensive sound, regardless of what any audiophile snob tells you. Once you start getting up over $600, the changes become more and more subtle, and different factors come into play like tube amps, expensive Amp/DAC combos, and the like.

I’m not saying that more expensive headphones aren’t always worth the price, but I’ve had experience with some really high-end setups, and the sound, while very good, may not warrant you mortgaging away your life savings. Lol.

Thankfully, we’re not about blowing money out of our a**es here at Home Studio Basics. So let’s get into the criteria for what makes a good budget headphone before I really go off on a tangent. 😛

What makes a headphone under $100 good? Heck, what makes it “The best?”

I believe it’s a combination of a few things:

These things are paramount, but at the same time no headphone is perfect and we must be willing to accept that.

For this article, we’ll assign a grade to each of these categories so as to give you a better idea of what you’re potentially in for before you decide to purchase one.

That said, I’ve narrowed down this list to what I like to call “The Budget Kings”, and I’ll link a separate, more in-depth review for each headphone in question. 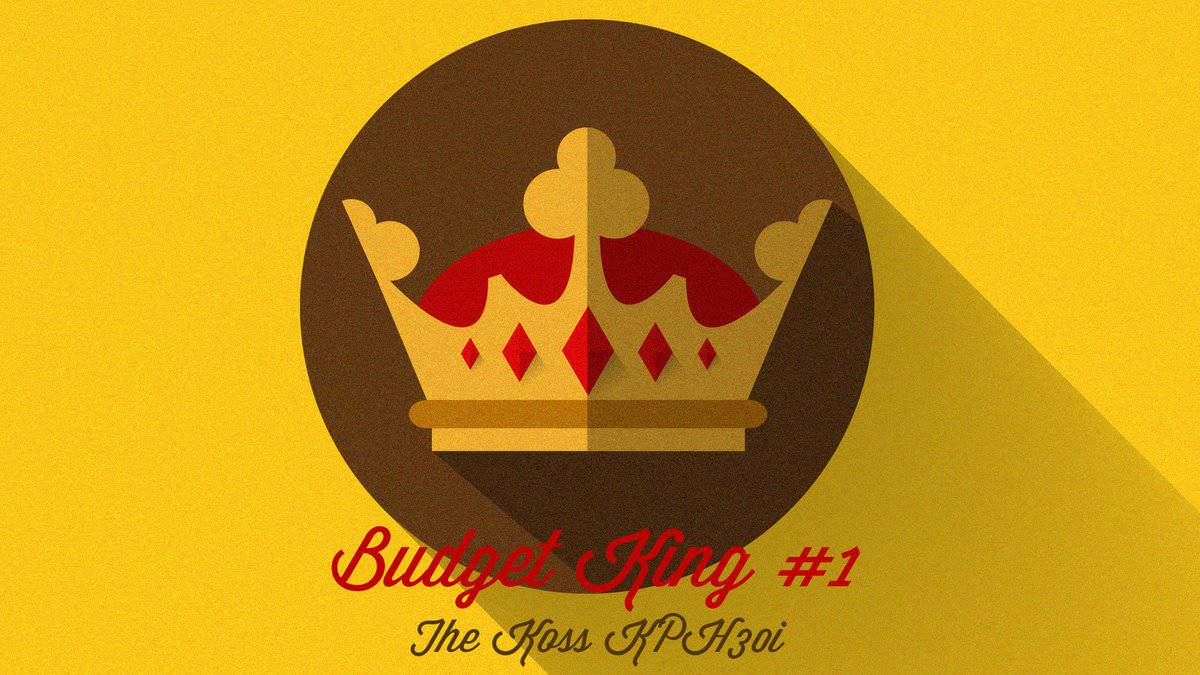 The SHP9500 held the top spot for 3 years, but it’s time for a new sheriff in town. Enter the KPH30i. Once you take a listen to these babies, you’ll understand why I had to unseat the 9500. They sound perfect. There’s nothing I would change about the sound signature. It was tough to place them above the 9500 only because they aren’t nearly as comfortable as my beloved 9500’s. I do think the sound of a headphone slightly edges its comfort factor, but it is close.

CHECK OUT MY OFFICIAL REVIEW! 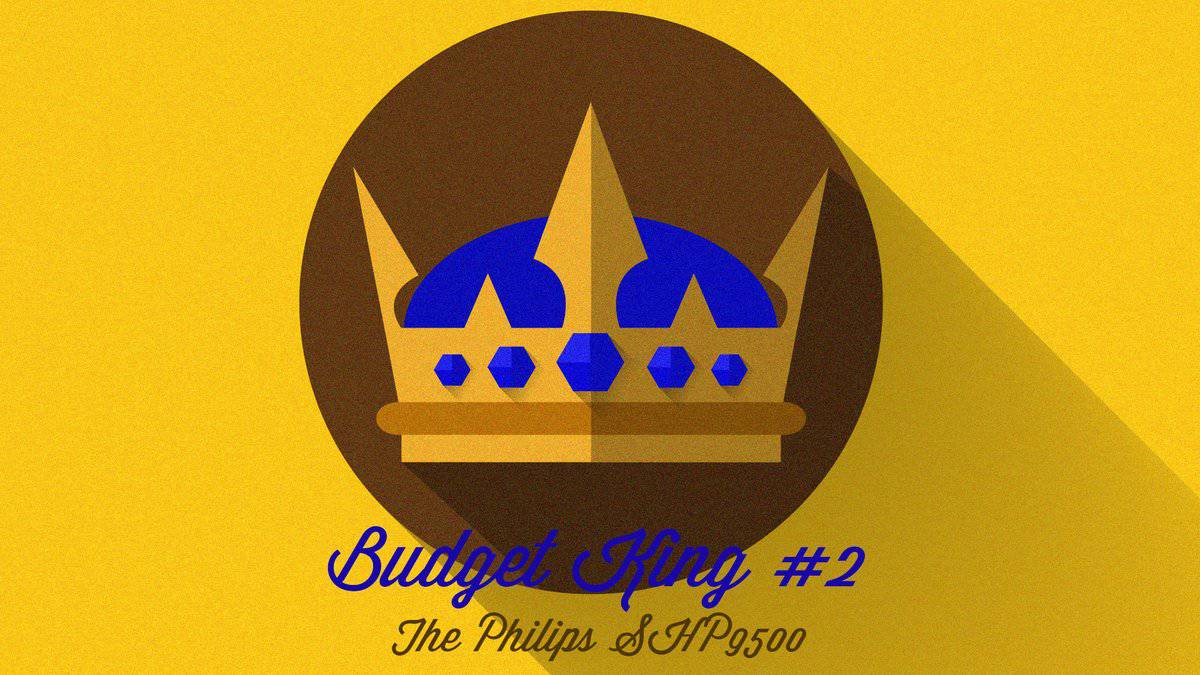 I’ve discussed and debated this headphone ad nausea with many folks, and I’m sure the discussion is far from over.

I believe it to be the total package for under $100 but sound-wise it is outshined by the 30i. Let’s quickly run down the 9500.

So this is my top overall pick, and for good reason. It does almost everything right, at a ridiculously low price if you can get it on New Egg. 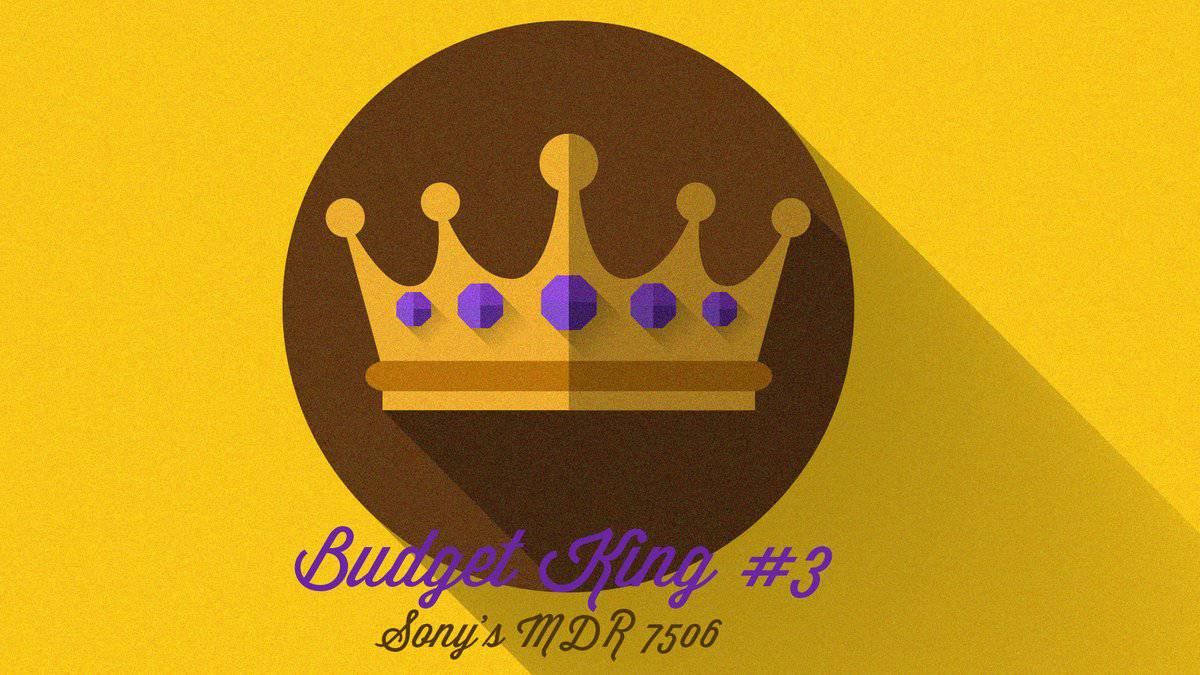 It was difficult to place this one third, but I had to because of those ridiculously flaky ear pads and the propensity for the non-detachable chord to become tangled. Other than that, this headphone should have a place in every engineer’s cabinet.

Let’s find out why.

Originally I had the V6 here, but it has been discontinued. Still, the sound of the 7506 and V6 is roughly the same. Please don’t forget to leave a thumbs up, comment, and subscribe to my growing channel!! I would appreciate any support. 🙂 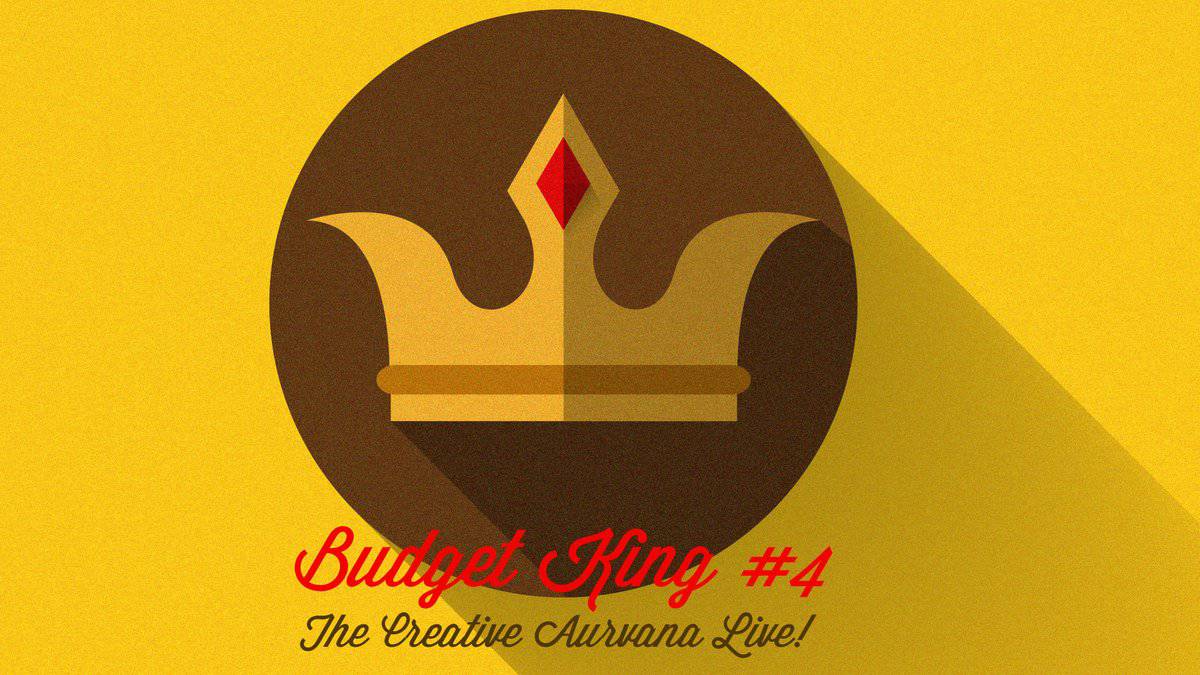 This headphone really impressed me upon demo thanks to my good friend Luke Wagoner. It sounds really balanced for a closed headphone in this price range, with an overall smooth, warm response with plenty of detail still. Let’s take a look.

LEARN MORE ABOUT THEM IN MY OFFICIAL CREATIVE AURVANA LIVE! REVIEW 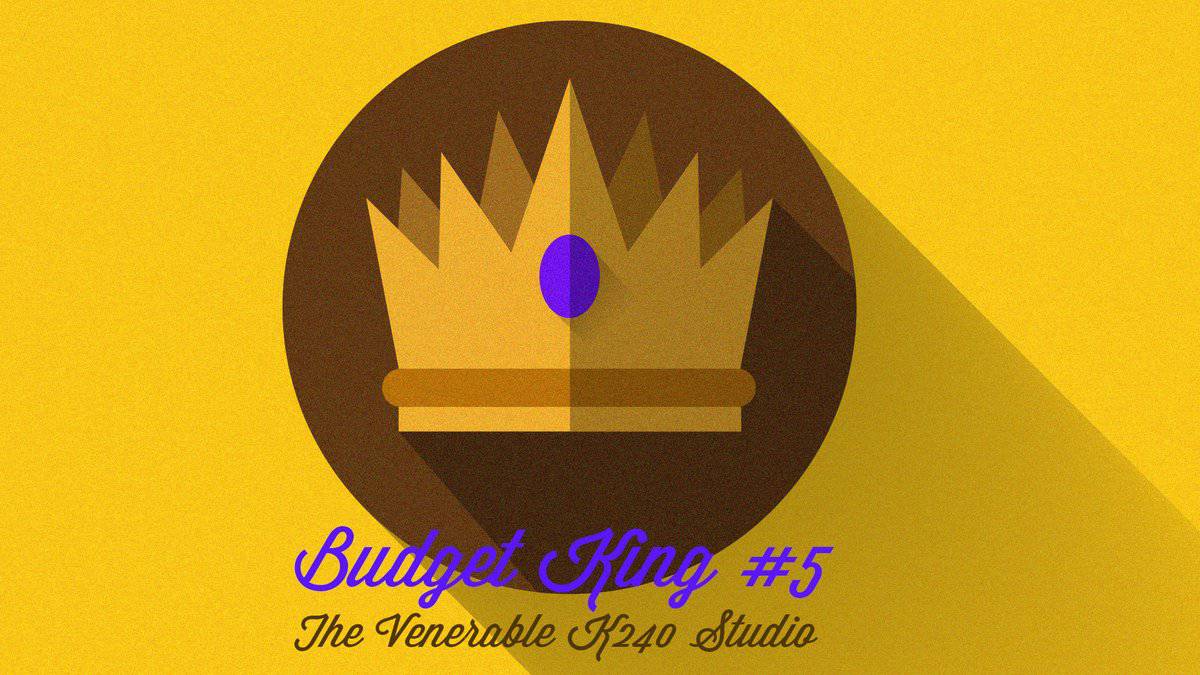 The AKG K240 has been around for longer than I’ve been alive. Imagine that! The sound of this headphone is so good that it has somehow remained relevant for over 30 years. Quite an impressive feat to say the least, especially in the currently over-saturated headphone market.

TheK240 works because it has a fantastic mid-range, wide-open Soundstage, remarkable clarity and detail, and an overall incredibly revealing character. The bass is textured and articulate but rolls off considerably. This is something to keep in mind if you like more bass with your audiophile meal. It’s simply not going to keep up at times, but for the most part, works pretty well and sounds incredibly accurate and precise. You’re going to start to hear every individual note which makes for a smiling good time! 🙂

Let’s get into specifics.

My Video Review & Comparison to the 850


LEARN MORE ABOUT THEM IN MY OFFICIAL AKG K240 REVIEW!! 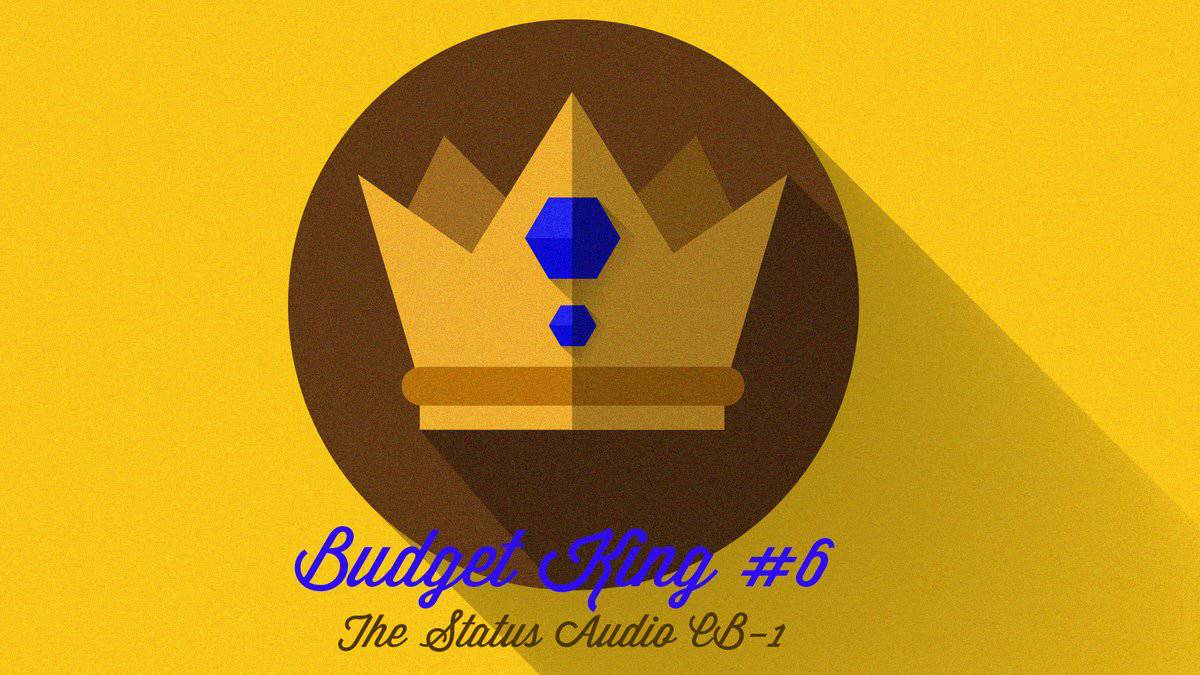 This was a newer addition to my collection, and it earns a spot on the list because the Soundstage is one of the best I’ve heard from a closed-back in any price category. The overall sound is very good as well, with some glaring drawbacks but an overall legitimate sound.

Let’s get into the details.

LEARN MORE ABOUT THEM IN MY OFFICIAL STATUS AUDIO CB 1 REVIEW!!

Well, that was quite a mouthful today! Expect this article to be updated, tweaked, or even added to as I gain more experience in the craft and with more and more headphones.

That said, these options are what you should be really honing in on as far as budget is concerned. They all perform very well and some even rival much more expensive headphones.

My motto is.. well I don’t have a motto. Lol. But I wish people would stop trying to over complicate things and just understand that a headphone like the V6 is about as quintessential a headphone as you’ll ever find. There’s no magic secret or formula to it. It’s been around since the ’80s and will likely be around for decades to come.

For my open back option:

SEE THE PHILIPS SHP9500 FOR YOURSELF ON AMAZON!!

SEE THE SONY MDR V6 FOR YOURSELF ON AMAZON!!

These are my top two recommendations, and make a great one-two punch if you need both an open and closed headphone. They compliment each other quite nicely actually.

Well, my friend, that’s about it for today!! I hope you got something out of this article on the best headphones for under $100, and now have a better idea of the overall picture.

Which of these strikes YOUR fancy? Let me know!

If you have any other questions, don’t hesitate to leave them below or Contact me! I very much look forward to speaking with you..

The Law of Diminishing Returns