The 5 Best Sennheiser Headphones In 2022

Since 2016, I've logged hundreds of hours with many different Sennheiser models. Which ones are most worth a look in today's crowded headphone landscape? 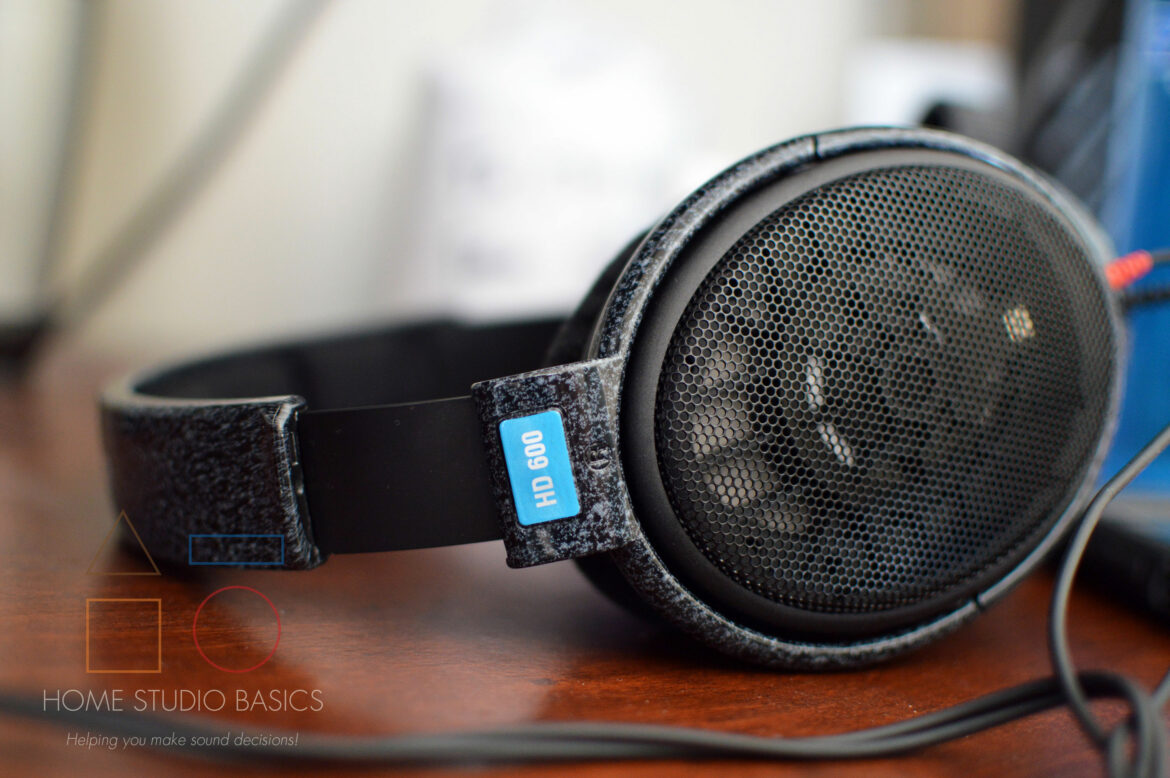 Greetings mate and Welcome aboard.

I’ve had extensive experience and hundreds of hours logged with a plethora of Sennheiser headphones dating back to 2016, and today I’m going to narrow down a fantastic list of the best and only ones you should really consider in 2022 and beyond.

By the end of this article,

you should know exactly which models are the ones to key in on and why.

If that sounds good, read on to discover which one may be the best fit for you.

With that, let’s begin.

Ah, Sennheiser. For me, this is the biggest name in headphones.

Sony, Beyerdynamic, HIFIMAN, Audeze, Shure, V-Moda, Samson, Philips, Oppo, Focal, Audio Technica, and AKG are all brands that I have come to really respect, but there is something about that Sennheiser name.

What is it exactly?

I’m not really sure myself, but when I think of the name, I think of quality, transparency, and honesty more so than any other company.

It may be the fact that they rarely ever put out a bad product.

Couple that with them being the second oldest company in producing headphones (Beyerdynamic being the oldest), and you can see why what they’re doing is so valuable.

They have a long track record of making excellent headphones, and are responsible for the first-ever open-backed headphone!

Notable companies and their founding dates Truthfully, it was hard to keep the original HD600 off the list.

While certainly not #1, it should be noted for being a revolutionary headphone when it first debuted all the way back in 1997.

I still have my original, made-in-Ireland model bought in 2016, and it’s still going strong today.

You may be surprised to learn that for as much as I dogged the cheap-looking cable over the years, it’s held up remarkably well even despite me running over it with my computer chair hundreds of times.

It hasn’t so much as batted an eye!

In addition to that,

all parts are replaceable, the headphones are extremely comfortable, and the sound is just about as ruler flat as it gets.

There’s some bass roll-off below 100Hz, the mids can get a bit shouty at times around 3kHz, and the treble for some may be on the darker side.

the headphones provide incredible instrument separation and imaging, and their tone is just about 100% accurate in my estimation.

This is to say that music sounds exactly as it should sound and will likely blow you away if you’ve never heard a product of this caliber before.

You’re not going to get a real “out of your head” sensation with these (i.e. Soundstage is below average), but they work incredibly well for most genres of music and sound very natural to boot. The HD800 is one of the most discussed headphones of the past 5-10 years, but perhaps not for the reasons you may be expecting.

It makes the list due to its Soundstaging and resolution capabilities alone, but it’s also one of the most comfortable headphones you’ll ever put on your head, bar none.

The earpads are super huge and deep, accommodating even the largest of auricles, and the velour padding ensures you’ll almost never be taking them off.

So if you have ears the size of Arkansas, you’re in luck!

If there’s one thing that seems to be highly divisive among users, it’s the peak at 6kHz which can result in a rather sharp and biting character that isn’t too welcome.

the headphones respond incredibly well to EQ so you may still consider purchasing one of these bad boys now or in the future.

The only flaw in an otherwise perfect headphone was that 6k peak that everyone complained about in the original.

With the 800S, Sennheiser listened to user feedback and dampened down the treble, which renders them just about flawless. They also changed the color to all-black, which I personally like but your mileage may vary.

Credit to my boy @Metal571. Check him out on Twitter! If there were ever a headphone to give you a blank stare, it’s probably the HD560S.

Regular readers may know about my love/hate relationship with the 500 series line, but I truly think the 560S was a step forward in terms of refinement, bass response, and the overall tuning of this headphone.

the problems I had with the HD598 (namely the fuzz/distortion issue at higher volumes) coupled with the headphones’ somewhat poor transient response have been almost fully rectified in the 560S.

The headphones can still be a bit on the dull side at times, but you’d be hard-pressed to find a headphone better for Jazz, Classical, or gaming duties due to its fantastic Soundstage, incredible comfort levels, and overall relaxed, balanced, and very neutral vibe.

Couple that with a magnificently tasteful bass shelf from around 20 – 100Hz and you’ve got a recipe for a pretty solid all-around headphone – one that should certainly be considered among the best Sennheiser has to offer. This is one of those headphones you remember vividly for the rest of your life due to the way it made you feel at the time.

In other words, I wanted to strip naked and dance around the room with my air guitar.

The HD25 is a strange animal for sure and will make you feel all sorts of ways.

For one, it’s not very comfortable but boasts perhaps the most indestructible build quality I’ve ever seen in a product.

I remember vividly throwing these 50 feet off my second-story balcony in 2017, having them literally bounce off the ground but still asking for more like Mick Foley.

In addition to that,

they may also be the absolute best headphones ever for Rock and Metal, and I don’t say that lightly.

The sound is intense and over the top, but it does so in a way that somehow doesn’t sound bloated, cheap, or forced.

There’s a great mid-bass rise that helps out with the boner-inducing excitement, and the treble is crisp and bright with excellent mid-range fidelity to boot.

If you’re on the hunt for your forever Rock and Metal headphones, look no further. If I remember correctly, this was the first headphone to really “disrupt” the market and make people rethink how headphones should be priced.

And even despite my ever-growing disdain for certain aspects of this niche (cough DACS cough), there are certainly positives about the hobby that should be highlighted.

The HD6XX is one of those things.

The headphone’s sound signature finds a nice balance between the overly shouty HD600 and the sometimes too dull/warm/sleepy HD650.

the HD6XX is perhaps the most immaculately tuned headphone out of the 125+ that I’ve demoed at the time of this writing.

It’s crisp, hits hard, sounds neutral, and yet won’t bore you to tears.

Like the HD600 and 650 before it, all parts are replaceable and it’s likely to last you a lifetime given proper care.

The important thing to remember is that above this price range, the law of diminishing returns sets in fairly quickly.

I believe the 6XX provides about 95% of what you’re missing in junk headphones, but if you want to experience that last 5%, you’ll pay for it dearly.

Spend any more than that, and the increase in sound quality will only get smaller and smaller while you pay more and more.

This is why headphones like the 6XX are so valuable.

They’re priced below that threshold but still function as headphones that sound just as good.

if you see these for around $200 or less, pounce immediately.

Interested in what I think is the best Sennheiser headphone?

SEE WHAT OTHERS ARE SAYING ON DROP

Well, that’s about it for today my friend! I hope you’ve enjoyed this article on the best Sennheiser headphones.

Questions? Comments? Requests? Did I miss the mark on something? Have a headphone you would like me to consider? One that should be omitted? Please let me know down below or Contact me!!

Which of these tickles your pickle? What about the HD600? I would love to hear from you. Until next time…

Oppo HA-2 Review – The One That Got Away

Soundstage,bass, and not needing a portable amp to run them?
Plus Amazon have them nearly always on sale at £99.
There, thats 4 reasons.

Right, but you could just spend a little more on a 6xx or 2020 400i and get a sound that’s much better, snappier, crisper, and livelier than the 500 series. There’s really no reason to buy a 598 or 599 anymore imo, unless you strictly use it for gaming or something. The 598/599, while good, struggle to keep up at times and the bass is just okay when you compare it to other types of bass responses. The transients on the 500’s have always been sub-par to me and if we’re honest, most people will just end up upgrading anyways, and that was my main point; save money now. Thanks for stopping by!