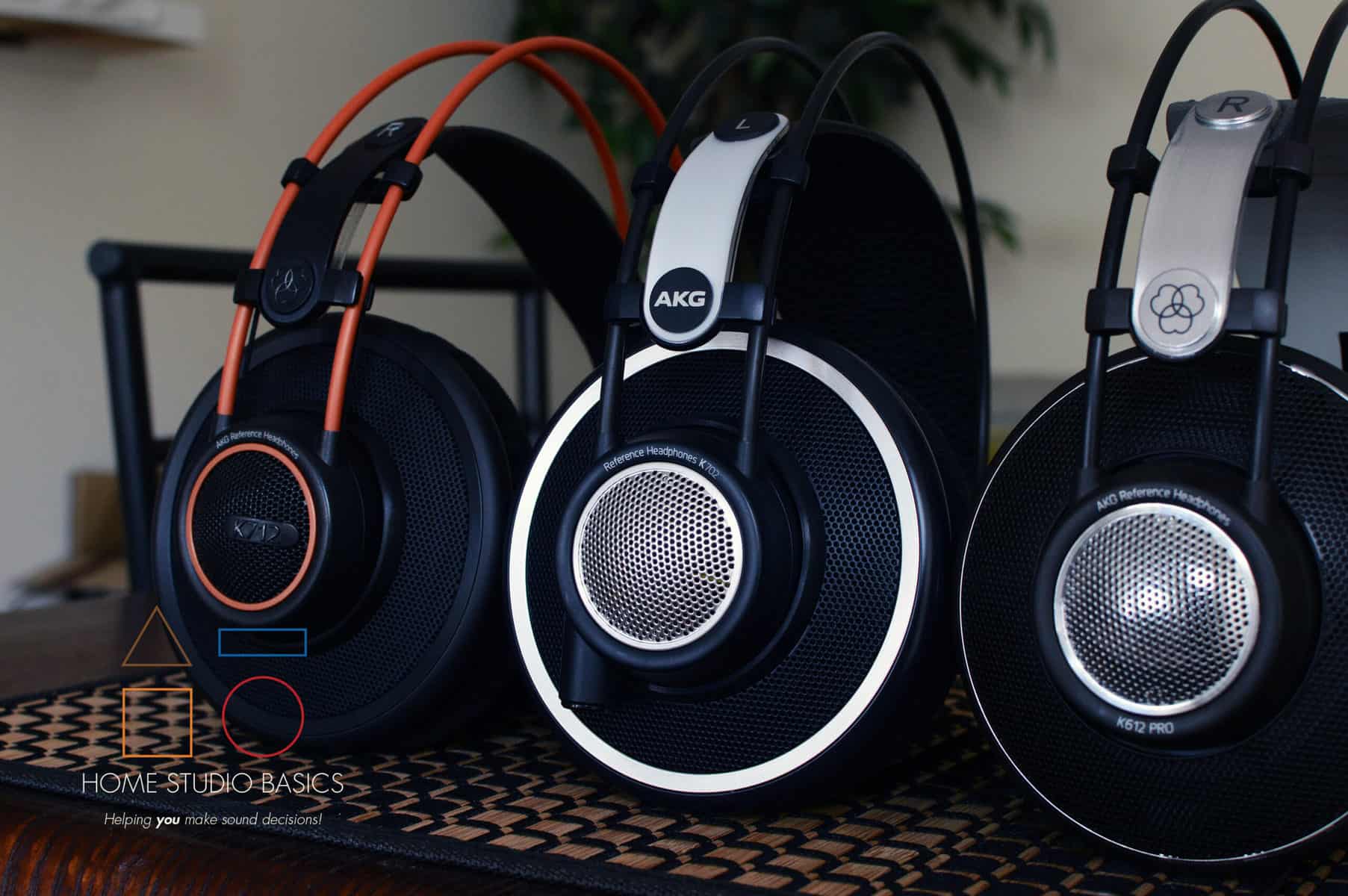 AKG headphones. Are they any good? Let’s take a deep dive into a company I’m really familiar with and answer some common questions that may come up in your search.

Greetings Friend-OH and Welcome aboard. Stuart Charles here, HomeStudioBasics.com helping YOU make sound decisions leading to a beautiful audio experience that will make you fall in love with music (NOT gear) all over again, so… 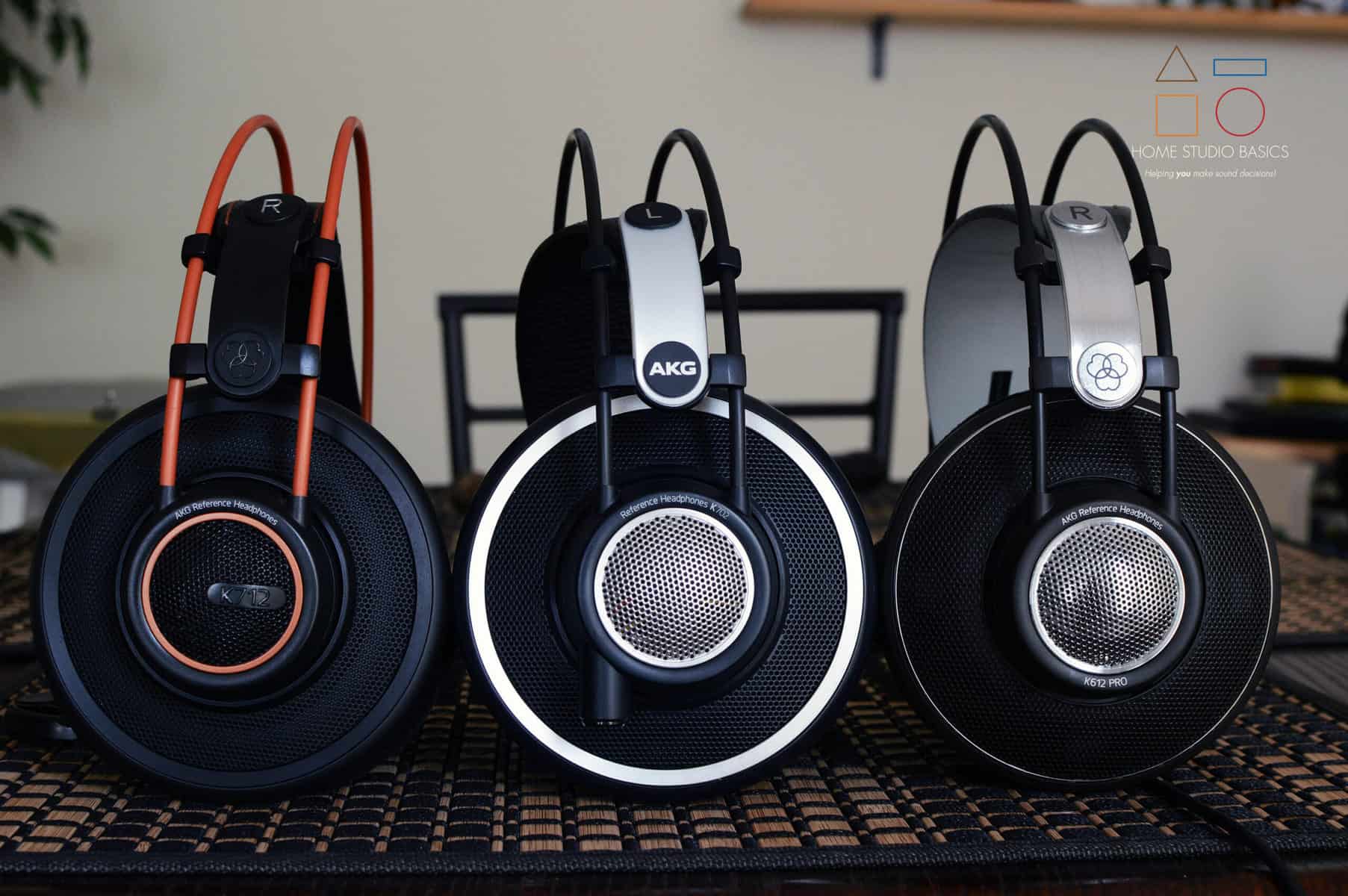 I say yes, some people may disagree. Out of all the ones I’ve demoed or owned, the K702 most certainly stands out as the best in my eyes. In fact, it’s become my daily driver and has kind of replaced my HD600 for daily listening duties.

I like its more open, spacious sound and wide Soundstage more than the 600, and it works for a wider variety of genres and applications. The HD600 can sometimes sound too boxed in and doesn’t really do well for gaming, film, Jazz, and Classical. The K702 does. Related: AKG K702 vs. Sennheiser HD600 [Definitive Guide]

A couple of things to keep in mind about AKG headphones:

Don’t let this turn you off from buying a pair. For as much heat as China gets, they actually make really good audio products for the most part.

I’ve owned my K702 since December of 2019 and haven’t had any issues with it even after heavy use and plenty of drops. I’ve also owned the K612 since early 2020 and it’s doing just fine. My thoughts on the K612 are summed up in this article: Before You Buy An AKG K612, READ THIS!! 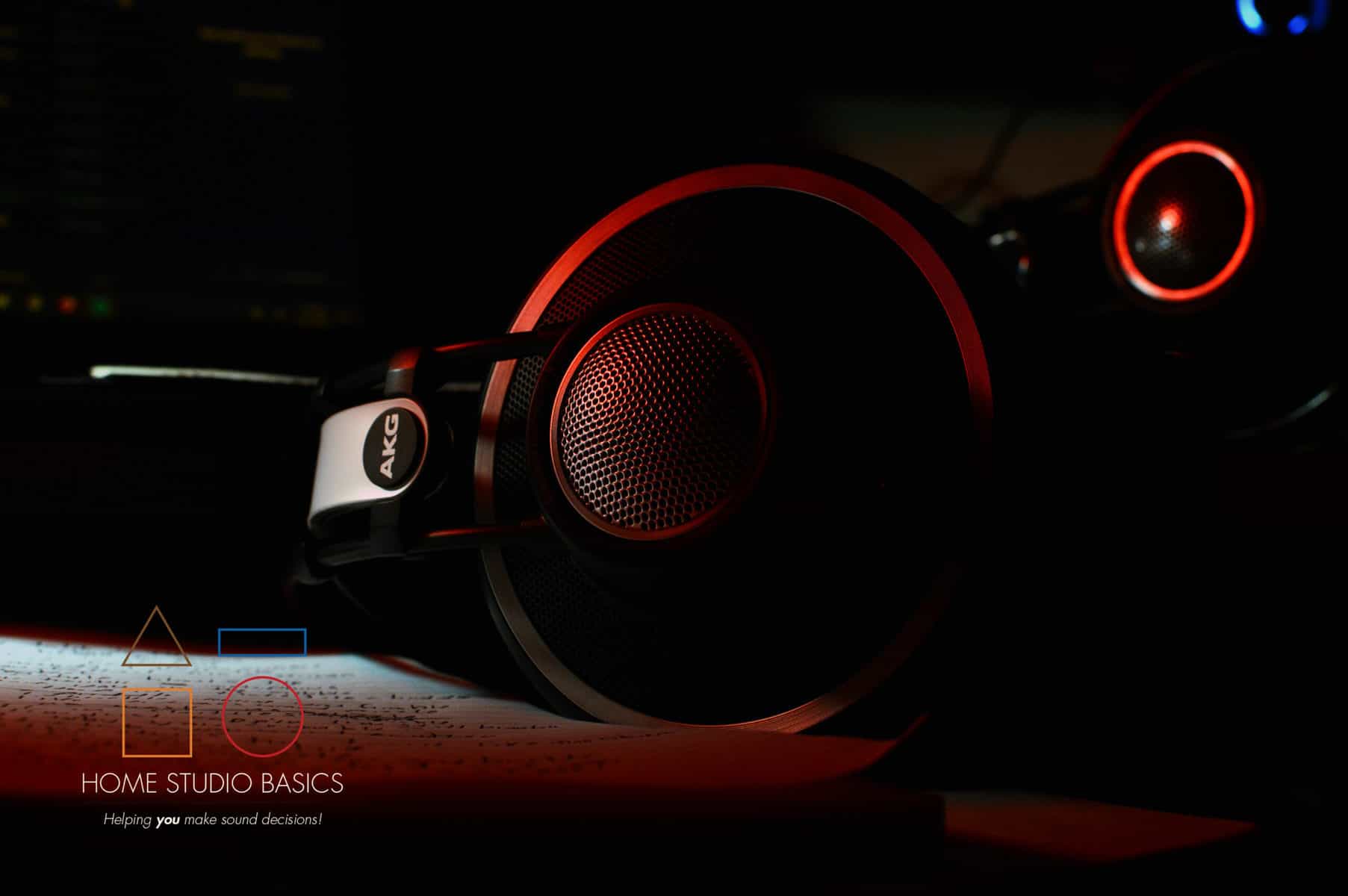 The hammock style adjustment is really convenient and because the pads are rather large and made of velour, the headphone is really comfortable. It doesn’t dig or clamp hard and sits wonderfully on my dome.

Do keep in mind that the K702’s pads are a bit stiffer than the 712’s and 612’s. For me, it’s not a big deal but your mileage may vary. They’re also easily replaceable.

I wouldn’t say they’re “quiet”, but the sound signature is most certainly very relaxed and likely something that will take some time getting used to. Once you do, there’s no turning back.

They do incredibly well for lighter genres because for the most part, they’re very neutral and flat sounding. Most AKG’s have a bump around 2kHz, but it’s done very well and provides some liveliness to an otherwise fairly dull sound profile. The treble, while not bright per se, has just the right amount of sparkle for me without becoming overdone like your mom’s meatloaf.

If you happen to listen to harder genres, it will work but it doesn’t like to be pushed too hard. I personally listen to the 702 with all genres that I love: Hip-Hop, EDM, Indie Pop, Jazz, Classical, Acoustic, Ambient, Soul, R&B, Motown, etc. It generally works well for all genres.

For me, the articulation and detail are what make AKG headphones stand out along with incredibly natural-sounding vocals. Instrument Timbre, while not on par with a Planar headphone, comes eerily close to sounding just as good. What is Timbre?

It’s a photo finish for sure. What is a Planar Magnetic Driver?

I did a really intensive back and forth between HIFIMAN and AKG (specifically the K702 vs. DEVA) and found the AKG was right there. Not quite as good, but close. Close enough to where most people wouldn’t really care or notice. Philips SHP9500 vs. AKG K702 vs. HIFIMAN DEVA 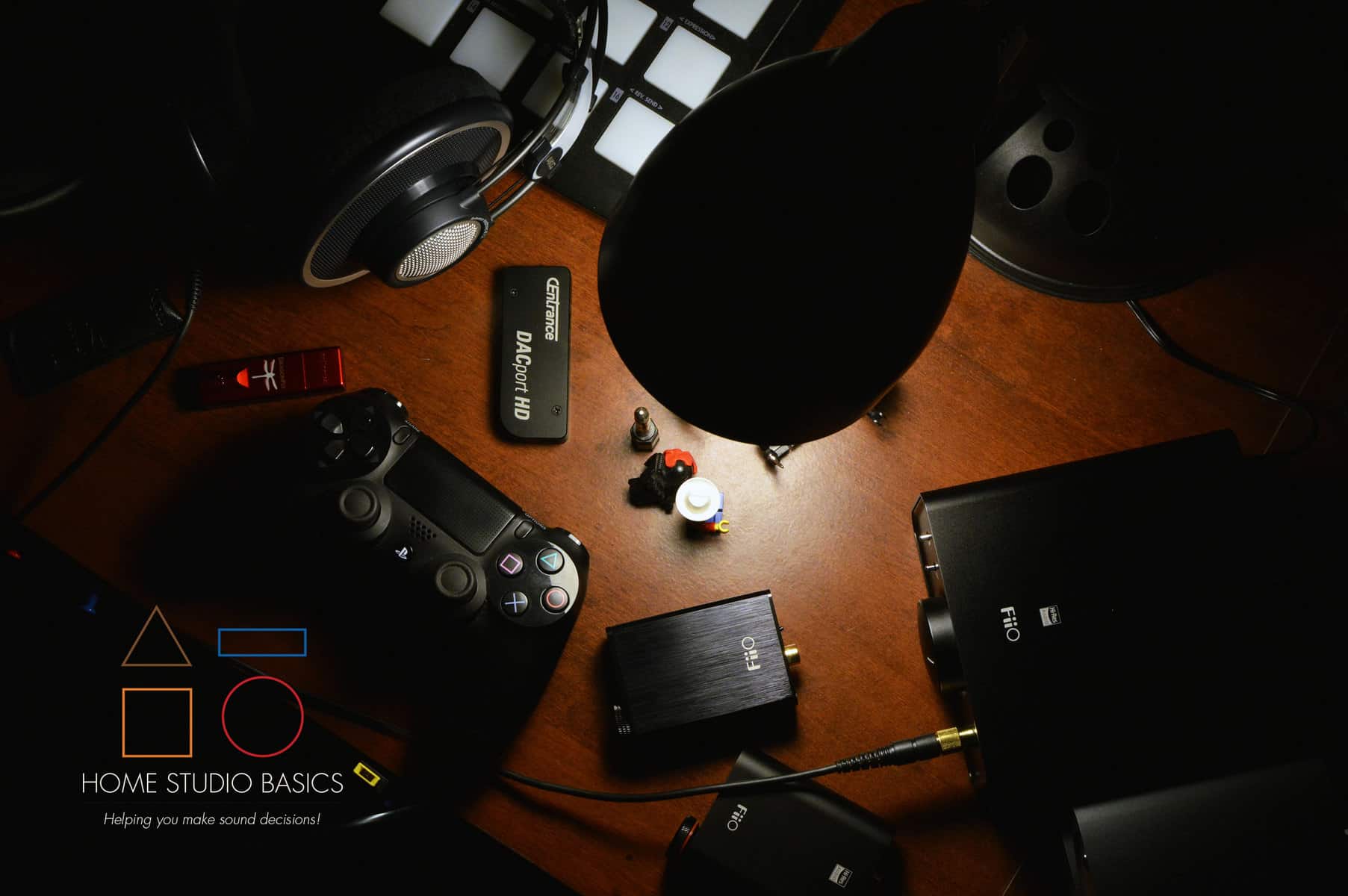 For Gaming and PS4, I love them. The K702 specifically is what I’ll reach for first when sitting down to watch a film or play a game, and they’re incredible for FPS – so much so that I had to stop playing Call of Duty Warzone because I got terrible heart palpitations for 2 hours after I was done and thought I may have to check myself into a hospital.

And no I’m not kidding.

The environment closely mimics a warzone in that you’re constantly on high alert and mentally preparing for a potential gunfight. Contrary to the original twitch shooters, Warzone is a slow burn. You’re always anticipating something about to happen which actually causes more stress on your psyche vs. kind of expecting a gunfight immediately when playing something like COD4 or Black Ops.

The K702 paired with a SoundBlasterX G6 only magnifies this sentiment as the sound design is incredibly raw and realistic. 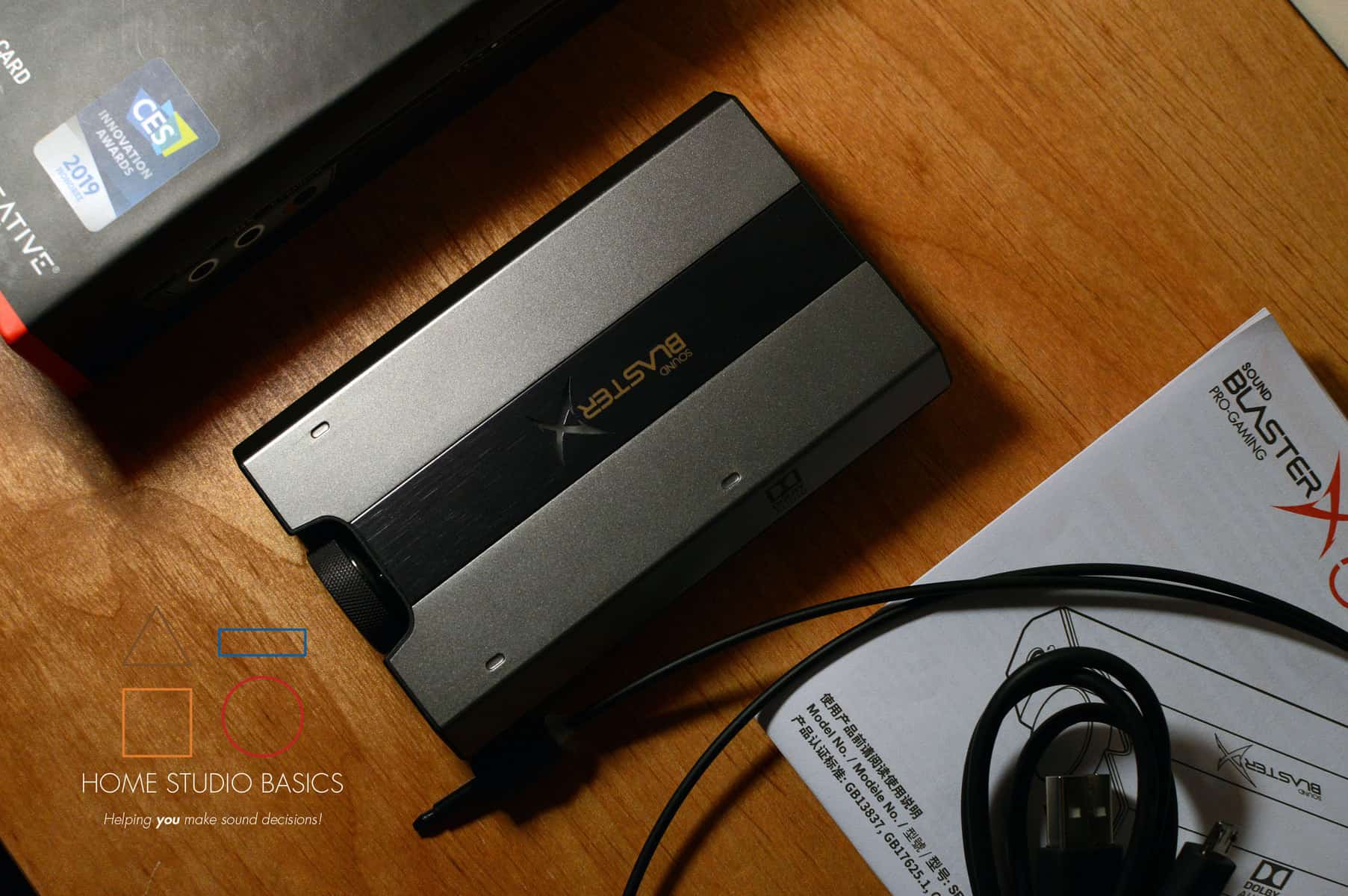 Because you’re constantly hearing sounds way outside of your immediate vicinity, it almost gives off the illusion that you’re there. Combine that with Scout Mode and you’re basically hooked. I was so hyper-focused on the experience that I forgot to breathe.

Jokes aside, I’m serious. After thinking I was going to die of a heart attack and not being able to get to sleep, I did some research the next day.

Apparently, the game is known to trigger PTSD in some former soldiers, so the reaction that my body had made complete sense.

I haven’t since played the game because of that (over a year now), and have coincidentally not had an episode where I felt like my heart was going to burst out of my chest. I can only surmise that it was the game and no other factors considering I mostly eat and do the same things on a daily basis.

I still play single-player games and some other twitch FPS shooters from time to time, but I won’t be playing Warzone again. Your mileage may vary. My friend Luke and I played and he doesn’t have an issue with it. It really just depends.

And no I’m not talkin’ about diapers!

You can use a microphone with an AKG, but because they terminate in a Mini-XLR, you’ll need a separate adapter.

Are they good for mixing? 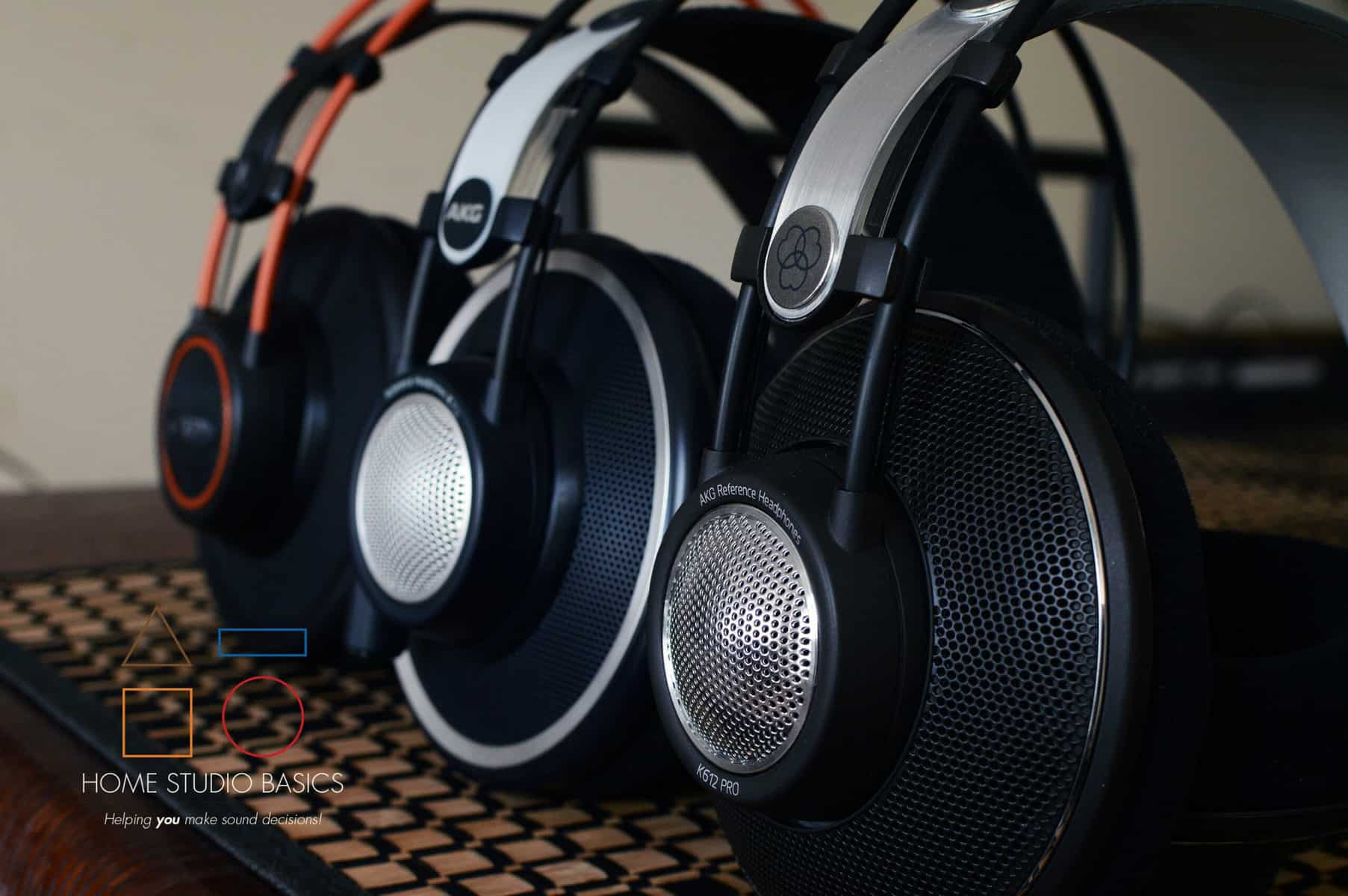 Absolutely. Due to their open, neutral profile, you’ll be able to hear even the most subtle of details. The K702 will give you the most honest portrayal of what you’re hearing, but just be careful not to overcompensate on the bass too much. If it starts to sound too heavy, it’s going to sound terrible on other devices and headphones – especially those with more emphasis on the low end.

A simple example would be Toonorth’s “Last Chance” and “Wish You Would Call.”

Both sound fine on the K702 but pretty bad with other bass heavier cans because he mixed it too high. Just mix the bass at a normal level. You can even mix it a tad lighter if need be. For me, mixing is mostly trial and error. I can mix well on most headphones without an issue.

The other thing about AKG headphones is their wide-open Soundstage. We touched on this for gaming, but with music, it’s more of the same. There’s always this nagging, inkling feeling that something is going on outside of the headphones even though 99% of the time you’re actually hearing some aspect of the song that you wouldn’t otherwise hear.

For music, this is mostly amazing but definitely look over your shoulder periodically just in case Jason Voorhees decides to make a surprise visit to your apartment. 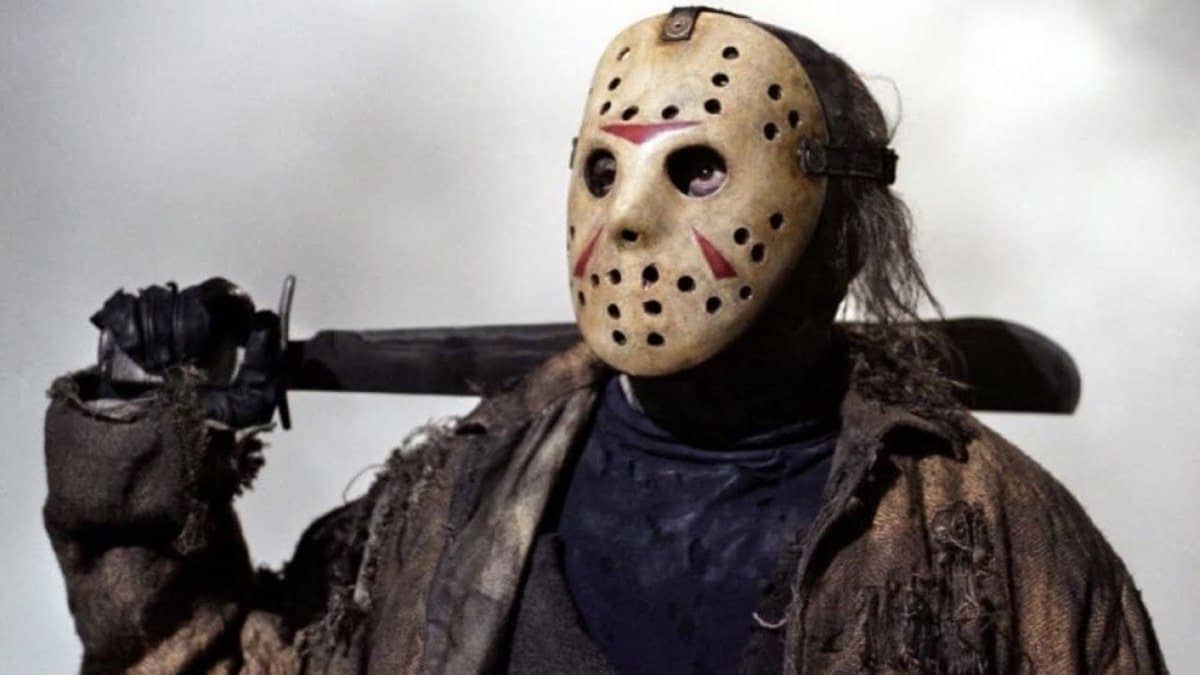 As for which you should go with? I did a shootout of the 600/700 series, so if you’re ready to learn all about the various nuances between them, check it out.

With that, are you ready to travel to our next destination and take a look at another manufacturer of high-end audio? Click below and I’ll see you over there!

Well, that’s about it for today my friend! I hope you’ve enjoyed this discussion on AKG headphones and gained some valuable insight into my experiences.

What are your experiences with this company? Which of them are you interested in? I would love to hear from you. Until next time…