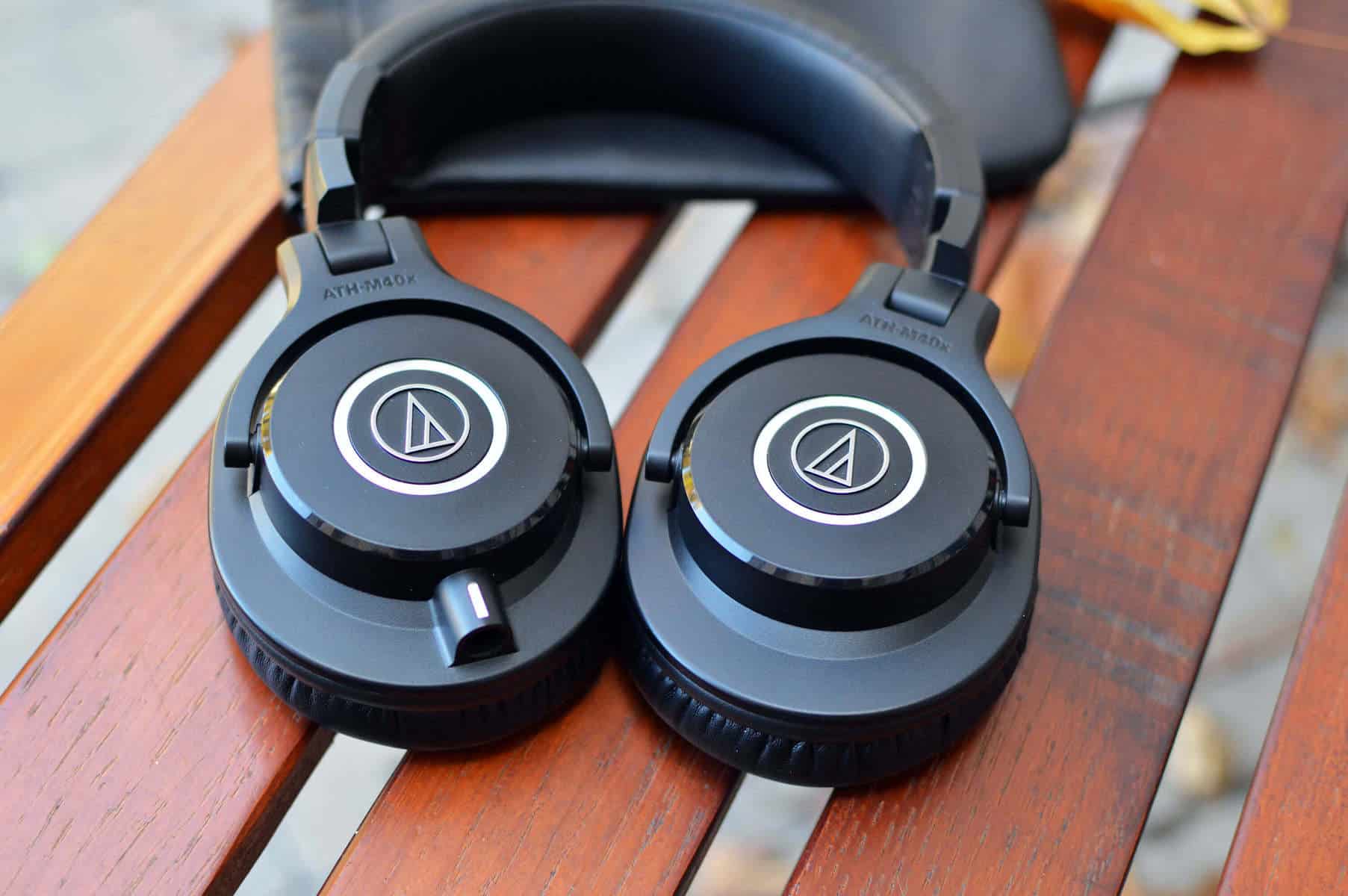 Do you want to learn all about Audio Technica headphones? Good. We’re going to answer some frequently asked questions and find out if any are truly worth a purchase.

Greetings mate and Welcome aboard. Stuart Charles here, HomeStudioBasics.com helping YOU make sound decisions leading to a beautiful audio experience that will make you fall in love with music (NOT gear) all over again, so…

Are Audio Technica Headphones Any Good?!

In my opinion, Audio Technica headphones are hit and miss.

There are a few fantastic options, some decent, and some should largely be avoided.

For instance, the R70x is one of the most neutral and genuine sounding headphones around. Perfect for gaming, mixing, etc.

The AD series is excellent as well. Both the AD700x and 900x are highly sought after for their gaming prowess, and make perfect FPS cans when you’re really trying to hone in on footsteps and the like.

Because of their dry, analytical nature, they do really well at stripping away the fat and getting right down to brass tacks. The bass response on them is fairly lean, but you’re not really going to care about that in the heat of a battle. What you want are a good separation of sounds and a wide enough image/good Soundstage. the AD series provides all of these things. Read: What is Soundstage? [Detailed Explanation]

The ATH series is pretty decent for casual listening, but should never be used professionally as monitors or reference headphones, even despite being marketed as such.

The ATH M40x held a #3 spot on my Budget Kings series for quite a while until I realized that I was glossing over some very crucial issues with it; namely the mid-bass bloat and metallic treble – both of which can pretty much ruin the overall experience.

Beginners may really enjoy these headphones until they gain more experience in the hobby and realize that they just aren’t nearly as good as people claim.

For as much flack as the M50x gets, I do think it’s a better all-around headphone and not nearly as “V-Shaped” as some audiophiles like to claim. The Audio Technica ATH-M50/M50X Will Change YOUR Life

For instance, the DT770 has garnered a weird cult-like following in the audiophile community even despite looking significantly worse from a frequency response standpoint.

When comparing the 2 side by side, there’s really no reason that audiophiles should try and scoff at the sound signature of the 50x; one that is clearly much more balanced when viewed objectively.

You could theoretically use the 50x for casual gaming and probably be happy, but I wouldn’t rely on it competitively. The Soundstage, while way better than people give it credit for, still isn’t up to par with what I consider “good enough.” 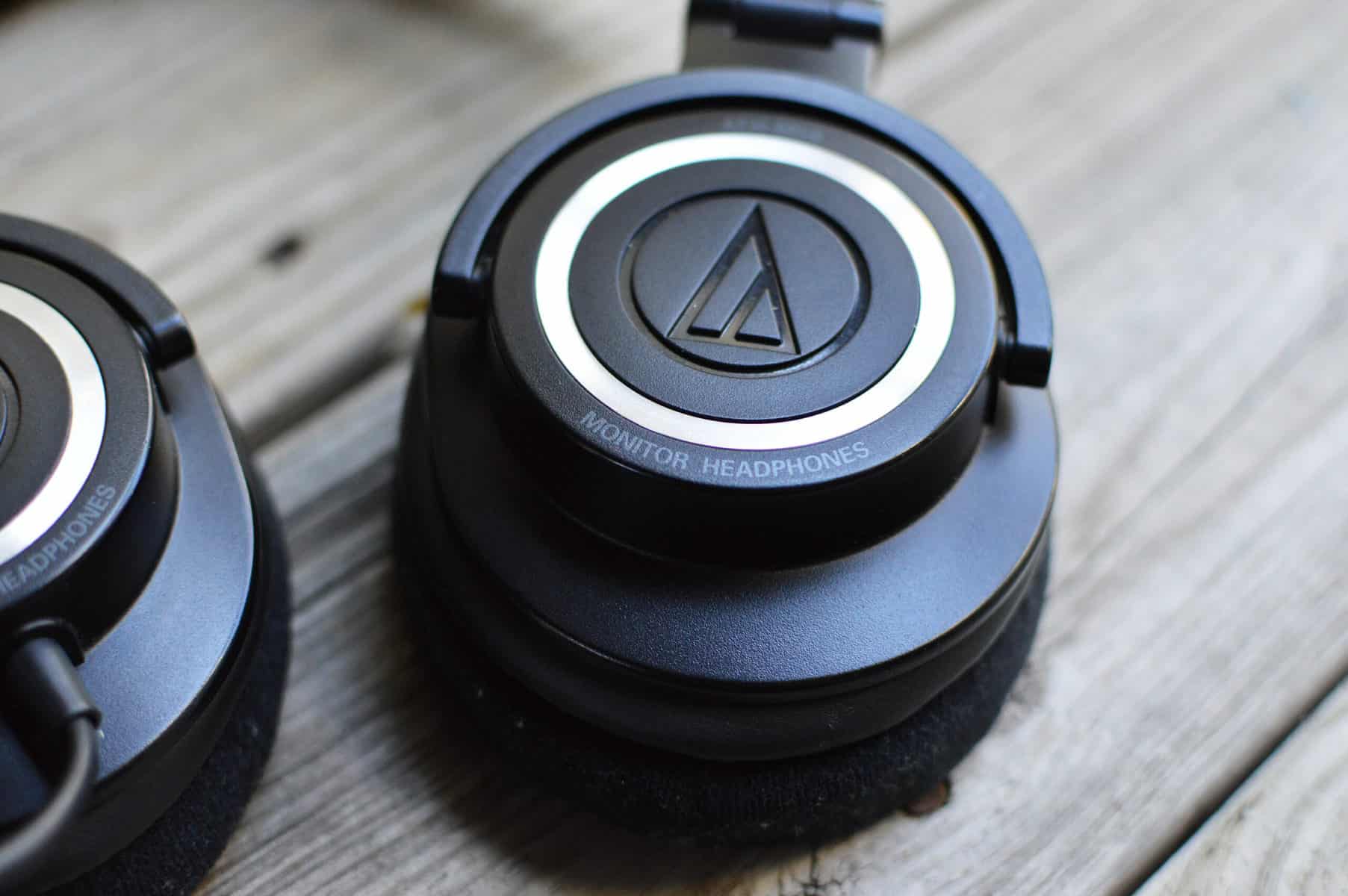 You will get some out of your head moments, but by and large, it sounds like a closed-back; boxed in, semi-claustrophobic, and narrow. This is perfectly fine for privacy in the office, etc. but it’s not something I’d buy for gaming specifically. Read: The Best Headphones for Gaming [In Depth Guide]

This is what I would consider first from a purely neutral standpoint. There’s simply nothing more you could ask for.

These are a bit less predictable but still, sound almost completely flat and neutral. Both the 700x, 900x, and R70x would be perfect for competitive gaming.

Yup, it’s still a relevant headphone despite the haters. Just take a look at the amazon reviews. There comes a point when you have to ask yourself, “Are that many people wrong?”

What’s interesting is when you compare one to a Sennheiser.

Sennheiser vs. Audio Technica vs. Beyerdynamic

I wrote about Sennheiser headphones here, but the comparison between the HD25 and M50x is certainly an interesting one. Throw in the DT770 and we’ve got quite a nice little shootout.

I do think the HD25 slightly outclasses the 50x, but it’s close. What you’ll love about the HD25 is that it pulls off the bass head sound with relative class. The Sennheiser HD25 Will Change YOUR Life!! It never quite feels like it’s trying too hard, but still somehow provides more impact than a magnitude 9 earthquake on the Richter scale.

Okay maybe not that much, but you get the point. The HD25 is hands down the best headphone for metal and to me, it’s not even close. I’d rank the 50x right behind it and then the 770. It’s fast, lively, and bright without being too essy or metallic sounding. Can it get sibilant at times? Absolutely. But it’s not a deal-breaker for me considering how good the sound is overall. What does Sibilant mean?

What makes the HD25 stand out from other similar headphones is its mid-range. You’re never going to feel like it’s recessed, pushed back, or missing. At times it can all be too much of a good thing, so take frequent rest periods. This headphone is certainly the most intense you’ll likely ever hear.

The problem with the HD25 being on-ear is that it’s not comfortable at all; at least after about 30-45 minutes. The 50x isn’t that much better comfort-wise, but the 770 is perhaps the most comfortable headphone I’ve ever worn.

Definitely keep these things in mind before purchasing. You’ll likely be adjusting and re-adjusting quite frequently, but I’ve talked with folks on my HD25 video/article that grin and bear it because of how much they love the sound. I would have to agree and did as much back when I owned them.

The M50x’s issue is a bit different. It’s one of the best-built headphones I’ve ever owned, but the cups will harden and peel over time. In fact, I peeled off the entirety of the cups and headband right before I gave them away. Underneath you’ll find a memory foam, and the good news is that you can easily replace the cups when they begin to break down.

The DT770’s velour padding is simply perfect, with the only adjustment needed being that you’ll have to replace them every year or so when they flatten out.

Nonetheless, you’ll have to take pad replacements into account regardless of the headphones you buy.

Yes, as long as they’re Bluetooth enabled. The Audio Technica ATH-M50xBT would be an example.

Turn on your headphones and connect them to your smartphone via Bluetooth function. Start the Amazon Alexa app. Tap (Menu) in the upper left corner, and then tap Add Device. … If a screen requesting Bluetooth pairing is displayed, tap Pair.

You should now be good to go.

Because the Sonos app is just a controller, no. You cannot. It reads data from your Sonos devices and sends them commands, but it does not read music data.

There are a few workarounds though:

The Sonos Connect is incredibly versatile as it has optical out, coaxial out, and 2 pairs of RCA (1x output and 1x input). The amplifier version as seen in Z’s video below is a bit different as it has an amplifier built-in and can connect with speaker wire to your passive speakers.

In the end, I’d go with an R70x if you’re after the most neutral representation of sound, followed by the AD700 or 900x, and then an M50x for the gym or if you primarily listen to harder genres like Rap, Hip-Hop, EDM, etc.

CHECK THE PRICE ON AMAZON!!

Well, that’s about it for today my friend! I hope you’ve enjoyed this discussion on Audio Technica headphones and gained some valuable insight into my experiences.

What are your experiences with this company? Which of them are you interested in? I would love to hear from you. Until next time…