Recent
Blue Yeti vs. Snowball vs. Snowball Ice
Blue Microphones Yeti Review [With Video]
Before YOU Buy A Grado Headphone, READ THIS!!
The Best Headphones for Gaming [In Depth Guide]
iFi Diablo Review – Is A Dance With...
iFi Uno Review – Unbeatable Value In 2023?
Creative SoundBlasterX G6 Amp/DAC Review
The Best Headphone Amps For The Sennheiser HD800
HIFIMAN Sundara Review – Worth It In 2023?
Tube Amp vs. Solid State – Let’s Start...
Home Microphone Comparisons AT2020 vs. Rode NT1A [With Video]
Microphone Comparisons

Hey there friend, and Welcome aboard!

Today I will be delivering you a comparison review of the AT2020 vs. Rode NT1A, and covering a lot in the process!

Before we get started, grab a snack, sit back and relax because..

Reading the reviews on amazon truly left me disappointed. A good majority of the 1-star reviews that the AT2020 received were from people who had no idea what they were getting into prior to purchase. Guys, this isn’t a USB mic. It’s an XLR condenser mic that will only run off of 48v phantom power. Know what you are buying before you buy it!

What is the difference between a Condenser mic vs Dynamic mic?

There are so many good qualities about the 2020, that it’s hard, to sum up. It does really well with husky, deep male voices. It’s well built and durable and comes with a nice carrying pouch giving it an added portability. Really it’s built like a tank and can take a lot of abuse.

As for its sound, it’s extremely sensitive like the NT1A but boasts a flat, neutral response. Like the NT1A, it greatly benefits from some EQ’ing. Adding a bit of EQ and compression can really make this mic sound amazing. Know that above all, it is still an entry-level mic but proves to be extremely versatile. You can record just about anything with it, and do it well! More on that a little later.

with Pop-Filter under a blanket:

with Pop-Filter, under a blanket, farther away:

I’ve seen this thing used for nearly everything. It’s definitely garnered a reputation for being an all-around workhorse mic. It does well with:

It really is the true definition of a multi-purpose tool!

Before you buy this mic or any mic that is XLR, you will need the following:

Here are a couple of options I can recommend:

The AT2020 is a good starter investment because it comes from a reputable brand with a long line of great mics. It’s also a great workhorse mic that excels with many different applications. It’s well built and durable, and most of the complaints came from people who didn’t know USB from XLR. What is XLR? One negative I came across is that it may sound a tad bright, but not as much as the NT1A. Also, make sure you add a bit of EQ and compression before you write it off. The raw vocals may not amaze you.

This mic seems to get either glowing reviews, or people really complain about it. Some say it’s the warmest, most even sounding mic you can buy in this price range. Others claim that the high end is harsh, sibilant, and much too bright. What does sibilant mean? It can start to sound tinny and thin with big voices, coming out rather sterile.

Overall, it’s a very quiet mic, and the overwhelming majority of people say it’s extremely sensitive. I read a lot of folks regarding it so highly, that they would gladly put it up against mics way out of its price range, specifically a Neumann U87. One thing to know, don’t even think about recording with this mic using your standard computer speakers. I have read that good studio monitors are a must. What are studio monitors? If you don’t, your mix will sound amazing to you, but translate poorly on other electronic devices such as your car speakers.

The build quality on the NT1A is nothing short of amazing, and it goes really well with a Scarlett 2i2. What does an audio interface do? It may pick up things that you don’t want, so be aware of your studio setup. One thing that really stood out to me was the 10-year warranty that can be bought through Rode’s website. One final thing to note, a ton of people commented on its ability to record acoustic guitars with the greatest of ease. If you’re looking for a mic that can do just that, this may be for you!

All that said, I’ve seen it endorsed for:

As alluded to above, this mic needs:

Find out more about your audio interface!

A durable mic with a rock-solid 10-year warranty (purchased through Rode’s website). It’s extremely sensitive and can pick up a fly farting in the next country. Lol, that was straight from an amazon review, can’t take credit although it made me laugh. It compares favorably with mics way out of its price range but may sound harsh and sibilant to many. The high end is a bit tinny and too bright for some people’s tastes.

If I had to choose one thing to say about this mic, it’s that it does really well for instruments, but not as good for vocals due to it being extremely bright. 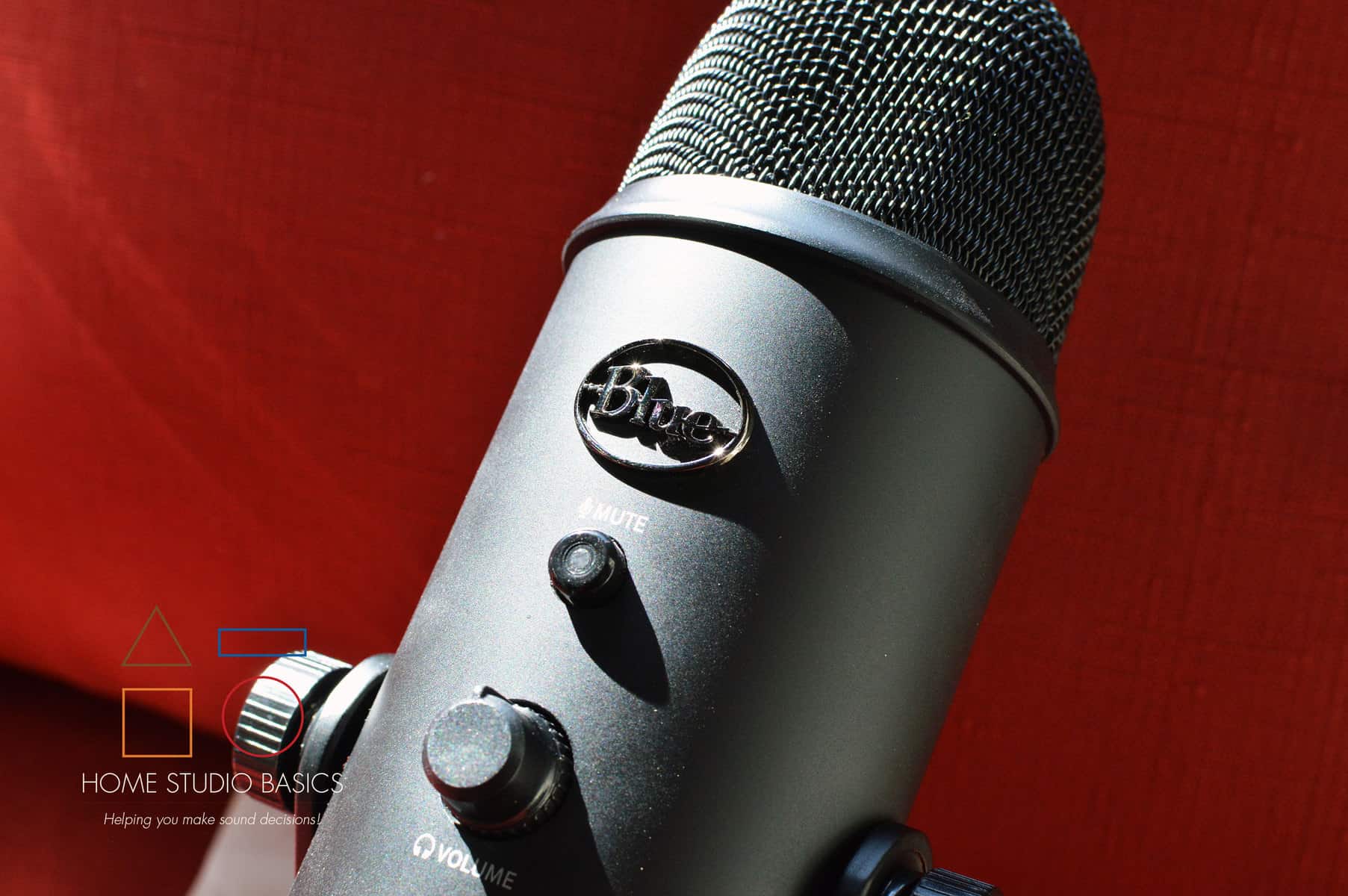 If you’re a podcaster or need a mic strictly for voice-over type applications and you won’t really be using it from a musician’s standpoint, I would go with something else today.

What would I recommend?

The Blue Yeti. It’s the best USB microphone on the market, and you’ll instantly know why once you put it in your hands. The sound is articulate and detailed, and it comes packed with a ridiculous amount of features for its price. The value here is incredible. I’ve been using one for my YouTube videos since 2017 and love it.

In my mind, there is no reason to waste precious time and money on other similar options. The Yeti is the solution. Interested in learning more about everything it can do?

LEARN MORE IN MY OFFICIAL REVIEW!! 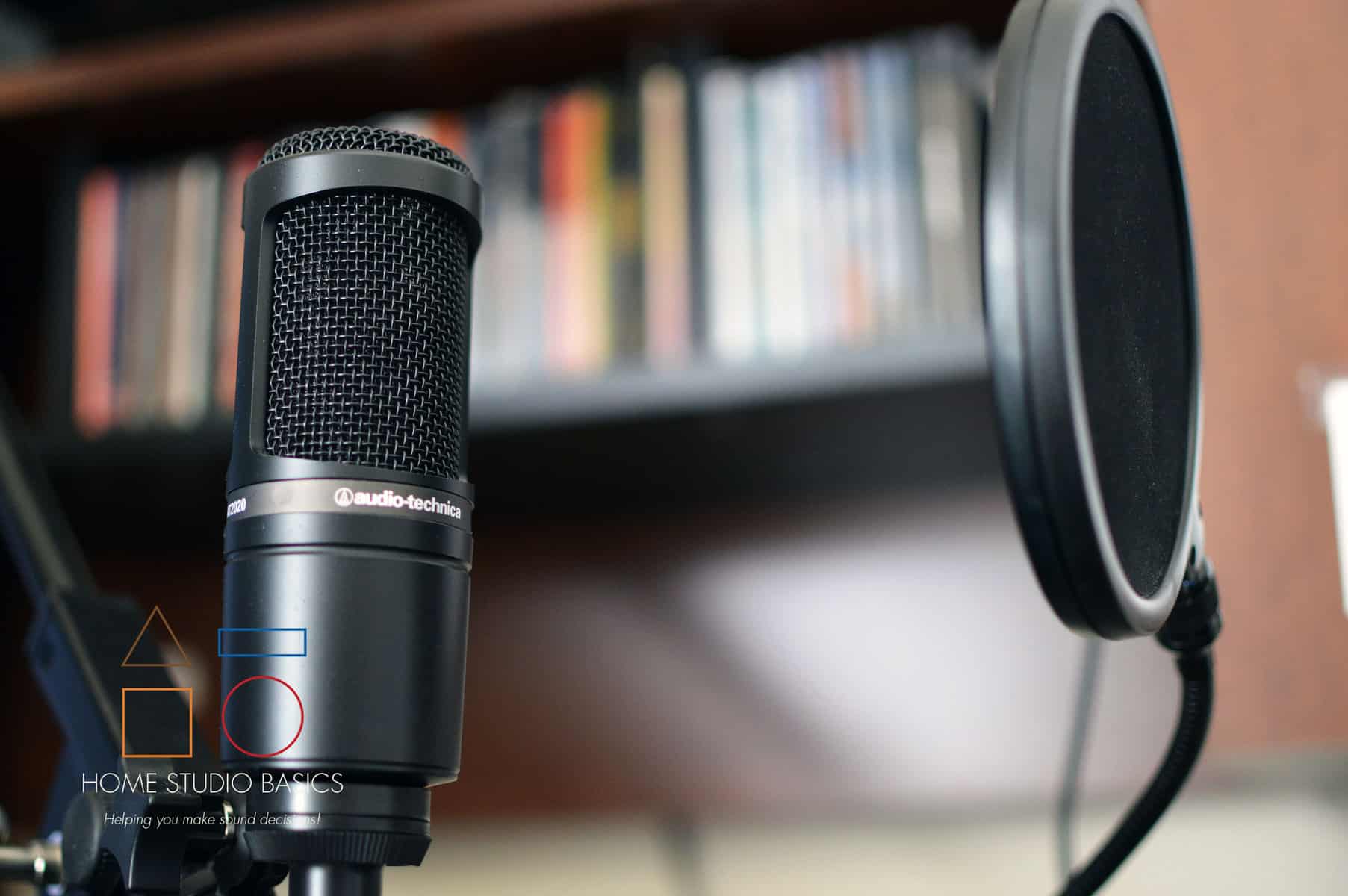 If you’re a musician and need a versatile mic for all of the things mentioned above, I would go with the AT2020 XLR version over the NT1A. Its reviews are less polarized across the board, and it’s delivered proven results time and again for aspiring musicians. Also, ignore the 1-star reviews. I’ve personally read every single one of the reviews. I’m pretty sure that this mic’s rating would be about a 4.75 without all of the misinformation from the guys and gals who didn’t do their research.

Well, that’s about it for today folks! I hope you’ve enjoyed my AT2020 vs. Rode NT1A comparison review, and have some newfound knowledge regarding each.

Which of these mics would you be more inclined to purchase? Are you convinced that the AT2020 is a better option? Let me know!!!

If you have any other specific questions or need me to clear something up, please leave a comment down below or contact me! I very much look forward to hearing from you…

What does Sibilant mean?