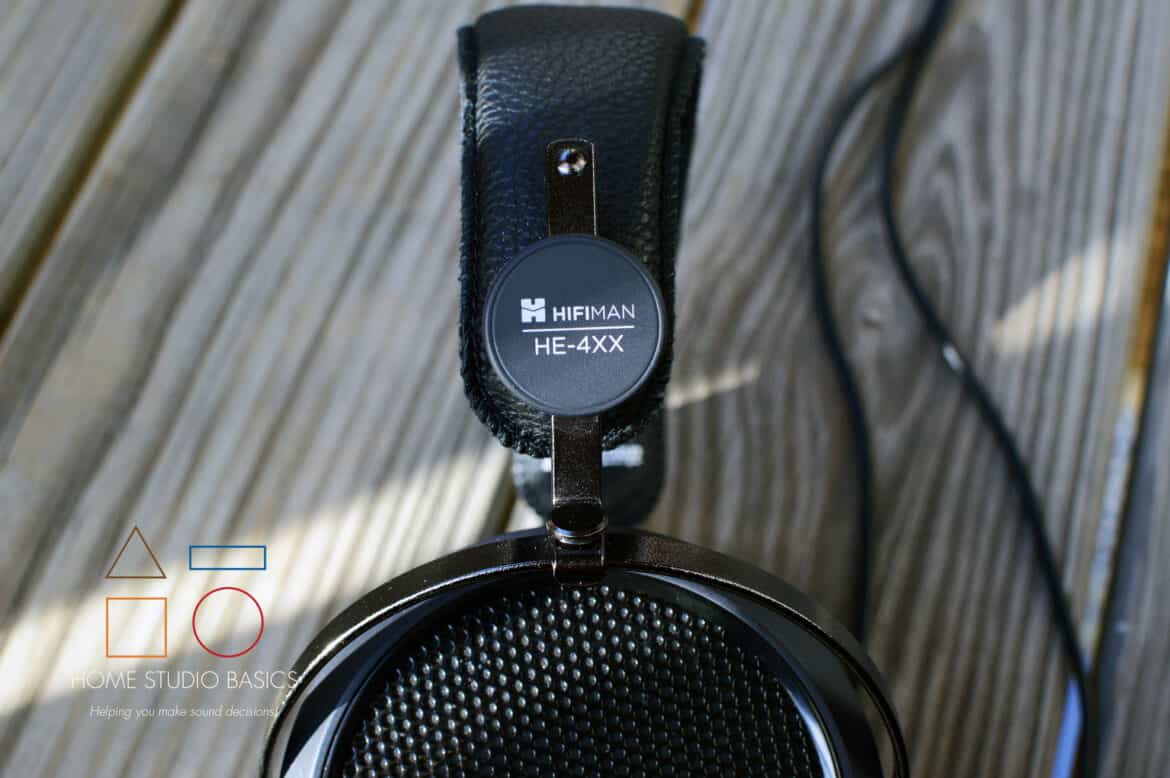 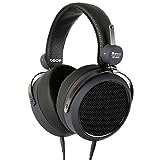 What can we say about HIFIMAN?

Well, the first thing that comes to mind is “hit and miss.”

They’ve made plenty of mistakes over the years but always seem to bounce back when you least expect it.

I’m not going to rehash this story since I’ve told it ad-nauseam by this point and I’m sure many folks are sick of reading it.

If you’re interested in that, I talk about it in the 400se review, the DEVA Review, the 400 series shootout, and likely other places as well that I can’t even remember right now.

But what about the 4XX, you ask? Right off the bat, the build of the 4XX is incredibly eccentric for lack of a better word.

I joked in another article that it’s like Drop said: “Let’s take a bunch of different types of materials that have no business co-existing, and glue them ALL together.”

First off, the headband looks strange and feels rather cheap.

The headphone bale is rather sturdy and robust, but the rest doesn’t really match that sentiment.

In other words, it’s mostly plastic and feels like an arts and crafts project.

The worst part about it is that they decided it would be a good idea to drill screws into said plastic.

Yeah, that’s not asking for problems down the road.

I’ve read about issues with the screw coming loose and it just seems like a complete and utter mish-mosh. The circular piece that reads HIFIMAN HE-4XX is the headband adjustment, but it feels cumbersome to move and completely unreliable.

In fact, I couldn’t even adjust one side on the demo I modeled because it was stuck and wouldn’t move.

That’s right you heard me correctly. Trying to move it felt like something was going to snap, so I left it alone.

This was completely unacceptable as it prevented me from getting the exact fit I wanted and screams “QC Issues”.

I have no idea what sorts of drugs were taken before designing this thing, but please, never again.

Not only that, but it’s ugly.

The colors don’t really match and in my opinion, it was a disaster.

The sad part about it is that they’re still selling it on Drop.

the cups mostly retain the same size and shape as other 400 series models, so I suppose that’s not really an issue.

Well, until you remove them from the headphones.

This is one problem that I’ve bitched and moaned about for years and HIFIMAN still hasn’t rectified it.

It’s the infamous glue issue which turns out to be another arts and crafts endeavor gone horribly awry. Basically, Dekoni manufactures a super expensive pad that HIFIMAN should make themselves which just seems utterly asinine when you think about it.

Those pads should come included with all 400 series model headphones, no questions asked.

Surprisingly, (or perhaps not) it’s very good and about the same as the rest of the line.

The headband pad that I complained about earlier while feeling and looking like a cheap piece of junk, doesn’t dig into my head much. So there’s that.

Clamping force is rather great as always, and you won’t find these digging much at all.

You’ll likely still be making some slight adjustments from time to time, but they’re minor and don’t take much away from the overall vibe.

The cups are large as always, and you’ll have ample room inside unless you have ears like this: Oh my God look at the size of those things!

And what’s up with that bird with the red eyes?

Sounds like someone smoked a liiiiittle too much wacky tobacky.

Comfort is cool. No issues. Your mom married Mr. Rogers. For all intents and purposes, this is the HIFIMAN house sound through and through.

The bass is articulate and digs pretty deep but doesn’t sound bloated or forced, and the mid-range is semi-relaxed (read: the post 1kHz slope downward) but still very good overall.

The issue lies in the treble, which has a sharp and biting peak around 8-10kHz.

This has been an ongoing problem with HIFIMAN headphones for a number of years, but they have since fixed it. More on that later.

Treble bite on HIFIMANs can range from minor (As in the case of the Ananda), to “Omg, no.”

I would say the 4XX falls in the latter category.

The DEVA also had a sibilance issue that I felt could be EQ’d and I did end up doing just that.

I’ve never actually EQ’d a 4XX (demo unit), but I suppose it would probably help.

It just depends on if the headphone responds well or not(most HIFIMAN headphones do).

Regardless, the 4XX’s treble irritated me but I enjoyed the rest of the sound signature for what it’s worth.

This is a smooth, clear, open sound. Soundstage, as with most HIFIMANs, isn’t ultra-wide or deep, but it’s definitely better than an HD600. In addition to that, it works for pretty much all genres and sounds excellent.

This is what has always made the 400 series so valuable to me. I can listen to them with anything and I won’t be complaining.

The placement and spacing of instruments are also above average and the overall sound has room to breathe and doesn’t feel claustrophobic.

At 35 Ohm Impedance and 93dB Sensitivity, I would plan on investing in an Amp as the 4XX is highly inefficient and requires more power from said amp to reach acceptable volume levels.

I used a Bravo Ocean and a bunch of other stuff during my time with it, but just make sure whatever you go with is powerful enough.

I think a FiiO K5 Pro makes for a great option because it’s a tad warm-ish and may help with that treble spike issue. With all that said, I’d go ahead and bypass this one.

Well, for one it’s overpriced.

And three, the treble is going to be an issue.

This is a headphone that you’ll likely regret purchasing later on down the road, so save yourself the headache NOW and buy something else.

But what, you ask?

The 400se are your bread-and-butter headphones.

HIFIMAN improved the build and the sound, creating in effect what I believe to be the second real market-disrupting headphone (The first being the 6XX of course).

Are you ready to dive into my #1 recommendation in Mid-Fi?

Well that’s about it for today, my friend! I hope you’ve enjoyed this HIFIMAN HE-4XX Review and came away with some valuable insight.

Do you agree with my assessment? Why or why not? I would love to hear from you. Until next time… Audeze LCD-X Review – Worth A Purchase In...

Have you heard of people that can’t listen to planar magnetic headphone? That it will induce tinnitus like symptom for them?

I have not heard anything about this. I get tinnitus from time to time but it stems from something unrelated to headphones.