Home Recording Mic Pop Filters: Why You Need Them 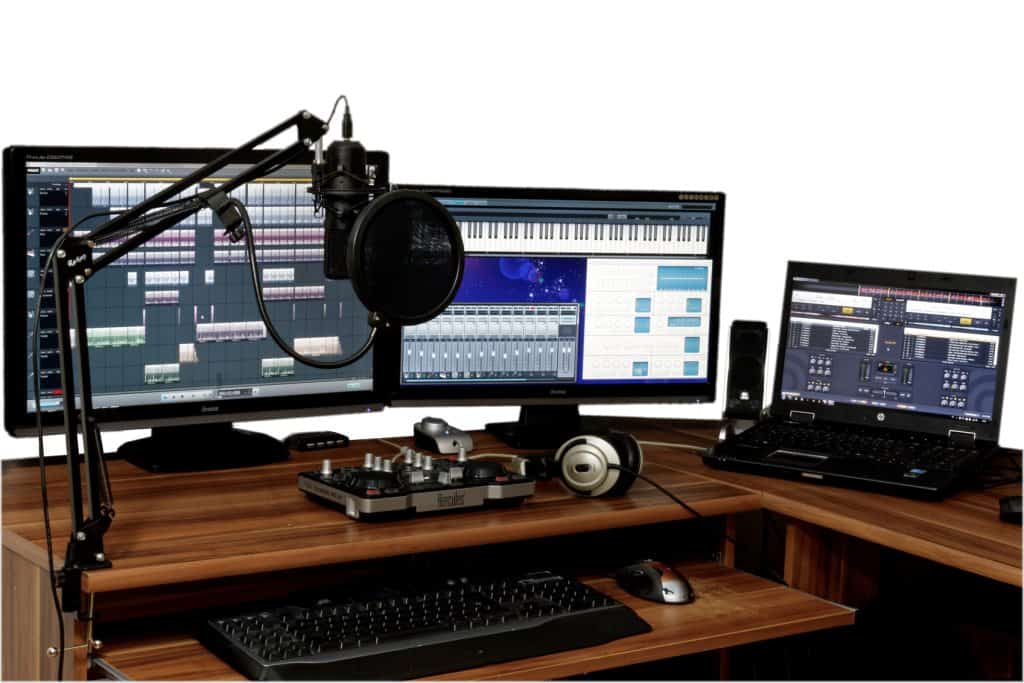 When producing podcasts and other audio recordings, you want it to sound as clear as possible. You wouldn’t want any banging noises or loud popping sounds. While we may not hear these noises normally when we’re talking, these can be picked up by our microphones. Mics are very sensitive devices, that’s why home recording mic pop filters are important for your audio production.

How are Vocal Pops Created?

The noises during an audio recording are created when we make plosive sounds. These are sounds that we produce when we use words that start with the letter P or B. When this happens, we release air. That’s why vocal pops are created.

What makes this sound more obvious is when you’re talking close to your mic. When the plosive sound reaches the mic diaphragm, it then creates a large output signal that is asymmetrical. It is so significant that it saturates the mic’s output transformer and overloads the microphone preamp. This makes the sound worse. To ease this problem, you could engage the mic’s low cut filter or the preamp. Nevertheless, the vocal pops are still going to be there.

If you’re using all directional mics, there will be a proximity effect. This is when the bass tip-up makes your mic more sensitive to catching low-frequency sounds especially if the sources of the sound are just nearby. The plosive sound is basically a low-frequency sound. That’s why it is transformed into a loud and low-frequency pop.

In the studio, we usually use capacitor mics. These are more susceptible to the popping sound. This is due to the light diaphragms of the mic. Here’s where the mic pop filter becomes necessary and important. Let’s get to know more about what mic pop filters are.

What is a Mic Pop Filter? 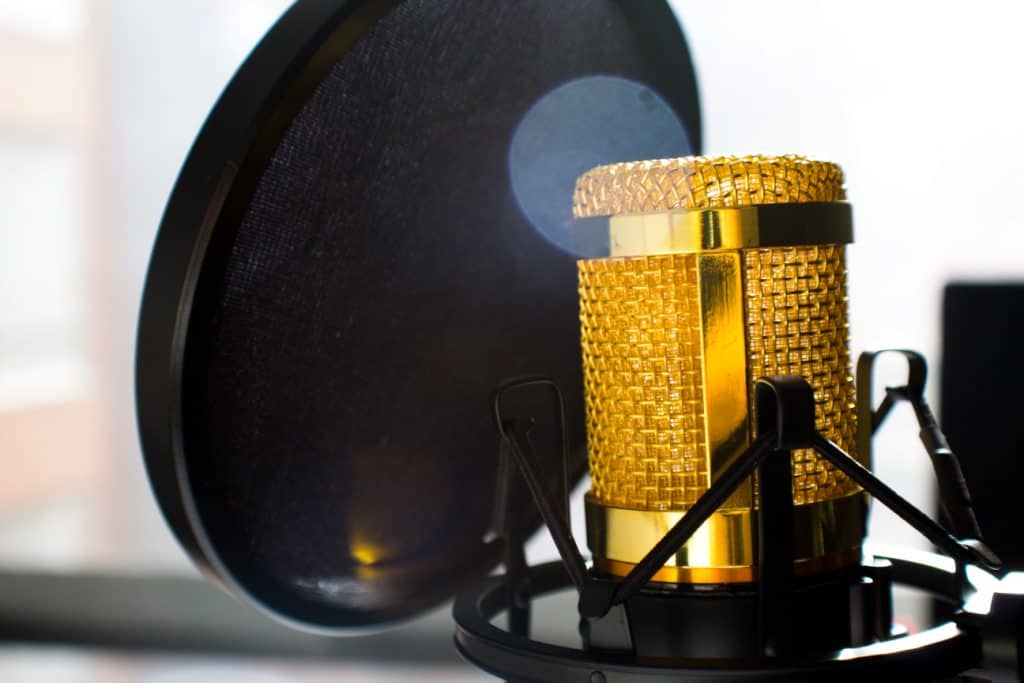 Experienced singers know how to control their voices as well as manipulate the microphone to avoid making popping noises. They would back off a bit from the mic or turn to one of the sides whenever they have to sing loudly or making plosive sounds. But still, there are instances when popping sounds are produced. In many recording studios, you may have already noticed that there are circular screens made of nylon-mesh clipped onto the microphone stand, a few inches from the mic.

While there is nothing special about these pop filters, they do a lot in improving the clarity of the recording. The way that it works is that when you create sound, it passes through the filter’s fine mesh. There is only a bit of high-frequency reduction. But when you produce plosive sounds, they are stopped by the filter. Air from your mouth gets broken up by the mesh of the filter and the mic won’t be able to catch it.

Mic pop filters are better designed these days. Many manufacturers have designed them to have two mesh layers that sit not too far from one another. It is done so that if there’s ever some air that gets through the first mesh layer, it will be stopped at the second layer. No plosives will get to the mic with this kind of mic pop filter.

What is the Best Home Recording Mic Pop Filter?

The best mic pop filter would have to be the one where you don’t have to spend anything. They used to be quite expensive but it’s a good thing that there are so many options now that the prices became competitive. If you want to try your hands at creating your own mic pop filter, here’s a video to help you make one.

But if you don’t have the time to do a little DIY project, there are plenty of choices on the best home recording mic pop filter. I would recommend the Auphonix Diameter. Let me share with you some essential information about this pop filter so that you know what to expect from it.

The diameter of this pop filter is six inches. It has front and back mesh screens to make sure that no air goes through and reaches your microphone to create a popping sound. One thing you’ll like when you buy this pop filter is that you also get an e-book where you can learn many recording tips.

This is especially useful for beginners in podcasting, music production, and audio recording. There are plenty of insights on how to improve your recording technique and make the best productions. Since the pop filter has two layers, you can be sure that there won’t be any distortion to the sound while you’re singing or talking.

The Auphonix Diameter also has a gooseneck which is flexible. You can bend and twist it to better suit whichever position you require. While it is flexible, it is also sturdy. It won’t break when you manipulate it. You also don’t have to worry that it will start to droop and fail to protect your mic from plosive sounds.

If you find that you have a defective unit, you’ll be glad to know that there’s a money-back guarantee good for 12 months. But I highly doubt that you’ll ever need it because the product is designed well and durable. It will surely last for a long time and help you in creating wonderful and clear audio recordings.

Learn more about it:

Home recording mic pop filters are among the most inexpensive and simple pieces of studio equipment that we often take for granted. But using one for your recording sessions can make a lot of difference. If you’re still a beginner in audio production, consider getting a good mic pop filter so that you’ll have clear recordings each time. You can even make one yourself if you’re into DIY projects. The important thing is that you have one for your home recording studio so that those plosive sounds will never be a problem for your listeners.