This is Part IV of the Koss Mini-Series!!

GO BACK TO PART III!!

Greetings Friend-O and Welcome aboard!!

Stuart Charles here, HomeStudioBasics.com helping YOU make sound decisions leading to a beautiful audio experience that will make you fall in love with music (NOT gear), all over again, so…

Let’s get right into the sound differences between the Koss KSC75 vs. KPH30i vs. Porta Pro.

Right off the bat, you’ll notice that the KSC75 is the most neutral out of these 3, with quite a bit of bass roll-off and an overall “blank stare” type of sound.

That is to say, the KSC75 is the flattest and doesn’t really accentuate or emphasize any one particular aspect of the frequency response.

It can sometimes sound a bit dull, but it’s true and incredibly natural. You’re never going to feel like the frequencies are fighting for recognition. It just is. There’s just enough mid-bass to keep it from sounding dull, but it rolls off considerably before that.

Some people out there will be turned off by this type of portrayal, but I personally really enjoyed it. Yes, the sub-bass is almost laughably absent. 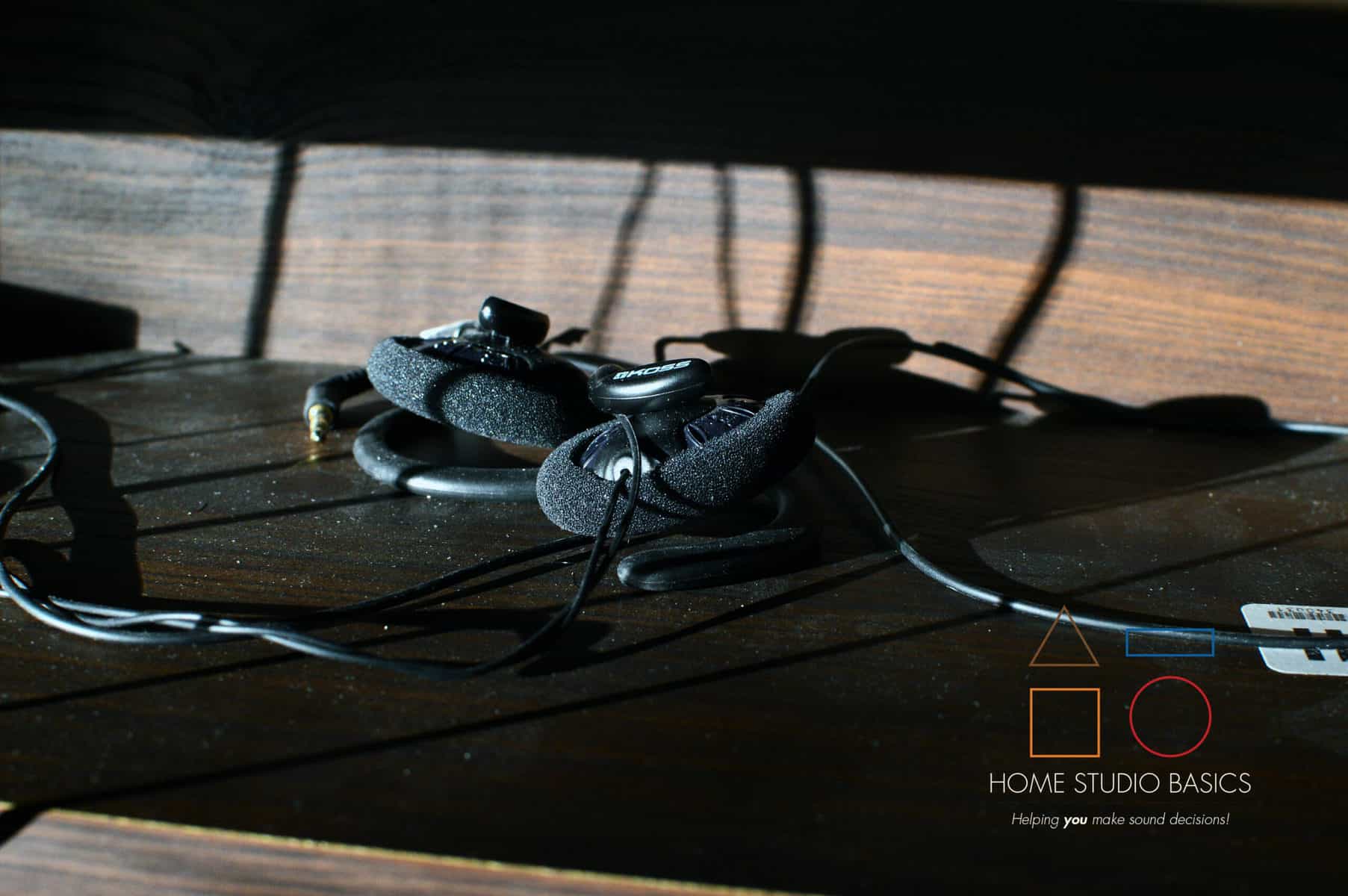 Overall, the bass is there and you can hear it, but barely. It’s almost relaxed to a fault. If you’re a bass head, I’d probably just run in the opposite direction. If you’re a recovering bass head like me and your tastes have shifted a little, you may really enjoy it.

Its treble and mid-range are both pretty flat as well, but nothing really stands out. This can be both a blessing and a curse. The KSC75 is a sound signature best suited for observation. I tend to really hone in on music because it’s given almost free reign to be exactly what it is – good or bad. 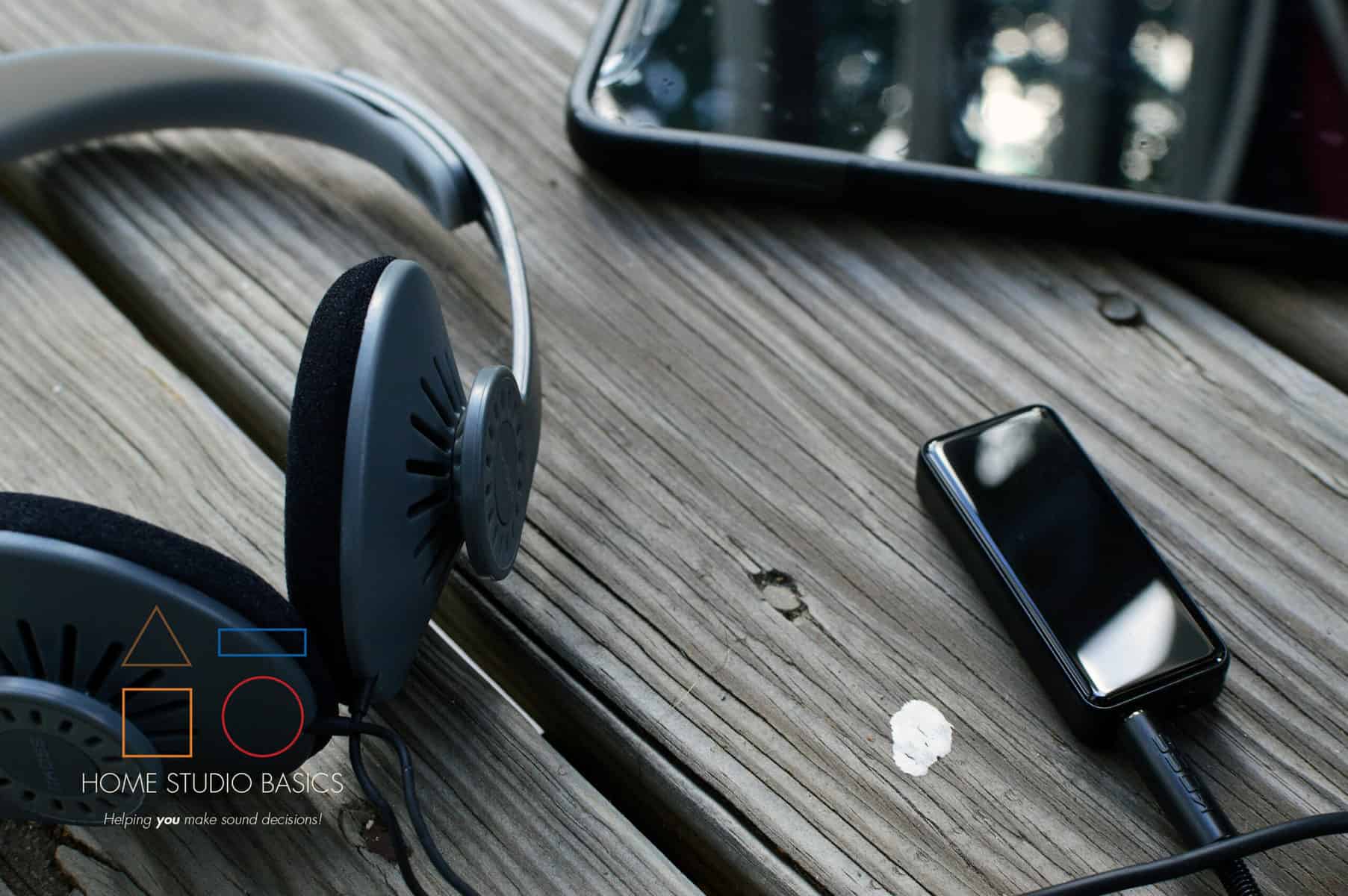 The KPH30i is a little less neutral and more fun sounding than the KSC75.

Its bass has a bit of a rise around 100-200Hz, and I find it perfect for pretty much all genres. It sounds neither too rolled off nor too boosted.

There’s a bump around 2kHz which gives life to vocals and instruments, but it’s not too in your face or obvious sounding even despite being more forward than that of the KSC75. The 75’s is sort of like a subtle rise, whereas the 30i’s is a bump.

Anyway, what about the Porta Pro?

The Porta Pro is most definitely the least neutral out of these 3, with an even more in-your-face mid-bass bump that can sound both good and semi-good/okay/bad on certain tracks. It really depends on the song. It can be a little too meaty in certain instances. Sort of like you’re hearing a bit of an extra layer of buzz/fuzz/impact that may not be necessary.

Still, I find it mostly enjoyable but you will certainly notice it more than the 30i’s kind of gradual rise in that same 100-200Hz area.

The Porta Pro, like the 30i, also has the 2kHz bump and it mostly sounds about the same on both. Plenty of presence and a lively flavor.

All three have a very relaxed, but still crisp and detailed treble although I think the KPH30i’s is likely the darkest.

For instance, Slenderbodies’ “ruminate” sounds a bit clearer on a 30i than it does with the Porta Pro.

By this I mean the mid-bass is almost completely out of the way even though it’s still slightly emphasized. On the Porta Pro, it’s bordering on out of control but still doesn’t quite cross that line. You’ll find this to be the case on most tracks when comparing the 2.

It’s like when your child is getting unruly and obnoxious, but you’re not quite at the stage of giving them a spanking.

You’re at that “I’m going to count to 3 and if you don’t shut your big yapper and stop crying I will give you something to cry about” stage.

It’s a headphone you can listen to for hours without feeling a hint of irritation. Well, except for comfort that is.

Let’s get into it.

The 30i can and will start to dig into your ears after around 45 min. – 1 hr. There’s no getting around it.

The KSC75 is even worse and literally feels like you’re wearing 2 clothes hangers on your ears. This is why I mostly don’t even listen to it anymore. Not only is it annoying to put on, but you’ll start to feel it almost immediately. It digs into your lobes and head and the backs of your auricles and it’s just awful.

The Porta Pro is definitely the most comfortable out of these 3 as I’m making much less frequent adjustments when it’s on my head – almost none in fact.

The Porta Pro also folds up while the 30i does not. The KSC75 obviously does not as the headphone is essentially 2 pieces. The other thing I find annoying about the 75 is that the cables get all tangled up because of the fact that it’s not a traditional headphone.

I don’t know about you, but I want to listen to music, not play with cables.

Cables on all 3 come out of both cups, all 3 are on-ear, all are semi-open, and all utilize flimsy foam padding. Closed Back vs. Open Back Headphones | THE DIFFERENCE?

The only real difference in cables is the termination. The Porta Pro’s is an L-shape, the 30i’s is completely straight, and the KSC75’s is like a cross between the 2. AKA it’s bi-sexual.

The Porta Pro is definitely the most retro-looking out of these, as the 30i resembles a fairly utilitarian design, both in look and functionality.

The headband adjustments are fairly straightforward, while the Porta Pro’s is somewhat unique. Place your thumbs on the 2 plastic pieces on either side and push up to open the headband.

The Porta Pro also tries to be cool with the “Comfort Zone” thing, but I find it almost entirely useless as mentioned in the official review. Because ’80’s, man.

With the 30i you’ll just pull up and down on either side. The 30i also has a flimsy rubber piece underneath the main plastic that rests on your head.

Neither of these dig into the top of your melon which is nice; mostly due to their featherweight profiles.

The earpads on the 30i are the largest here, while the KSC75 and Porta Pro’s are roughly the same, give or take a millimeter or so.

Enough of all that, what about Soundstage and Genre?

I found the Porta Pro to have the best Soundstage out of these, and I was surprised at just how good it was. What is Soundstage? [Detailed Explanation] I was absolutely not expecting to feel like the music was coming from the outside, but I got exactly that. Pretty neat for it being a cheap on-ear headphone.

I didn’t really notice any of those sensations with the 30i or KSC75, but all three have very good Imaging. Instruments are placed nicely and the sound never feels like it’s bottled up or claustrophobic in terms of spacing.

Genre-wise, you’ll find these work with pretty much anything and everything. As mentioned in the Porta Pro review, I mostly listen to Hip-Hop, Jazz, Classical, and Indie Pop, with some Rock, Ambient, Soul, Motown, etc. thrown in for good measure.

I think the Porta Pro is likely best for harder genres with heavier bass emphasis, while the KSC75 and 30i tend to excel a bit more with a wider variety.

As a jack of all trades, I’d take the 30i over the other 2. For strictly harder stuff I may just buy a Porta Pro, but again, I’d likely just get a 30i as you’re getting the best of both worlds. I guess it really depends on what you listen to.

For me, the 30i strikes a perfect balance between the too laid-back KSC75 and the sometimes too flamboyant/energetic nature of the Porta Pro. It’s a bit more resolving than a Porta Pro and sounds a hare better with regard to clarity and detail, but only because the mid-bass isn’t quite as forward. The Porta Pro just sometimes sounds ever so slightly “messy” if that makes sense.

It’s like when you don’t clean your room and stuff is a bit scattered, but you’re still not starring in this week’s episode of hoarders.

The KSC75 is the purest sounding out of these, and it’s hard not to love its no-frills, neutral sound. Still, I could never own one because of the comfort. If the KSC75’s sound was packaged as a 30i’s traditional build, I may opt for it over the 30i given my propensity to prefer an almost completely dead neutral profile.

As it stands, the 30i is my top choice overall because it has just enough lively flavor to keep me satisfied.

You’re not going to need an amp with any of these, but one could help if your phone’s DAC is bad like it is with mine. Beginners Guide: What is a USB DAC? Everything You Should Know! In that case, I’d go with something like a BTR3K as you can use it wirelessly with Bluetooth or wired on your desktop.

So how would I rank these in order?

Koss KPH30i. Basically a perfect headphone outside of the minor comfort issue. Mid-bass is beautifully done and it’s not fatiguing in the slightest. Just enough mid-range emphasis to keep most people happy for a long time. Non-fatiguing treble.

Koss Porta Pro. For those who listen to harder genres 95% of the time, you may opt for this over the 30i. Mid-bass can get a little out of line at times, but it’s a minor nitpick. The mid-range here is similar to that of the 30i. Non-fatiguing treble.

Koss KSC75. It was hard to put this last, but the comfort and dull factor keep it from ranking higher. It can sometimes almost laughably boring (See Nas’ 2nd Childhood). It’s almost anemic with certain tracks and while incredibly neutral, doesn’t make me want to do flips or anything.

SEE TEH KPH30i FOR YOURSELF ON AMAZON!!
CHECK IT OUT ON DROP!!

Well, that’s about it for today my friend! I hope you’ve enjoyed this Koss KSC75 vs. KPH30i vs. Porta Pro Shootout and came away with some valuable insight.

What are your experiences with the Porta Pro? If you haven’t heard it, would you purchase one? I would love to hear from you. Until next time… 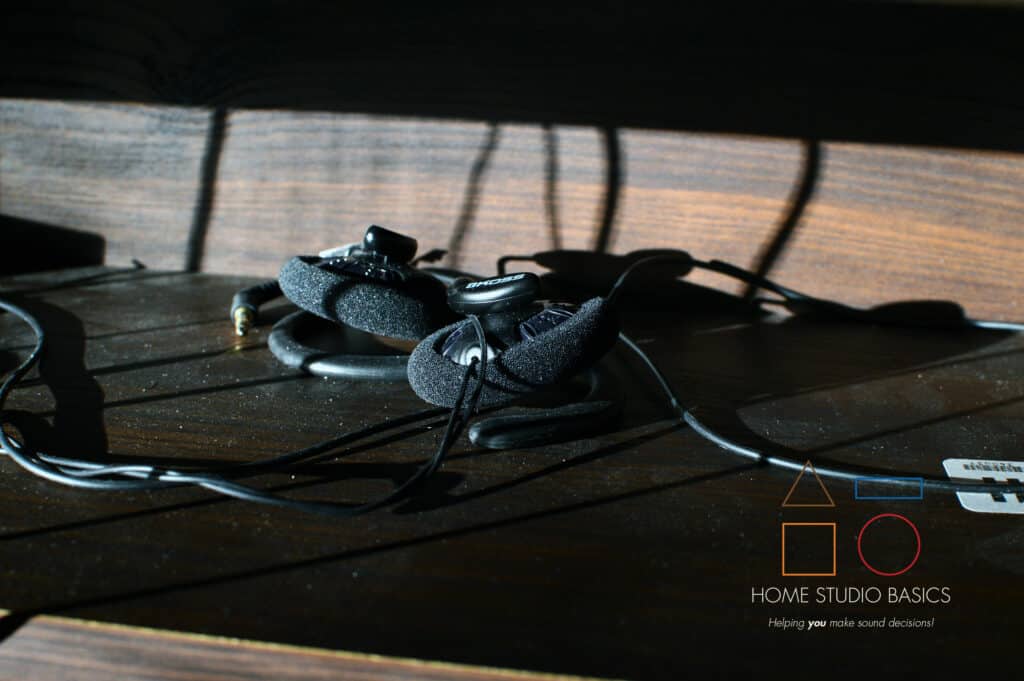 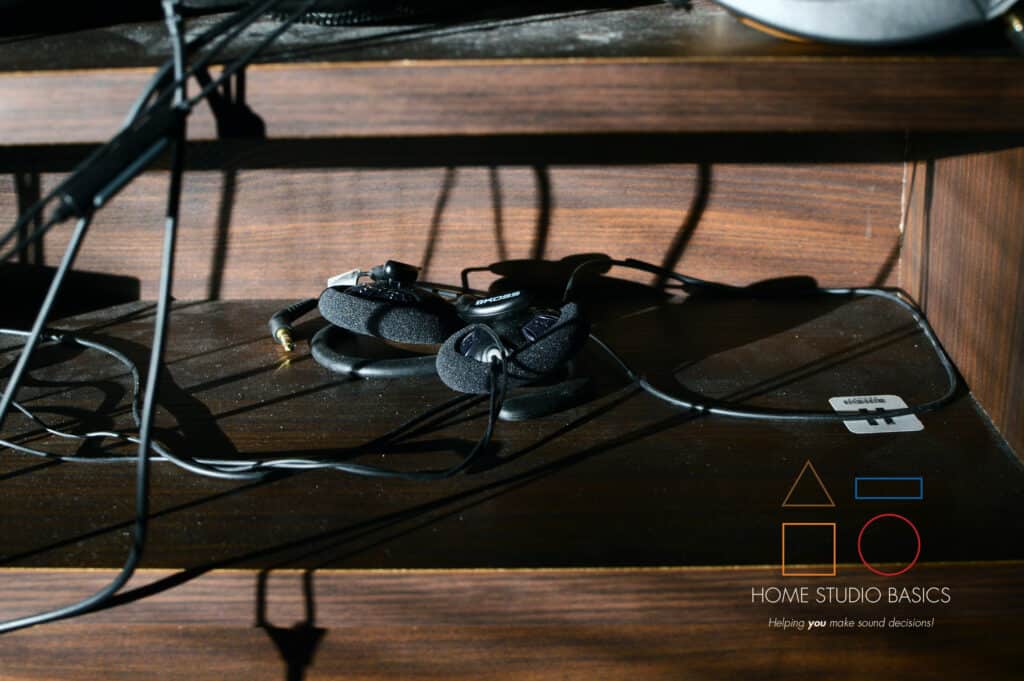 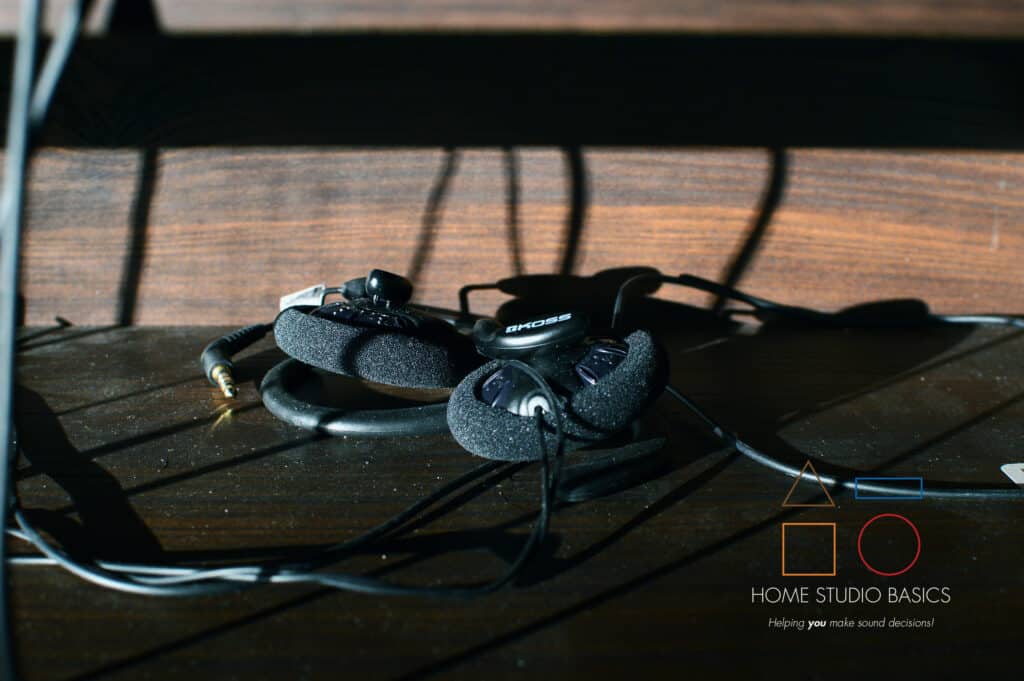 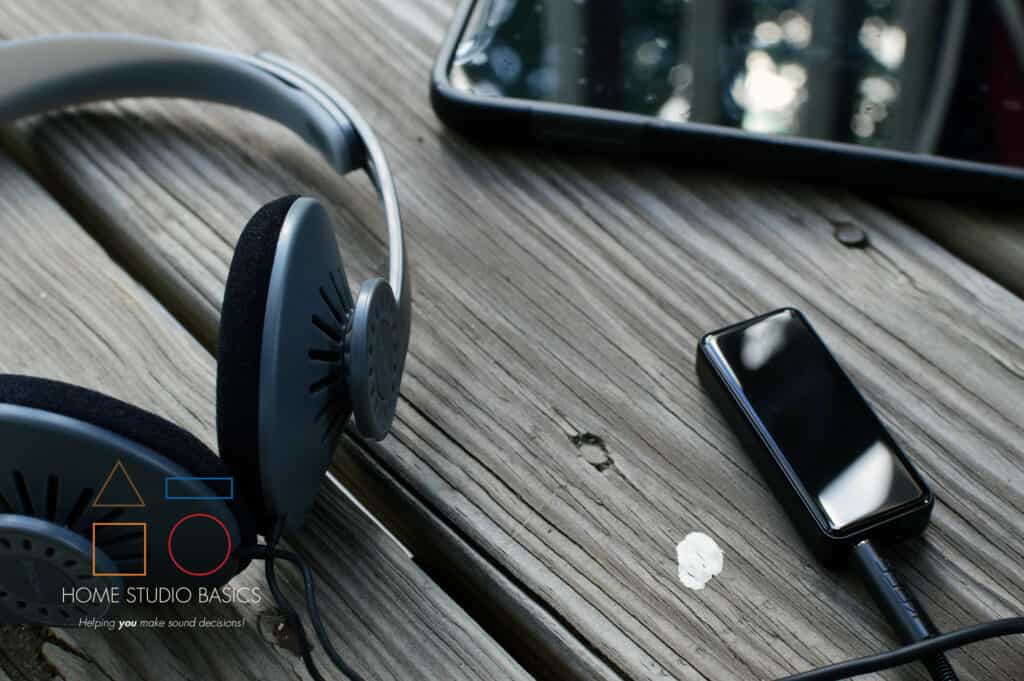 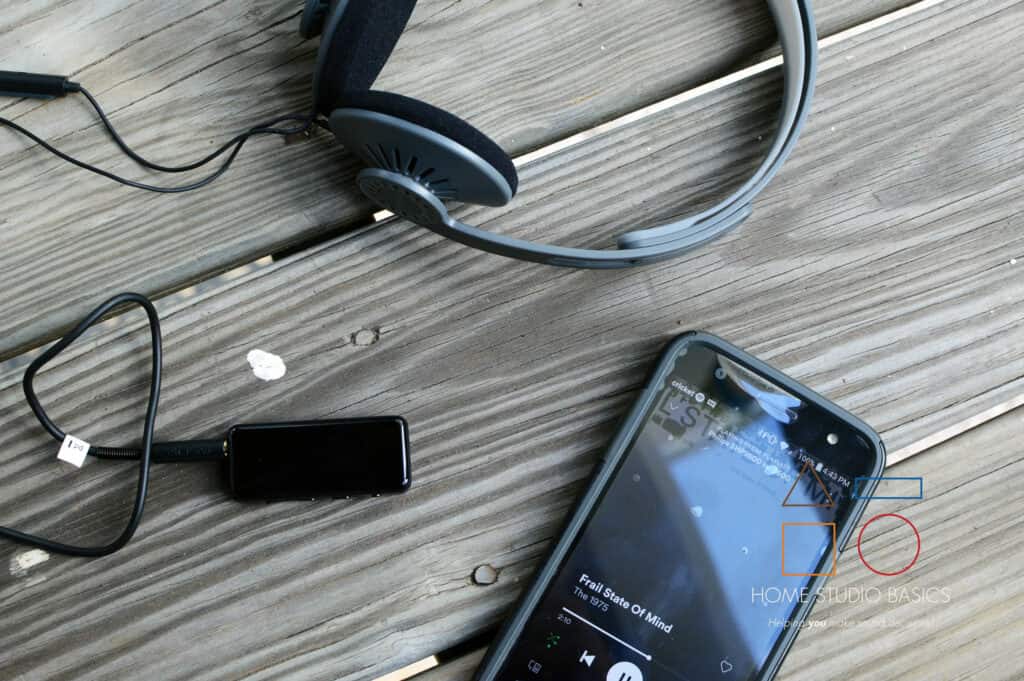